September 29 was just a great day of birding the James Bay coast. Although the winds were not ideal (from the southeast for most of the day), an OK variety of waterbirds was observed nonetheless including our only Ring-necked Duck of the trip. The sun came out mid-morning and the mercury rose to a balmy 12 degrees Celsius. Good numbers of songbirds were around to keep us entertained during low tide and it was just a beautiful autumn day.

The "best" bird of the morning was probably the Cackling Goose that Alan spotted with a flock of Canada Geese loafing on the flats to the west - a surprisingly scarce species for the area. Up to that point the birding had been very slow so I figured I would kill some time and go for a walk out onto the flats to get a better look and maybe some photos.

Shorebirds are a constant feature of the southern James Bay mudflats this time of year. A small group of American Golden-Plovers and various other shorebirds tolerated my presence for a few minutes as I stopped to photograph them fifteen minutes into my walk towards the geese. 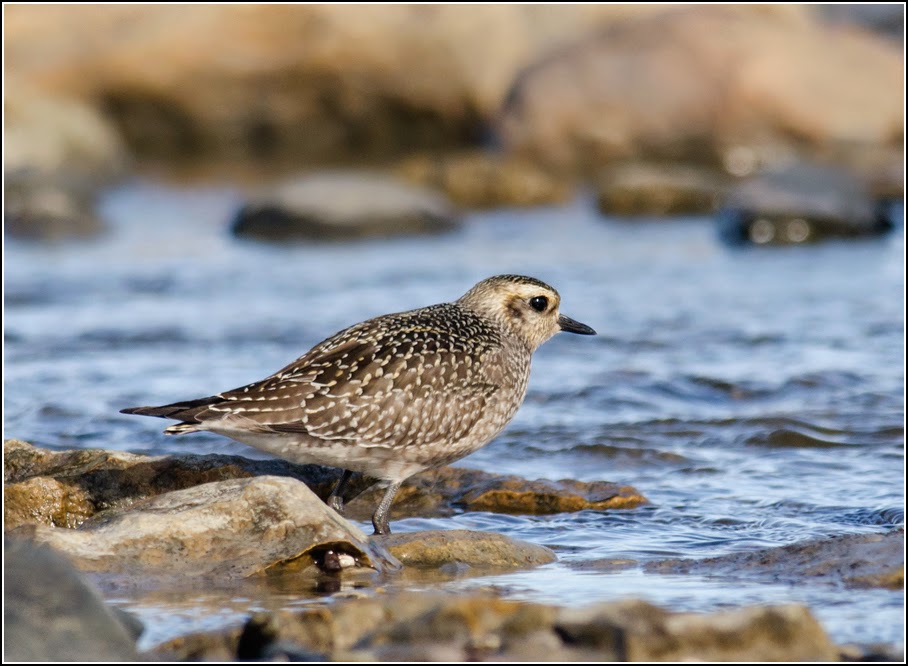 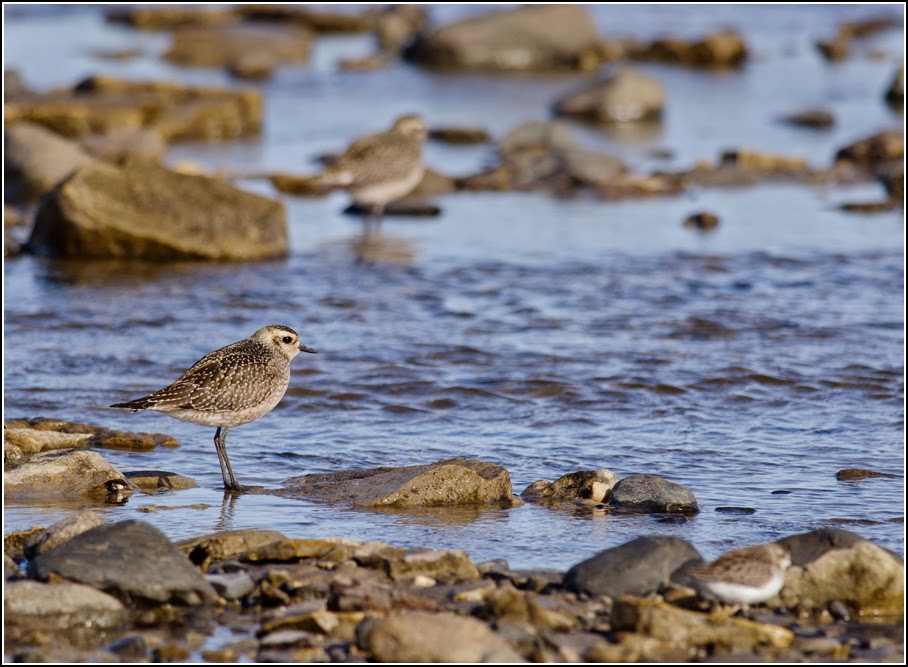 It is interesting how my perspective on the timing of shorebird migration has changed since I've started going to Netitishi Point. Semipalmated Sandpipers, such as the individual below, generally vacate the province by early October. Yet at Netitishi it isn't uncommon to see them late into the year - last year we even had this species into November. Pectoral Sandpipers are another species that remains very common at Netitishi much later into the year than some would think! Every year we have seen numerous shorebird species much later into the year than what one would expect for even southern Ontario - Hudsonian Godwits, Least Sandpipers, and Sanderlings to name a few more. I guess it goes to show that as long as the habitat exists and the food remains plentiful, the birds will have no need to leave. The extensive mudflats of James Bay complete with an abundance of invertebrates (delicious!) are perfect for hungry, migrating shorebirds and individuals may often spend weeks at a time bulking up for the long southbound migration.

After 2 - 3 km of walking I finally was close enough to photograph the geese. They certainly looked a bit closer through the spotting scope...

The Cackling is the little guy on the right!


The geese were somewhat skittish and the Cackling Goose eventually flushed, allowing me to grab some distant flight shots. After completing the fly around it -rejoined its compatriots on the mudflats.

We saw a few other interesting birds during the day. At one point Alan and I watched an interesting loon fly by heading east. Unfortunately, as is almost always the case at Netitishi, the loon was too distant to see well. It was probably a Pacific (they actually breed on the north coast of Ontario) but the views were inconclusive due to the distance. It would definitely be nice to finally get a good look at a Pac Loon at Netitishi - I feel like I'm due.

A Horned Grebe also graced us with a flyby - another species that is uncommon along the south James Bay coast.

I walked around looking for songbirds for a bit of time in the afternoon because the waterbird "flight" was pretty much non-existent. Kory had found a Nashville Warbler at one point along the north shore of the marsh near the cabins. We both went back to try to relocate it and came across the bird along with two Orange-crowned Warblers and one Yellow-rumped Warbler. And "Warbler Corner" was dubbed.

Kory and I also were entertained by a vocal A. Three-toed Woodpecker. It flew right past us - awesome but brief views of a normally tough to see species

When "taking care of business" in the woods you are always under the watchful eyes of several spastic Red Squirrels....

And finally, here's a photo of a female White-winged Crossbill. The chattering calls of a roving flock of this species was almost always evident from the tops of the spruces near the cabins. This species occasionally "irrupts" into southern Ontario during some winters but is scarce at best most years. Nice to get reacquainted with this species....

Posted by Josh Vandermeulen at 21:40