You're not going to believe this - the wind was out of the southeast all day on October 3. Not only that, but it rained for a good part of the day, severely limiting the bird activity. I ended up sleeping in until 9:00 AM - bad form, I know - and making it down to the coast for 10:00 AM. I was surprised to see that it was high tide, as yesterday the tide had not really come in at all.

Likely due to a combination of boredom and getting rained on, Kory had taken it upon himself to construct a roof for the shelter to protect us from the elements as we kept an eye out over the bay. I took these photos a few days later during a lovely snowsquall. 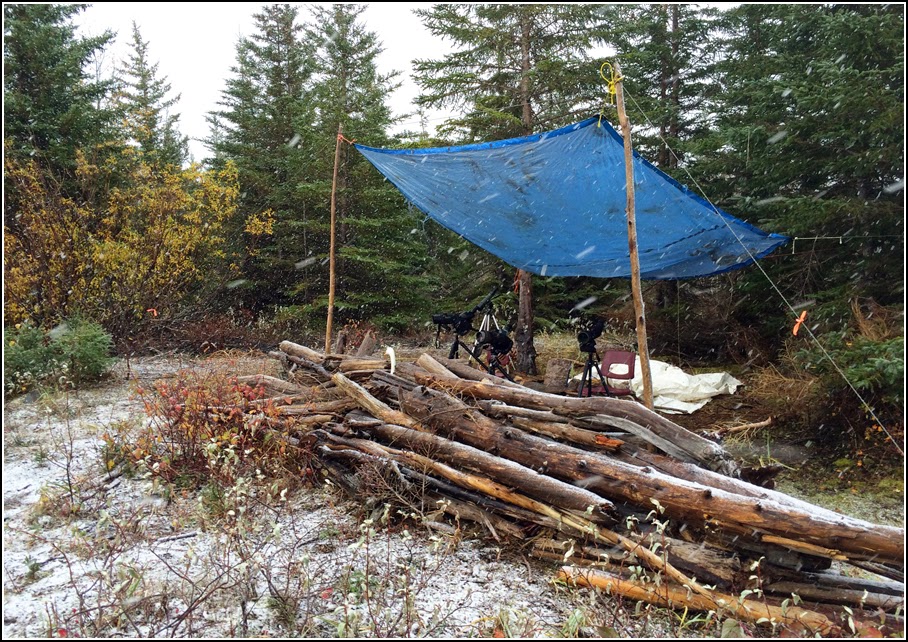 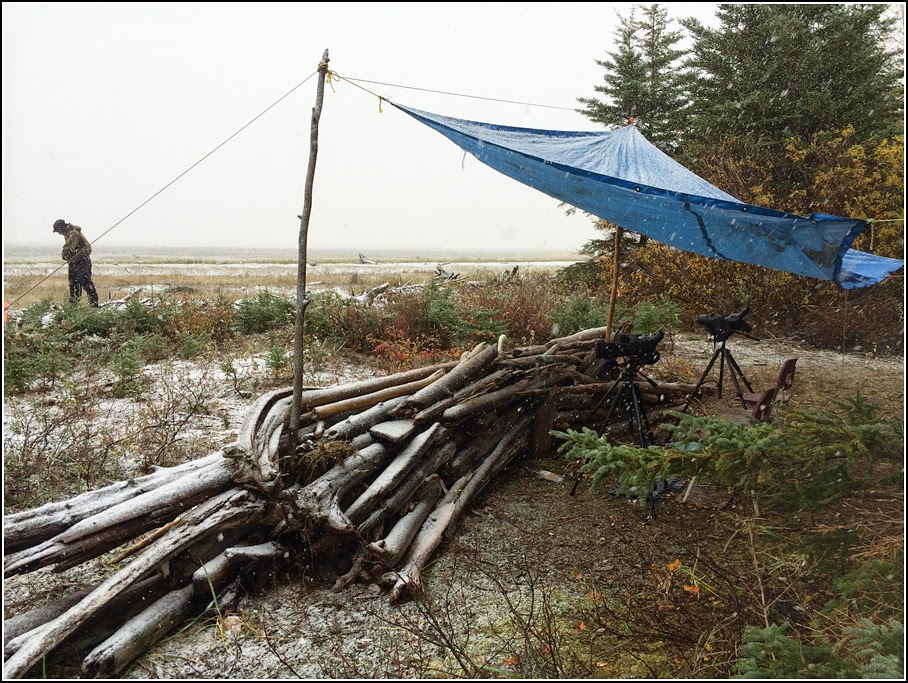 After a few hours of seawatching our grand total for waterbirds included 7 Canada Geese ("local" birds on the mudflats), 10 Mallards, two flocks of Northern Pintails, and a Surf Scoter. When the rain finally abated, Kory and I walked the familiar route along the shoreline to the east. The warm temperatures and strong southeast winds over the past few days had given us hope that a new southern vagrant had arrived, to go with the Blue-gray Gnatcatchers we had already discovered in the previous days.

As were heading back to the shelter we startled a dove which flew into a nearby tree. The Mourning Dove caused a brief moment of excitement, though we would have preferred a White-winged Dove! While a common species through much of Ontario Mourning Doves are unexpected at Netitishi Point. This was only the second one I've seen here.

The other new bird for the trip was found by Alan as he sea-watched by himself later that morning - two Red-necked Grebes flying by at close range. This is another species that is only sporadically encountered along the southern James Bay coast.

While today was relatively non-eventful, slow days like these really help birders appreciate the good days. Or so I've been told! Personally I wouldn't mind a higher frequency of good days at Netitishi since it can be some of the best birding in the province when the weather co-operates.
Posted by Josh Vandermeulen at 11:11