My overnight flight from Toronto to Santiago was relatively uneventful, and I even managed a few hours of sleep. I was feeling a little bleary-eyed as I touched down in Chile, but the rush of excitement over what the next few weeks had in store was like a shot of caffeine. I quickly made it through customs without any issues and since I was only taking a single carry-on bag (my backpack) I was able to skirt around the baggage terminal. Two familiar faces were waiting in the terminal to great me - it was good to meet up again with Dave and Adam and start this adventure!

We were planning on covering a lot of ground on this trip - from Santiago south to Patagonia, and then northeast along the Atlantic coast of Argentina to Buenos Aires. We had planned to cover the long distances mostly with overnight buses, but we had a single internal flight planned; from Puerto Montt in central Chile to Punta Arenas in the south. Our itinerary allowed four days in the vicinity of Santiago at the start of the trip. To cut down on travel time as well as provide us with the opportunity to visit a number of key locations, we had pre-booked a rental car for this four-day period. 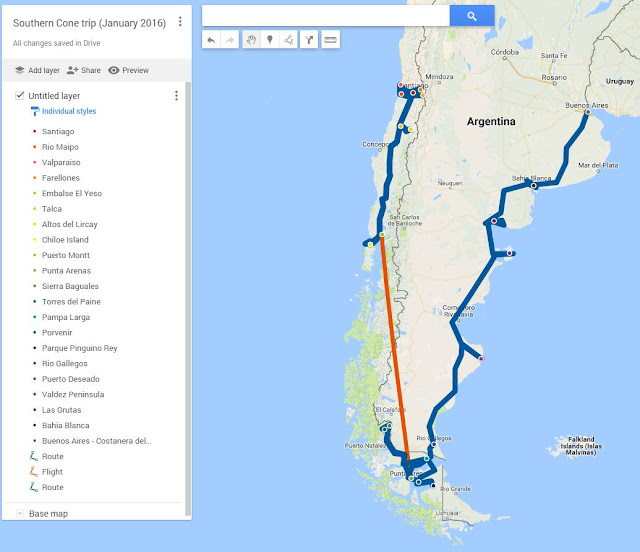 Picking up the rental car at the airport went relatively smoothly and before long we were on our way, cruising west through the foothills and towards the coast, and our destination of Rio Maipo.

The Rio Maipo river-mouth is an easily accessible location for birders, located on the coast near the town of San Antonio, due west of Santiago, the capital. The expansive Scirpus reedbeds at the river-mouth provide habitat for a wide variety of interesting waterbirds and marsh birds characteristic of central Chile.

We parked our car in a quiet area and walked towards the marshes along a dirt roadway. New birds came quickly as we trained our eyes and ears on the surrounding landscape - Spectacled Tyrants, Rufous-tailed Plantcutters, Black-chinned Siskins, the endemic Chilean Mockingbird, and many more. Picui Ground-Dove is the local ground-dove in this part of central America, and dozens flushed as we approached along the dirt road.


The birding was pretty exciting and any remnant cobwebs from the long red-eye flight were quickly shaken as we adjusted to this new landscape. We slowly meandered along some footpaths towards the river, flanked by extensive reedbeds. It was here that several species can be found, some which are highly localized. Our attention was soon drawn to some movement in the reeds and while it took a few moments for the bird to show, the distinctive yellow, red, black and blue coloration of the small bird was immediately recognizable as the plumage of a Many-colored Rush-Tyrant. While widespread in south-central South America, this is a highly sought after species for visiting birders, due to its somewhat secretive nature and exquisite coloration. Eventually we were treated to much improved looks, and we even managed some photos. A great start to the trip!


Wherever Many-colored Rush-Tyrants are found it is a safe bet that Wren-like Rushbirds are also nearby. This is another species that is directly associated with Scirpus reedbeds.


We thoroughly enjoyed our time exploring the reedbeds, slowly making our way on foot towards the coast where thousands of gulls and skimmers could be seen roosting on the beach. Along the way, we continued adding new birds such as Plumbeous Rail, Yellow-winged Blackbird, Tufted Tit-Tyrant and Sedge Wren. For now, the Sedge Wrens in South America are considered the same species as the ones we get breeding in Ontario.

Gulls and shorebirds are a favorite of mine so I was eager to check out the big flocks roosting along the beach. Black Skimmer, Franklin's Gull and American Oystercatcher were some of the more common species while Kelp Gull was the default "large gull" of the area.

The thousands of Franklin's Gulls provided excellent looks, but I was more interested in the small groups of Gray Gulls. This species is, in my opinion, one of the most attractive gull species, and one that I had anticipated seeing for some time.


Looking west over the ocean, we enjoyed views of our first Great Grebes as scattered individuals peppered the horizon. Flocks of Peruvian Pelicans and occasional Peruvian Boobies cruised by, along with our first Neotropic Cormorants of the trip.

Retracing our steps along the river towards where we had parked, we noticed several lizards in the scrubby areas. Impossible to get too close to, but good enough for "record photos". I still need to work out the ID on them. 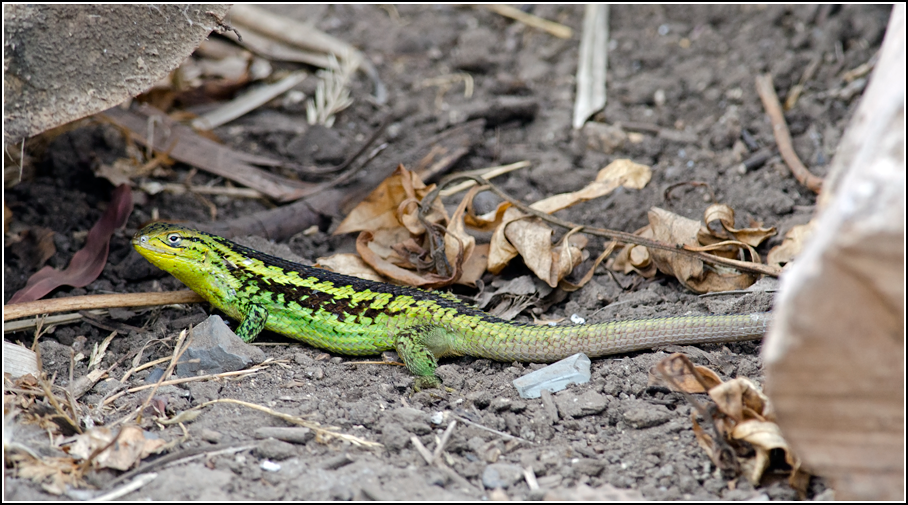 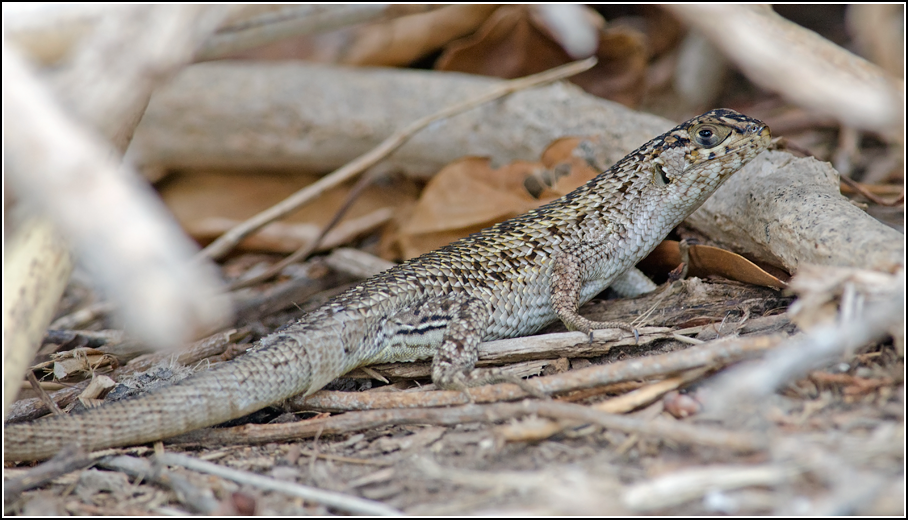 We departed the Rio Maipo area after a very successful two and a half hours. It was now almost 6 PM and we had one more location on our agenda. After stopping briefly to scan a distant wetland for ducks and coots, we grabbed some roadside empanadas and drove over to Punta de Tralca, a scenic beach popular with locals.

Our interest wasn't in merely enjoying a beautiful Friday evening along the idyllic coast; we had a particular target bird species we hoped to encounter here. The Seaside Cinclodes is one of the more widespread endemic birds to Chile, though it is very limited in its habitat preference; the rocky Pacific coast of Chile. In the right habitat however this species can be relatively common, and Punta de Tralca had some recent eBird reports.

After clambering over some rocks and enjoying the view over the Pacific Ocean, we got down to work and began scouring the coastline for our target bird. It took a little bit of searching but we heard several and eventually spotted a few of them.


It was now past 8:00 PM, but due to our latitude and the time of year, sunset was not for almost two more hours. We spent some time just enjoying the view and scanning out over the ocean, occasionally spotting flocks of Peruvian Boobies with some Red-legged and Guanay Cormorants mixed in. We also located our first giant-petrel, though unfortunately it was too distant to identify to species.


It was tough leaving such a beautiful location, but we had a little bit of ground to cover to make it north up the coast to Quintero, where we had a pelagic boat trip scheduled in the morning. The drive was relatively uneventful and it took us a bit longer than we would have liked to find a place to stay, but by 11:30 PM we were dreaming of diving-petrels, albatrosses and shearwaters. It had been a very successful first day in Chile.
Posted by Josh Vandermeulen at 19:30

The grey gull is a beautiful species!

It sure is! One of my favorite gulls for sure.