While we are on the theme of species new for Canada...

Over the Labour Day long weekend, Laura and I traveled to Amherstburg and Point Pelee to catch up with some friends and to do some exploring, the results of which I will detail in a different blog post. On the Monday, we were hiking in the Cactus Field at Point Pelee National Park when Laura drew my attention to this spectacular caterpillar, resting on some Greenbrier (Smilax sp.). 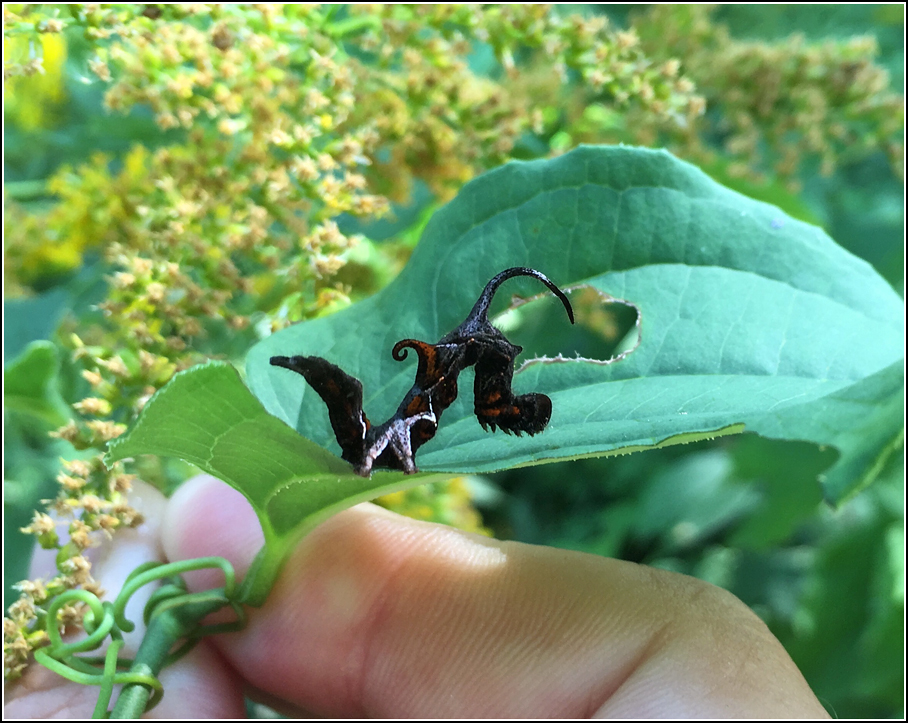 We had never seen anything like it in Ontario and took a bunch of photographs, hoping to identify it later. That afternoon we determined that it was a Curve-lined Owlet, a species of moth typically found in the southeastern United States and that specializes by feeding on Smilax. I sent the photos to David Beadle, who, along with Christian Schmidt, confirmed that this is the first documented sighting of Curve-lined Owlet in Ontario and Canada. 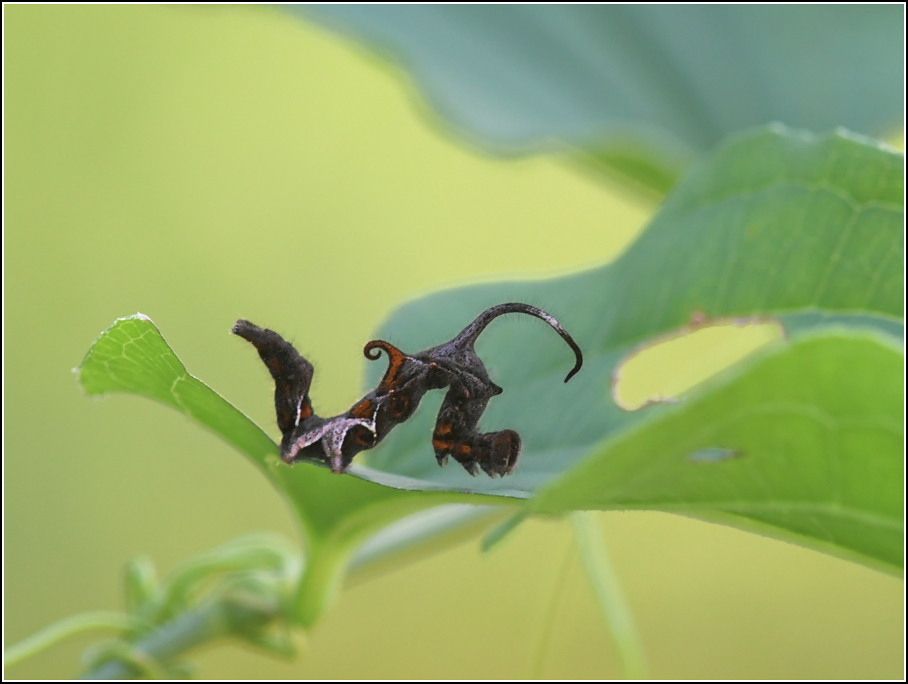 Considering the prevalence of Smilax at Point Pelee and the presence of larva, Curve-lined Owlet must certainly have a population at Point Pelee. It would be interesting to see what other "southern" species not known to Canada might be present at Point Pelee if an extensive inventory of moths was completed in the park. The diversity of moths in our province is mind-boggling (over 3300 species and counting), and examples like this illustrate how much more there is to learn about their natural history here locally.
Posted by Josh Vandermeulen at 13:52