February 21
After not sleeping in two days, it was pretty tough getting up the next morning but by 6:30 we were out the door and headed for Tijuana Slough. What a cool place! Before long we had Light-footed Clapper Rails calling and even had some out in the open. Belding’s Savannah Sparrows were singing and we had a look at a Large-billed Savannah Sparrow. There were tons of shorebirds, and I was happy to have a Long-billed Curlew and Clapper Rail in my scope at the same time. We scanned over the lake, hoping for tubenoses or alcids, but instead were rewarded with singles of Parasitic and Pomarine Jaegers. Some confiding Willets and Marbled Godwits on the beach sure were nice in the morning light!

We enjoyed excellent views of Pelagic Cormorants here as well. I was happy to see a few Rock Squirrels, lots of Marsh Squirrels, and singles of Telephone Pole Squirrels and Car Squirrels (subspecies Ford, if I recall). Later on we walked a nearby field and found Western Meadowlarks, our first Say’s Phoebe of the trip, and a few Anna’s Hummingbirds.

Western Meadowlark - almost as pretty as the development behind it.

Dave and I heard a Gnatcatcher call but it was a Blue-gray instead of the hoped for California Gnatcatcher (we would end up missing that species on the trip). We stopped at a great Mexican place to eat lunch. Brett and I had crab stuffed shrimps, wrapped in bacon, and served with refried beans, avocado, corn tortillas, rice, and salsa. Mmmm!! We were disallowed from purchasing a pitcher of Mexican beer because 3 of us were underage in the states..... After this, we made a few more stops along the coast for waterbirds. We turned up our only Brant of the trip and also saw some bottlenose dolphins feeding. We had great looks at about 8 Black and 1 Ruddy Turnstone, but no surfbirds, tattlers, or oystercatchers.

Our next stop produced one of our best finds of the trip. I can’t recall the name of this small park, but it was right near the Mexican border. We turned up some cool things like Hutton’s Vireos, Bewick’s Wrens, and a Pacific Wren, as well as dozens of Orange-crowned Warblers. The subspecies in the west is a lot brighter than ours. Dave and I then heard a Pine Warbler calling from the top of a coniferous tree. When we reconvened with Brett and Matt, Brett also mentioned that he had a Pine Warbler singing. It wasn’t til later in the trip when we realized that this was actually a very good bird for California in the winter with only a couple seen each year. Our next stop was alongside a road that paralleled the Mexican border. We had an interesting chat with a border guard, added Red-tailed Hawk and Common Raven to our Mexican lists (they flew over the border), and saw our first Wrentits, Cal Thrashers, and White-tailed Kites of the trip.

Also, somewhere in our travels in San Diego we twitched the Thick-billed Kingbird that had been hanging out for a while (but hadn’t been reported in recent days). Almost immediately after getting out of the car, Matt and I saw a kingbird-ish bird flying in someone’s backyard. Matt claimed “there is no way that is the Kingbird.” but we took a second look anyways. Turns out that it was the bird! Up next was DeGuido State Park. It was no surprise that we ended up getting lost on the way and we found ourselves halfway up a mountain (the theme of the trip!). At this point we still had not seen a Cassin’s Kingbird, so I called out that I was going to find one. Not 10 seconds later we caught a glimpse of one on a wire, so we piled out of the van to take a look. While there, Brett found a Lark Sparrow just down the road! We eventually arrived at the State Park and enjoyed more great views of Say’s Phoebes and Cassin’s Kingbirds. Many Clark’s Grebes were on the lake, and we saw some road squirrels, rock squirrels, and tree squirrels. Brett and I had a surprise Gray Flycatcher and we also had our first White-throated Swift. This was a great spot and especially nice in the evening light. Unfortunately, we couldn’t tease out a California gnatcatcher out of the chaparral. This was the last possible area we could get this species, so it looks like we will have to return to soCal in the future. We left DeGuido and headed to Dave’s great uncle’s place in Desert Hot Springs – conveniently located near the Salton Sea. We enjoyed a great meal of barbecued chicken, spinach salad, and potato salad along with a couple glasses of wine. We were especially grateful for their hospitality and beds to sleep in!

February 22
Today was spent entirely at the Salton Sea. Immediately after waking up, we could hear the calls of White-crowned Sparrows around the cabin. This was the first time I had been in a desert before so it was great to soak up the scenery as the sun rose! I was impressed with how flat the desert was, with mountains surrounding us in all directions.


We arrived at the sea, seeing the first of many American White Pelicans of the day. Bombay Beach was an interesting town – pretty unfriendly looking, but we found a pretty sweet dog that we nicknamed Jimmy. Jimmy was the trip mascot and we debated taking him (her?) with us. 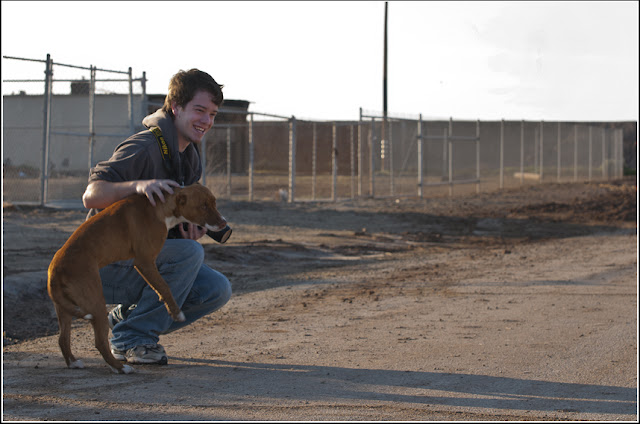 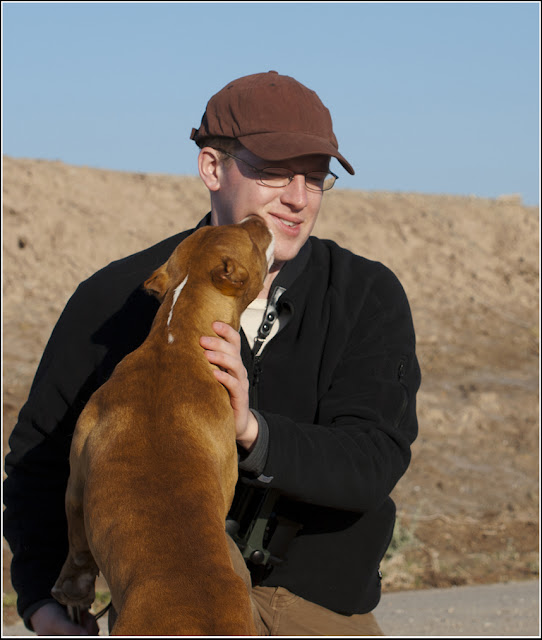 Along the lake here, we had a Thayer’s Gull, Black-necked Stilts, and hundreds of Eared Grebes. The Wister Unit was next, and in short order we had great looks at Gambel’s Quail, Black-tailed Gnatcatcher, and others. At the end of the road, we came upon thousands of shorebirds and waterfowl. By picking through them, we found our first Cinnamon Teal of the trip, many Dowitchers (both species), Yellowlegs, Green-winged Teals, and others. Dave got a dirt squirrel which I missed.


At one point I was listing some species in my scope....”Cinnamon Teal, Lesser yellowlegs, dowitchers, avocet, flamingos, green-winged teal, wait a minute did I just say flamingo?!” The flamingos were pretty kickass to see, even if they aren’t “countable”. We drove around the fields for a bit, struck out on dirtpipers (yup, still extinct), but did find flocks of Snow Geese, Ross’s Geese, Cattle Egrets, and White-faced Ibis.


We hiked around a nature center and caught a glimpse of a very bad-ass bird – Greater Roadrunner. This was definitely one of my favourite birds. An older couple put us on a Barn Owl roosting in a Palm tree which was great to see. The rest of the afternoon was spent checking out various spots along the lake, hoping to find a Yellow-footed Gull (there had been one hanging out along the western part of the lake). We did not have any luck, though we did come across another Burrowing Owl!


Our final stop was Salton City where a Pacific Golden-Plover had been overwintering. Brett located it almost immediately so Dave and I snuck up to it and got some half decent (half decent = shitty) shots.

Not long after, I picked out an interesting dark-mantled gull to the north, and Dave confirmed my suspicions that it was an adult Yellow-footed Gull. Right after, a second YFGU (this time a first year bird) flew right over us! The Salton Sea ended up being one of our most productive days – we saw just about everything we looked for.


We left for the long drive to Phoenix, stopped at a little Mexican place along the way, and crossed the border into AZ. We found an RV park but the owners weren’t around so we found a nice site and set up camp. What nice people at the RV park, allowing us to sneak a free night, complete with showers and everything. Ah, nothing like sleeping in a van with a bunch of other guys with the window open and the temperature below freezing. It was about 3 in the morning before we realized the window was open, but none-the-less I don’t think Brett or Dave got much sleep. I didn’t care though since my sleeping bag is awesome! ;)


The following day we had plans to enter Arizona, bird the Tuscon and Phoenix areas, and make our way to Madera Canyon to spend the night, which I will cover in part 3.
Posted by Anonymous at 21:22