Fun fact of the day:
The week between February 19 and February 25 is traditionally the slowest week of the year to find rarities in Ontario. As of 2011, there have only been two OBRC-reviewable rarities found in this stretch of 7 days ever. A Mountain Bluebird found February 22, 2000 at Prince Edward Point, and a Sage Thrasher found at Port Weller on February 24, 2006. Well after today, this week will be in the rearview mirror! The next two weeks each have had a whopping 5 OBRC-reviewable rarities found. These 10 records include 4 Ross's Geese records (which is no longer on the review list), Mew Gull, Tufted Duck, Western Tanager (?!), Townsend's Solitaire, Western Grebe, and Gray-crowned Rosy-finch.

It's cold, it's wintry outside, and I don't have a lot of motivation to go outside and get fresh, new, and exciting blog material. That means: it's time to catch up on things I have been meaning to for a while! Like finishing my series of posts from the trip I took in February a couple of years ago. I wish I was there now....

February 26
9 hours and many torrential downpours later we finally pulled into the marina at Ventura only to find that the boat trip had been cancelled due to the weather. Not to worry as we had 2 days planned on the coast. So we switched up our itinerary and spent the day in the mountains, with a plan to hit up our boat trip to Santa Cruz Island the following day.

Dave knew of a spot called Happy Canyon that was supposedly pretty good so we made that our first stop. Our main target here was Yellow-billed Magpie. The habitat ranged from low farmland to oak forests to montane scrub to Ponderosa pine.

As we headed up the road we saw many bluebirds (including our first Mountains!), California Quail, Bewick’s Wren, and quite a few of our target birds. We had great looks at many of these birds on the way up and the way down the canyon.
We were soon in the montane scrub so we spent some time beating the bushes for whatever bird life there was.


A few sparrows, including Golden-crowned and Fox were around, as was a Wrentit and surprise Cassin’s Vireo. Further up the mountain snow started appearing on the road. Naturally, the road was closed with only a light sprinkling of snow blanketing it. Well, I guess this is California! We walked up the road a bit further and picked up Band-tailed Pigeon, Stellar’s Jay (finally!), and Mountain Chickadee. 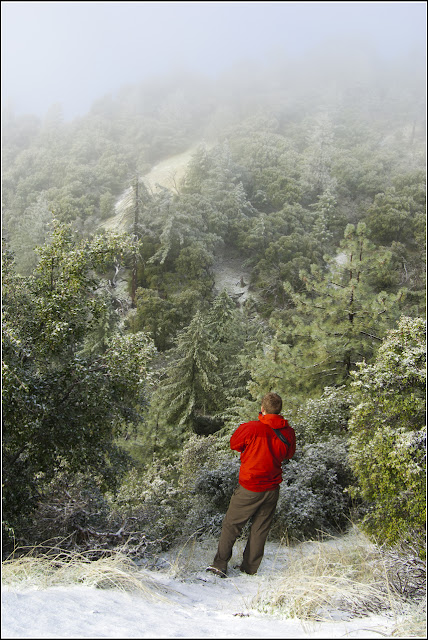 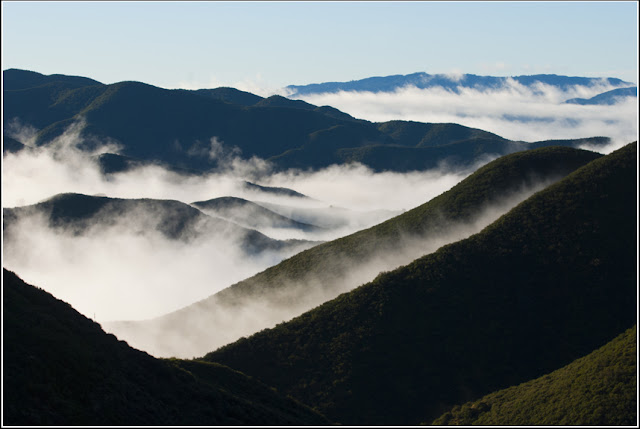 We stopped at Lompoc, a “sure bet” for Chestnut-backed Chickadee at their southernmost breeding spot. In the estuary were many shorebirds, herons, and waterbirds including Western and Clark’s Grebe and Snowy Plover.

We briefly checked the beach and in the high winds we picked out an alcid sp, many gulls including Mew and Glaucous-winged, Surf Scoter, and Pacific Loon. I thought it was really cool on this trip to do a sea watch and see all these species that rarely, if ever, we get on our Ontario lake-watches.
No luck with the chickadees, but then we found a decent patch of willows and decided to give it a shot. Brett flushed a Short-eared Owl, we saw a Pacific Wren, and eventually a few Chestnut-backed Chickadees showed! With the Mountain Chickadees earlier in the day, the Mexican Chickadees in Arizona, and the Black-capped and Boreal I had a few weeks prior to the trip in Ontario, that made it 5 (out of 6) of the North American chickadees for me.

We grabbed some lunch in town and headed towards Mount Pinos in an attempt to see some more montane specialties. In particular, we were hoping to see the noblest of all birds - the White-headed Woodpecker. Well, near the top of the mountain it was -10 C with 2 feet of snow on the ground! I think the only bird we saw here was a Golden-crowned Kinglet but we did play in the snow for a bit! I guess the woodpecker will have to wait until the next trip.

A snowstorm was moving in so we started heading back down the mountain. We ended up in Ventura, grabbed a hotel, and even picked up a few beers. We only got through 1 or 2 before total exhaustion kicked in and we crashed. Considering that the morning had started off with the disappointment of having our boat trip cancelled, we had a pretty good day with most of our target birds acquired. It is pretty amazing that we can see coastal species (Western Grebe, Pacific Loon, Sanderling, etc), montane species (Steller's Jay, Mountain Chickadee), local specialties (Chestnut-backed Chickadee, Yellow-billed Magpie) and everything in between in just one day! 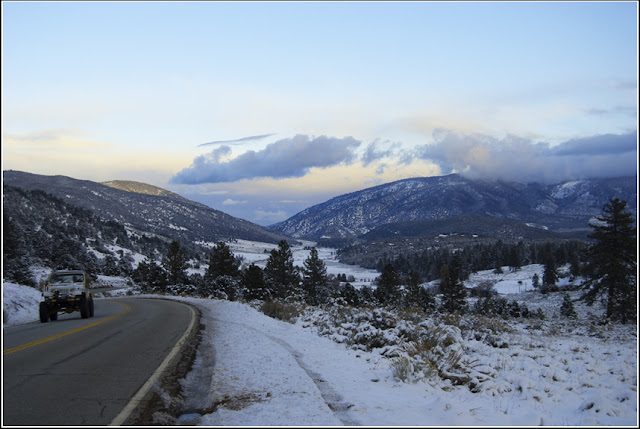 Part 7 will cover our boat trip to Santa Cruz Island.
Posted by Anonymous at 10:33

Yes Mt Pinos is a great place for White-headed Woodpeckers. I saw many when I was working on Condors. However I found them easier the eastern Slopes of the Sierras just south of Mono Lake.