October 6 was a relatively warm day on the coast for the date and as a result quite a few insects were flying (I'll be making a post about the dragonflies of Netitishi eventually). Birds on the other hand were few and far between, and yet again sea-watching consisted of just that - watching the sea. Personally I saw only fifteen individual waterbirds on the day!

Eventually, Jeremy, Kory and I made the usual trek down the coast to the east. The sun came out for a few hours , illuminating the attractive coastline. 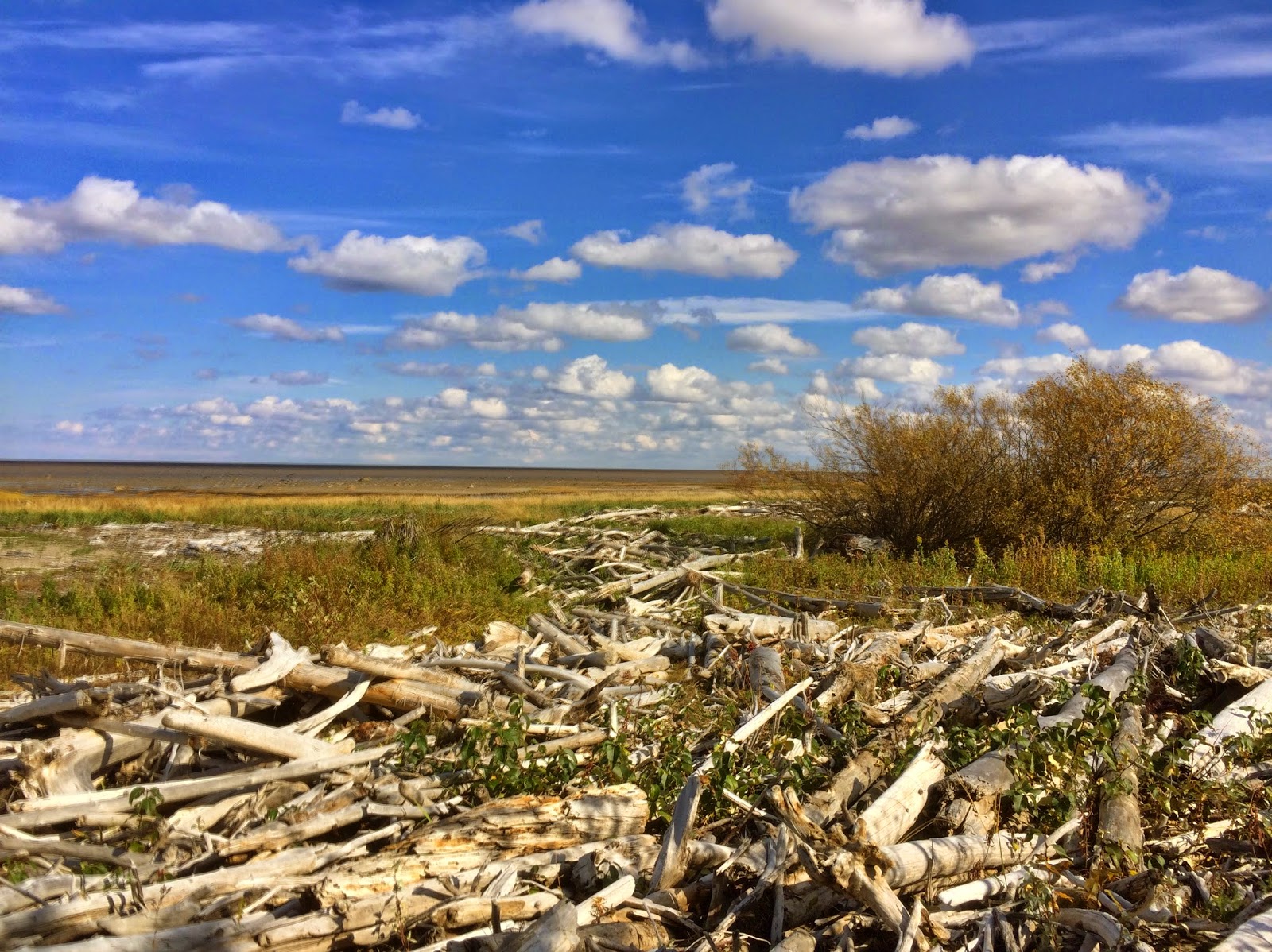 Instead of looping back after a few kilometers, we decided to cut inland to explore an area we had not been to yet. The spruces dominated this section of forest, and right on cue we spotted a female Spruce Grouse sitting quietly on the ground.

On my first Netitishi expedition in 2012, Alan and I only came across one Spruce Grouse, while in 2013 they were seen around the camp almost daily. For some reason, this year was a repeat of 2012 as we just couldn't turn them up for some reason. This grouse was a welcome sight, especially for Jeremy and Kory who do not see too many in the province due to where they live.

Grouse are often quite tame (= dumb), and this girl tolerated our close approach for photos. 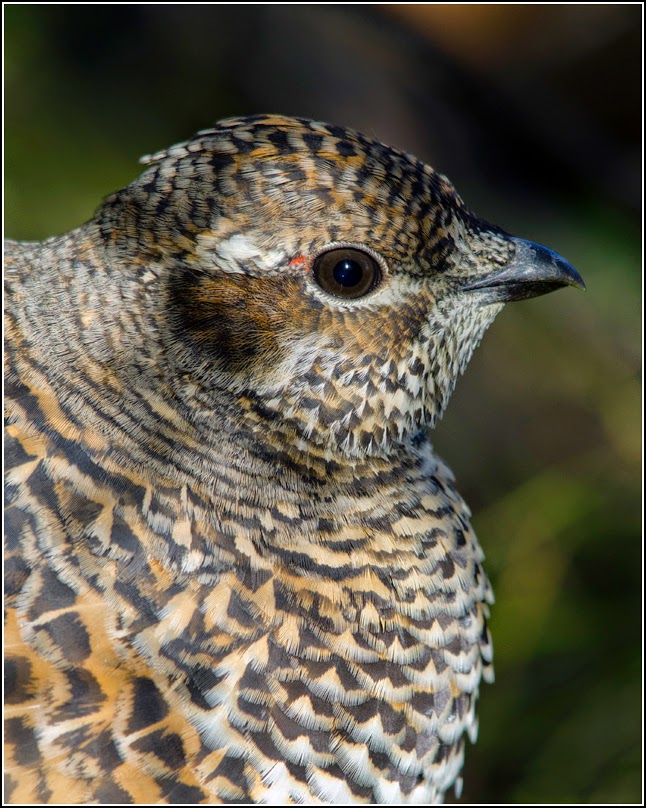 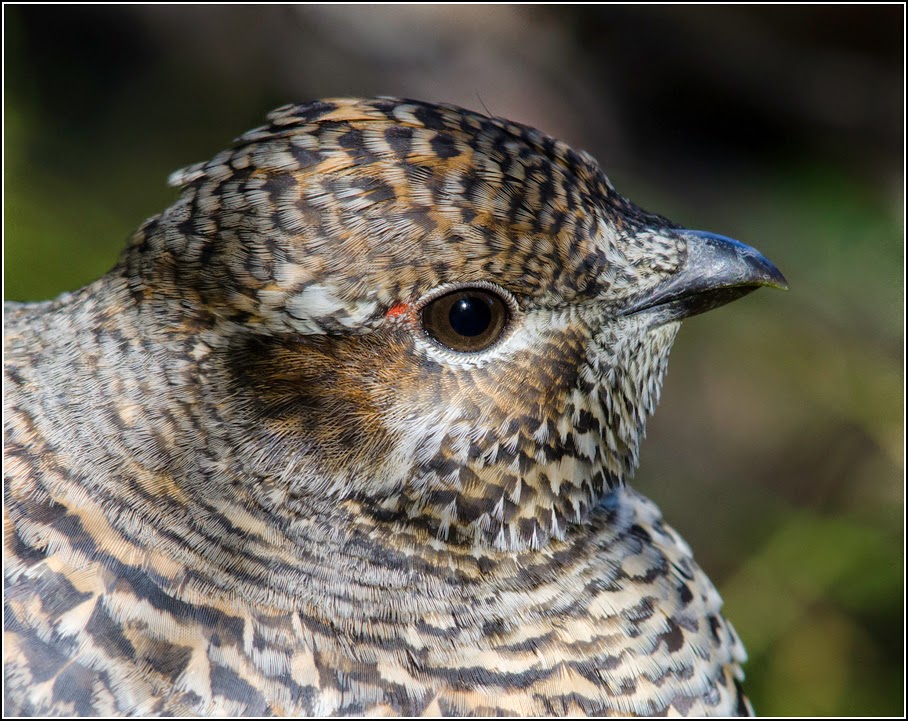 She even perched up photogenically on a log, though the vegetation prevented clean photos for us. 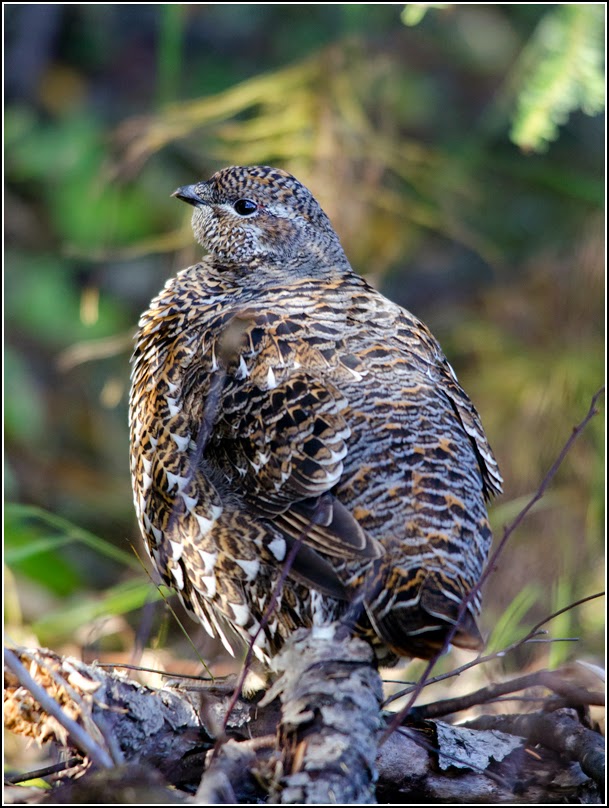 The grouse was certainly the highlight of the day for us, though other semi-noteworthy birds included the continuing Winter Wren by the cabins (getting late in the year for one) and two Lincoln's Sparrows.

Only two more full days remained for us on the coast!
Posted by Josh Vandermeulen at 12:31