Back to Netitishi Point, James Bay

The motel in Smooth Rock Falls is booked, train tickets for the Polar Bear Express to Moosonee have been purchased, and the reservations has been made with the helicopter company. I am heading back up to southern James Bay on a three week birding trip, leaving on Thursday!

I have also decided to change the banner photo for the blog, as the Semipalmated Sandpiper photo was getting a little old...it has been replaced with a white morph Gyrfalcon from the 2013 expedition to Netitishi Point.


This will be my fourth time visiting the southern James Bay coast in the autumn to look for migrating birds. Joining me for this adventure will be good friend Todd Hagedorn - a rookie to southern James Bay birding, though a budding naturalist with a thirst for adventure who is just as excited as I am.

Below is a map to Netitishi Point, located 35 km due east of Moosonee at the very bottom of James Bay. 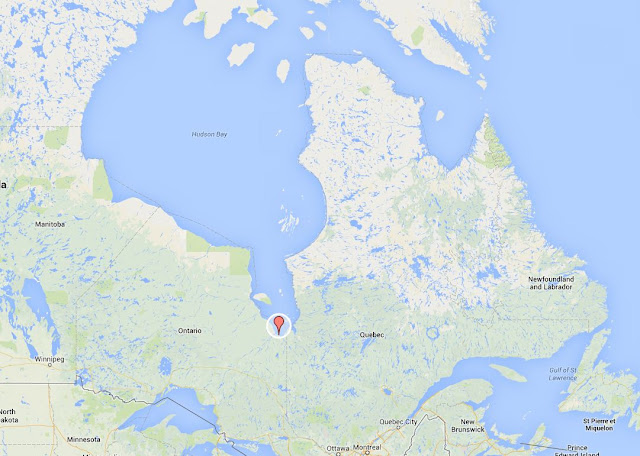 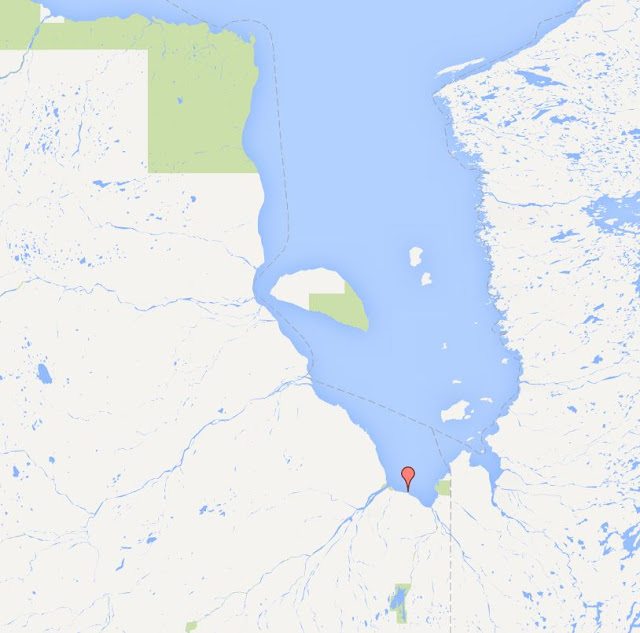 Netitishi is a small, raised point that is covered in tall spruces, a contrast to the surrounding coastline, which consists predominately of willows, alders and small tamaracks. Because of its location at the bottom of the bay, it is an ideal location to seawatch when the conditions are great as the coastline funnels the birds down to the bottom of the bay before they continue south at the mouth of the Harricana River, over the boreal forest towards their destination of the Great Lakes or Atlantic Coast.

Netitishi Point is one of the few accessible locations in Ontario where it is possible to see ocean species since James Bay is connected to the Atlantic Ocean. That being said, the only "regular" ocean birds that are seen in southern James Bay include Black Guillemot (and even these are not guaranteed on a 2 week long trip), though there are a handful of other species that show up from time to time. Most of the Ontario records of Northern Fulmar, for instance have come from southern James Bay while Northern Gannet and Dovekie also appear to have an established pattern of occurrence. Other rare seabirds that have been seen at Netitishi Point include Sooty/Short-tailed Shearwater, large alcid sp. (likely a Thick-billed Murre) and Ivory Gull, all this in only about 10-12 trips that have taken place to Netitishi over the years. Of course, there is the chance of coming across something really wacky at Netitishi if the stars align.

The tall spruces also serve to shelter birds seeking refuge, as well as draw them in from a large radius since the forested point is noticeable from quite a distance. In the few visits birders have made to Netitishi, an excellent variety of rare songbirds have been found.

This year's trip will be later in the autumn than my previous trips - we are scheduled to be on the coast from October 28 to November 13, while on previous trips the latest that I have stayed was November 3. I am hoping that our odds of finding a "later season" bird like Dovekie, Thick-billed Murre, or Ivory Gull will be increased by going this late.

The later date will, however, decrease our chances of finding interesting vagrant songbirds. By early November, even finding a Dark-eyed Junco or American Robin is somewhat notable! That being said, there are some later records of songbirds from Netitishi Point including:


This trip will be a little different than my three previous trips, as it will be the first time that I will not be accompanied by the late Alan Wormington. Alan was the person who opened my eyes to birding in northern Ontario. We went on three excellent expeditions to the coast, and I have many great memories from these trips.

Even without any rarities Netitishi Point is a spectacular place to visit. It is a ruggedly beautiful location for starters, and completely isolated from the outside world. On my first trip to Netitishi Point, I was there to look for rarities, first and foremost. In the years since, my priorities for visiting Netitishi have changed somewhat. While the rarities are still the main draw, experiencing the peace and solitude of Netitishi Point has increased in importance to me. There is something to be said about spending 2-3 weeks alone on the James Bay coast, with little to no communication to the outside world, and living in a cabin heated by a wood stove with no running water or electricity. 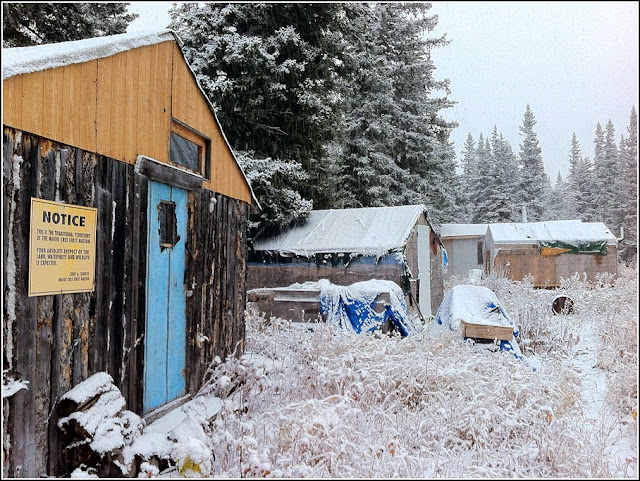 Many of the common bird species are ones that we don't see too often in southern Ontario, including Pine Grosbeak, Spruce Grouse, Gray Jay, Boreal Chickadee, and American Three-toed Woodpecker. Gyralcons are often fairly regular in late October and November - I have seen a total of six on my previous trips.


The shorebird spectacle on James Bay is quite something, even in late October and November. In southern Ontario shorebird diversity dwindles by early November, yet it is still possible to get 8-10 shorebird species a day at Netitishi Point! Some of the species I have recorded on James Bay on October 30 or later include Baird's Sandpiper, American Golden-Plover, Semipalmated Sandpiper and Hudsonian Godwit, species that are all fairly rare in southern Ontario by that date. Sanderling, a species that is virtually absent in southern Ontario by late October, will linger in large flocks on James Bay until freeze up. For instance on October 28, 2012 we counted 350 Sanderling at Netitishi Point. It is not too unusually to see Red Phalarope or Purple Sandpiper in November as well.


The mammals up here are also quite intriguing - we have seen Ringed Seal, Beluga, Gray Wolf and River Otter on previous trips, as well as tracks and scat of Woodland Caribou and Black Bear. I have heard rumors of a few Polar Bear sightings on the southern James Bay coast over the past few months - a species I have never seen before, though one I have wanted to see for years. We are very cognizant of the very real danger of Polar Bears and will be taking every safety precaution.

Wish us luck, and hopefully we will have an interesting report upon our return in mid-November.
Posted by Josh Vandermeulen at 18:18

Wow, this sounds absolutely amazing and a trip I would love to do one day in the future! All the best of luck and I look forward to reading about it when you get back. (p.s. I'm new to blogging about birds and I discovered your blog a few weeks back... it's very inspirational!)

I got to say, your blog is amazing! Do you work with birds if you don't mind me asking?

I'm not sure if this is appropriate but I've been working a 9-5 most of my life and never have the chance to travel! I'm very jealous to be honest! What is your secret? How do you travel so much in one year?

Thanks! Hopefully we will have some interesting things to report after the trip.

Thanks Jeff. I work full time as a biologist and also guide birding tours internationally on the side. This trip however is not related to my work. Cheers!

Hi Amy, I guess I've just always prioritized travel -I'm also fortunate in being able to bank my hours during the busy season so that I can take time off during autumn/winter when it's much slower.

Thanks, Seumus. There definitely is a chance of European vagrants there, though probably fairly unlikely for landbirds as there is a ton of land within North America that a rare landbird would have to go past to make it all the way to southern James Bay, and I think a tired vagrant from Europe would very likely stop somewhere else along the way well before making it this far. That being said, European vagrant shorebirds and gulls could very easily show up at Netitishi, if one ends up somewhere in the Arctic. With the vast numbers of birds that pass through James Bay every autumn there are more than likely several European vagrants mixed in.