Another year has come and gone! In this yearly tradition I will summarize what some of my highlights exploring the natural world have been over the past year. Without further ado...

While most of the year was spent exploring Ontario, I kicked off the year with an adventure to Chile and Argentina, along with David Bell and Adam Timpf. This part of the world always has held a certain allure for me, from the awesome endemic tapaculo species in Chile to the Diademed Sandpiper-Plover high in the Andes, to the wind-swept patagonian plains where rheas and guanacos dot the landscape, to the high number of albatrosses and other seabirds utilizing the productive ocean currents close to shore. And one cannot forget penguins!

Adam, Dave and I traversed a vast amount of land from Santiago, Chile south to Patagonia, and northeast along the coast to Buenos Aires, Argentina. Here I left the other guys after 3.5 weeks as they continued their adventure further into Argentina. The few mishaps that occurred along the way were just a small price to pay for the adventure, and we enjoyed every minute of the trip (well, except some of the overnight bus trips or nights spent on hard airport floors!). As well as buses we also utilized rental cars in certain areas as well as an internal flight to cover a large distance in southern Chile.

This was a hardcore birding trip, through and through, as we targeted as many of the "Southern Cone specialties" that our itinerary allowed. Nearly all of our main targets were acquired including each of the eight Chilean species of tapaculo, three species of penguins, iconic shorebirds including Diademed Sandpiper-Plover and Magellanic Plover, a whole whack of cinclodes, miners, canasteros and other furnarids, and many other endemic bird species on our route. Mammals were also well-represented - highlights for me included South American Sea Lion, Peale's Dolphin and Commerson's Dolphin.

After a quick turnaround in Ontario, I was back on a plane in early February. This time, I was returning to Cuba to lead a tour for Worldwide Quest. It was my first time as the solo guide from Worldwide Quest, but the trip was a resounding success. Exploring Cuba is an excellent opportunity for any naturalist, as the variety of endemic herps, insects and plants is very high. The birding is also fantastic, with species such as Blue-headed Quail-Dove, Bare-legged Owl and the tiny Bee Hummingbird just a few of the avian gems found on this island, the largest of the Greater Antilles.

After a successful tour I took an internal flight on my own to the other side of Cuba, where I managed to figure out a way to get into the habitat for a few other endemic species that the tour does not encounter. Despite being under the weather for most of this time I was able to find everything I was hoping to. Watching my first Giant Kingbird,one of the more difficult endemic birds, actively hunting in the dry forest just before sunset on my first evening was a definite highlight, as was observing these Cuban Parakeets. Less than 5000 individuals of this rapidly declining species survive in the wild, though these two were doing their best to stave off extinction!

The big highlight of the month of March was visiting Spain with Laura for a couple of weeks. It was Laura's fifth and final year of veterinary school in Edinburgh, Scotland, and in each of those years I have visited her for a few weeks in early spring. We made an effort to travel within Europe/northern Africa during each of these trips since flights are so reasonably priced within this part of the world. This year instead of joining up in Edinburgh, we met in Barcelona to start the trip. We stayed at my uncle's flat in Barcelona for a couple of days, and also spent some time at a chalet he had rented in a town high in the Spanish Pyrenees. Laura and I rented a car and explored the country at our own pace, finding most of my target birds and quite a few herps as well. It was great to see some of my family in the mountains as well - my uncle and his partner, my brother and his girlfriend, my mom's cousin, and my maternal grandparents also happened to be in Spain during this trip and we all met up at the chalet for a few days around Easter.

Some of the highlights of this trip from a natural history perspective included finding my most wanted bird for Europe - the Wallcreeper. Laura and I also enjoyed looking for snakes and lizards in the plains and woodlands, watching Lammergeiers flying directly over our heads high in the Pyrenees, finding the very localized Dupont's Lark (as well as all the other steppe specialties), and experiencing some absolutely stunning vistas on hikes through the Pyrenees. It is not hard to see why so many European birders and other lovers of natural history visit Spain. Apart from the abundant and unique flora and fauna, the country has amazing food, superb infrastructure, beautiful scenery and often ideal weather conditions.

April began with a quick 20 hour layover in Istanbul, Turkey on my way back to Canada from Spain. I arranged with a local birder to be picked up at the airport in late afternoon, driven north of the city to target a few birds, spend the night and then return back to the airport the following day by noon. Despite the short time frame I was very happy with my visit to Turkey - tasting authentic kabobs and looking at Pygmy Cormorants, Garganeys, Yelkouan Shearwaters and Caspian Gulls was a lot of fun!  I would love to visit this country again, particularly some of the areas in the southeast, once the political situation stabilizes.

I was only home for two weeks before I left on my next trip, this time back to Spain for Worldwide Quest. Due to a health issue with the scheduled leader, they needed someone able to step in on short notice. Fortunately the birds and other flora and fauna of Spain were still fresh in my mind and I was able to arrange the time off with my job, so off I went.

It was a great experience to return again to this country, especially since this return trip visited some key areas of the country that I had not yet been to and it was during the peak of spring migration. It was great seeing species like Eurasian Golden Oriole, Western Olivaceous Warbler and Eurasian Roller - species that arrive on the Iberian Peninsula in April, and that I had just missed on my trip with Laura. The tour went really well - everything went off without a hitch, the food/wine and accommodations were excellent, and we explored some really neat parts of the country. Some of the highlights included watching the storied hawk migration across the straights of Gibraltar, observing Lammergeiers feast on bones on a nearby hillside in the Pyrenees, enjoying the diversity of lizards and other herps on our hikes, and encountering Spanish Eagles, European Rollers, bustards and sandgrouse in the Santa Marta steppe. 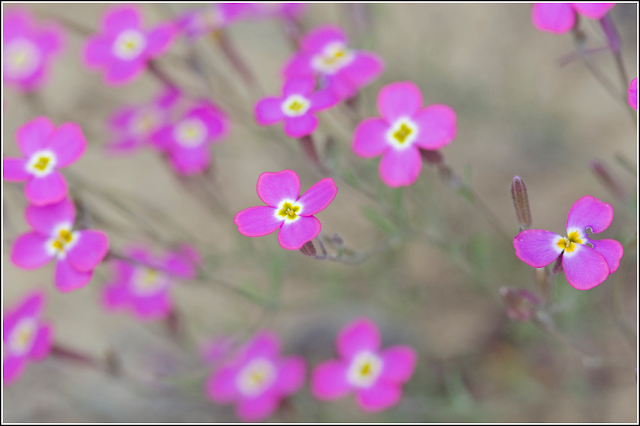 As usual, the month of May goes by much too quickly. This year I split time between Point Pelee and wherever my job dictated that I needed to be for fieldwork.

It was once again an excellent spring at Point Pelee, and I enjoyed birding with close friends and catching up with others that I rarely see outside of this time of year at Pelee. Of course, the birding was great too...Highlights this year for me included Black-necked Stilt, Neotropic Cormorant, several Summer Tanagers, a King Rail, two Mississippi Kites and great looks at Worm-eating and Cerulean Warblers.

Another highlight in May was zipping over to Brighton to twitch the Ruff that was found by Bill Gilmour and Mark Ansell, the second new addition to my Ontario list this year (after the Black-necked Stilt earlier). The Ruff was extremely cooperative and it was a great opportunity to photograph and study this species from close range.  A second worthwhile twitch was to Mud Lake Conservation Area near Port Colborne. A young Mississippi Kite was found here by Blayne and Jean Farnan, providing incredible looks during my visit.

June was, as is typically the case, my busiest month of the year work-wise. Unlike previous years, all my field sites were located in southern Ontario. While I missed seeing boreal birds and butterflies, I have to say that I do not miss the large swarms of blackflies and mosquitoes found in the spruce bogs!

In mid-June, Todd Hagedorn and I set out by boat to Georgain Bay Islands National Park for a weekend of camping. It was a great weekend of camaraderie and herping, and we saw just about everything we hoped to see. After such a bird-focused spring and early summer it is always nice to put down the binoculars for a bit and spend time with my "first love", reptiles and amphibians.


Posted by Josh Vandermeulen at 14:00