We managed to flag down a taxi in town and the driver was willing to take us across the island to where a colony of Magellanic and Humboldt Penguins can be found. We arranged for him to wait for us while we checked out the colony, and then to take us back to Ancud after we had had our fill of the penguins. 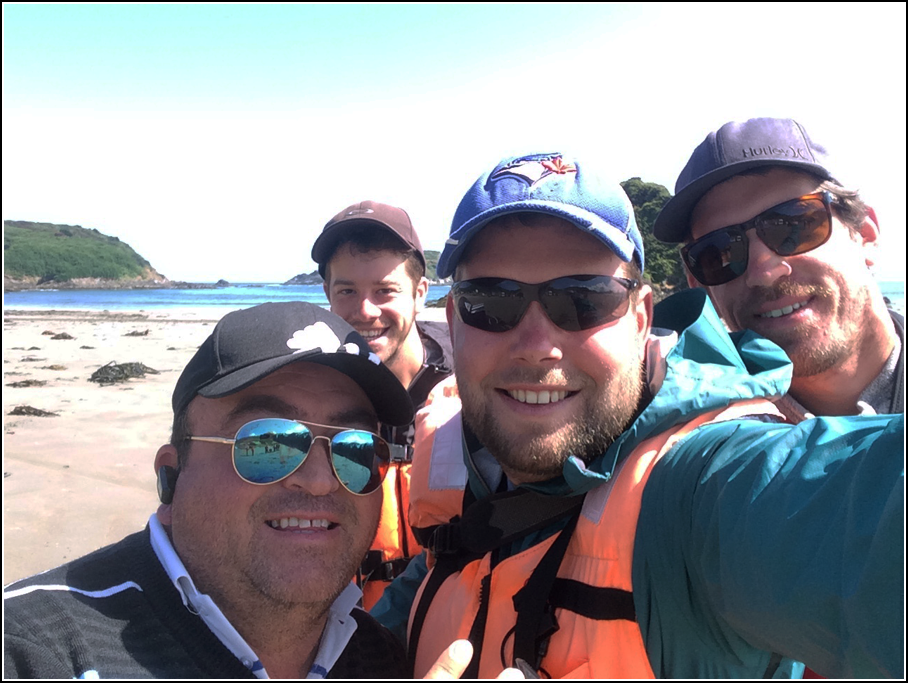 It was a beautiful sunny day and we enjoyed the scenery on route to the penguin colony. Finally by late morning we were here!


It is a common tourist activity for the many backpackers and other visitors on Chiloé Island to visit this particular penguin colony, and the local infrastructure is set up around this endeavor. We signed up for a boat tour of the colony (it is inaccessible by foot), then headed back to the beach to see what birds were around. This Kelp Gull obliged my request for photos.


Eventually we were ushered into a boat with a number of other tourists to view the colony from up close. 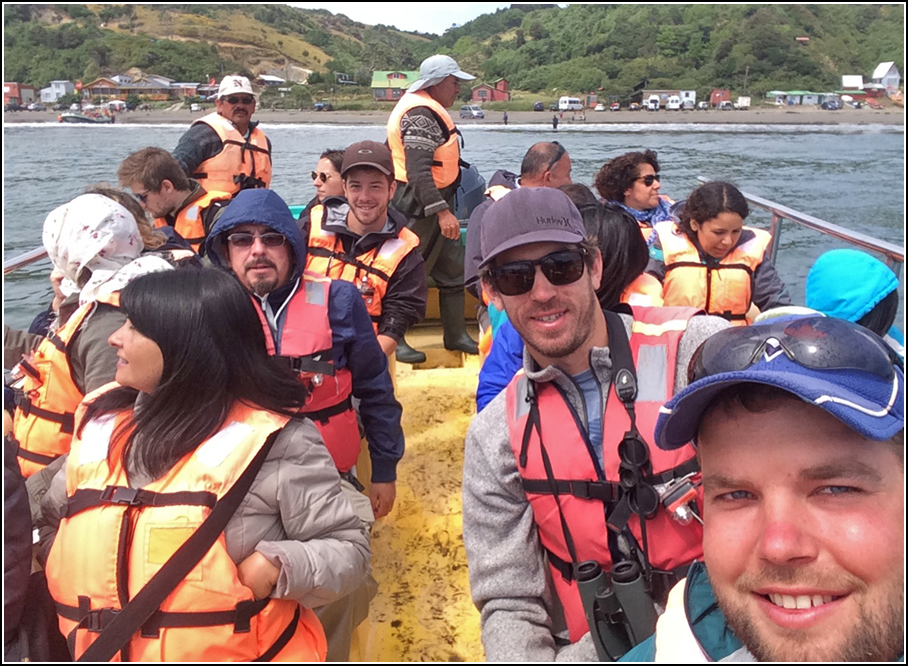 This contraption was used to transport people towards the boat resting in shallow water, to prevent their feet from getting wet. 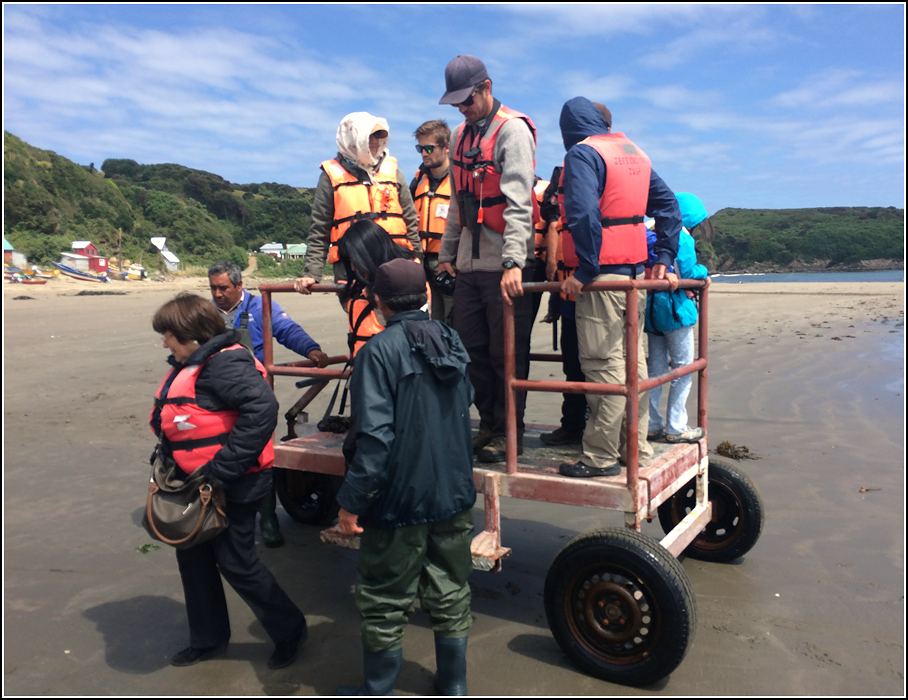 It was an incredible hour on the boat, observing the numerous Magellanic Penguins from up close. The only downside was that they packed so many of us onto the boat, and certain individuals had a tendency to stand up, thus blocking the views for those of us not fortunate enough to have a seat along the edge of the boat. It was more than a little frustrating at times, but eventually all three of us had great views of each of the species found at the colony. I will let the photos do the talking...


Occasional Flightless Steamer-Ducks were loafing around the colony, as well as a few Kelp Geese (our first of the trip!).

The above Kelp Goose is a male, while the female below is quite difference in appearance.


Cormorants were well represented here with three species; Neotropic, Red-legged, and our first Magellanic Cormorants. The Red-legged were easily viewed as they nested not far from the penguins.

While the colony was dominated by Magellanic Penguins we did come across at least six Humboldt Penguins. Some of the ways to tell Humboldt from Magellanic is the presence of a single breast band (vs two in Magellanic), and extensive pink at the base of the bill. We were thrilled and relieved to see this species, as it would be our only shot at it during our trip. Magellanic Penguins would later prove to be quite common further south in Patagonia.

And how could we forget the mammals...a single Marine Otter, and several South American Sea Lions.

Eventually it was time to return to the shore, where we disembarked and met our taxi driver again. We decided that we would explore the area for another half-hour or so before heading back to Ancud. Right next to the bay where the penguin colony is located, there is a hill one can climb that overlooks the stunning coastline; Dave had taken his mini-scope so that we could scope the throngs of Sooty Shearwaters that were streaming by. This Patagonian Sierra-Finch welcomed us at the top.


The views were breathtaking...

While scanning the Sooty Shearwaters, we spotted some distant whales; due to the size of their blows we surmised that they were Blue Whales! The waters around Chiloé Island host a summering population of this species, the largest animal in the world.


These lizards were also in abundance within the low vegetation along the cliff edges.They are in the genus Liolaemus, like many of the lizard species in Chile. It is not known how many Liolaemus species can be found in Chile, but the number could be over 100! Many are endemic to very tiny geographical areas.

Despite the difference in appearance I am pretty sure that both of these individuals are from the same species - Liolaemus pictus.

Eventually we decided to get going so we hopped in the taxi for the relatively long drive back to Ancud. By 4 PM we had booked a bus and were back on the ferry, saying farewell to Chiloé Island. I highly recommend this island for anyone travelling in this part of Chile! The scenery, food, and of course the penguins and other wildlife will make it more than worth your while.


We arrived in the city of Puerto Montt and set off to find a hostel, which fortunately did not take too long. And the view from the front yard wasn't bad either! We were right adjacent to the police station, which was either a good thing or a bad thing, depending on your perspective.

Back when we were still on Chiloé Island we managed to book an internal flight from Puerto Montt south to Punta Arenas, located within the heart of Patagonia. Our flight did not leave until late in the evening on January 17 meaning that we had a full day to "kill" while in Puerto Montt.


There were few remaining bird species for us to target as we had done quite well on the trip up to this point; the main miss being Pincoya Storm-Petrel of course. We walked down to the harbour to inquire with some of the fishermen about the possibility of chartering a boat to deeper waters to search for the bird, but we were unsuccessful in that regard. Instead we decided to take a bus along the coast to the southeast to where there was a ferry crossing a section of open water that was maybe 2-3 km in length. At least we would be on the water, and hopefully the storm-petrels would show!


Well, the ferry ride wasn't too exciting and we did not so much as sniff a storm-petrel! Oh well, you win some, you lose some.

After arriving back in Puerto Montt, we continued our trend of only eating the healthiest of dinners. We were a fan of the extra large beers that were available at every restaurant. 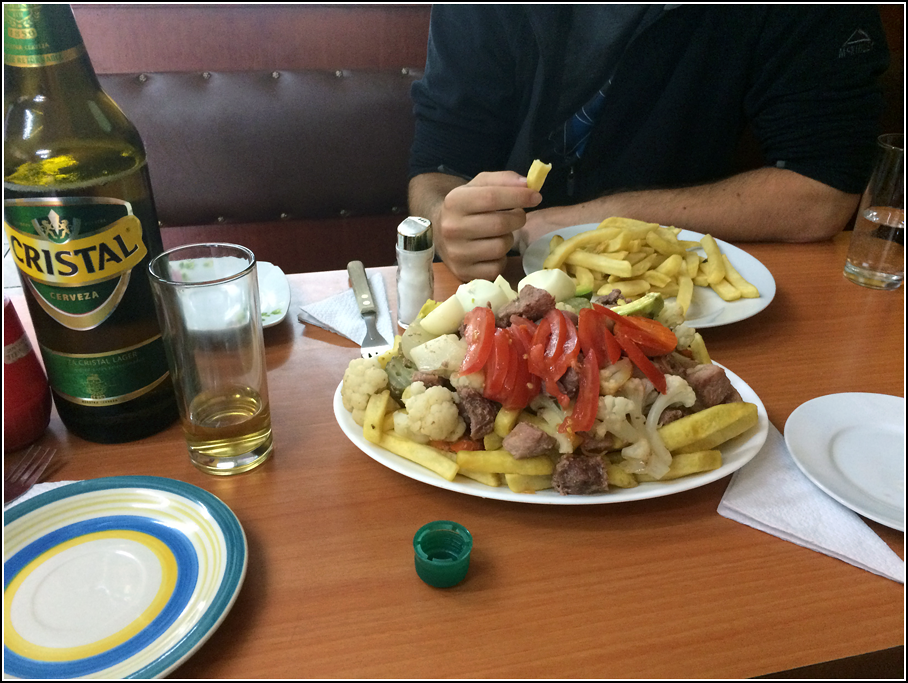 Later that night we were finally on our flight to Punta Arenas. Dreams of King Penguins, albatrosses and Magellanic Plovers were in our heads... 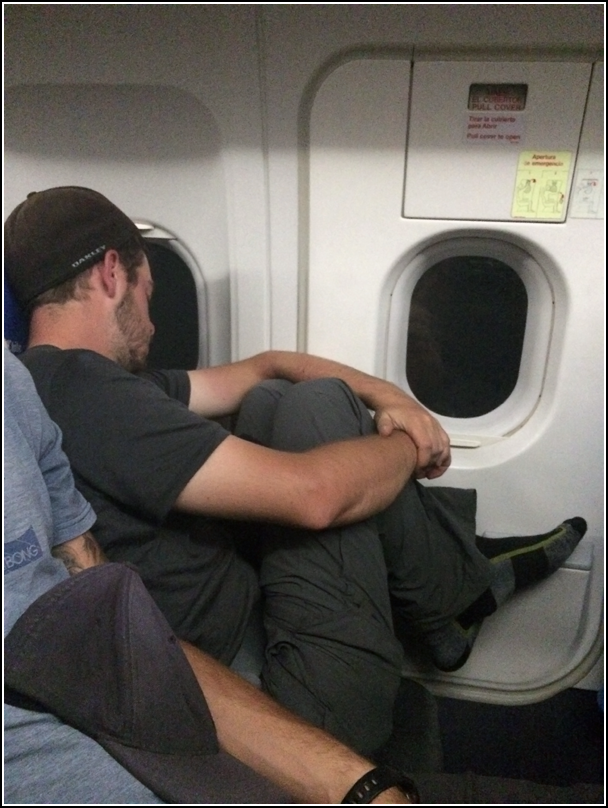 Posted by Josh Vandermeulen at 16:21