After the excitement with the Dog-toothed Cat Snake the night before I cancelled early morning birding plans, choosing to sleep in all the way until 6:30 AM. As soon as our guide Ben arrived at the main lodge I took him aside and brought him back to my room to see the snake. We decided we would then take it back to the main lodge to show our group, as they would be arriving shortly for breakfast. Judging by the reactions I am sure that I made a strong impression on the lodge staff. They probably do not get too many people bringing 7-foot snakes with them to breakfast! Fortunately the snake was very mild-mannered and for around 20 minutes I showed the snake to my group as well as some of the other travelers staying at the lodge. 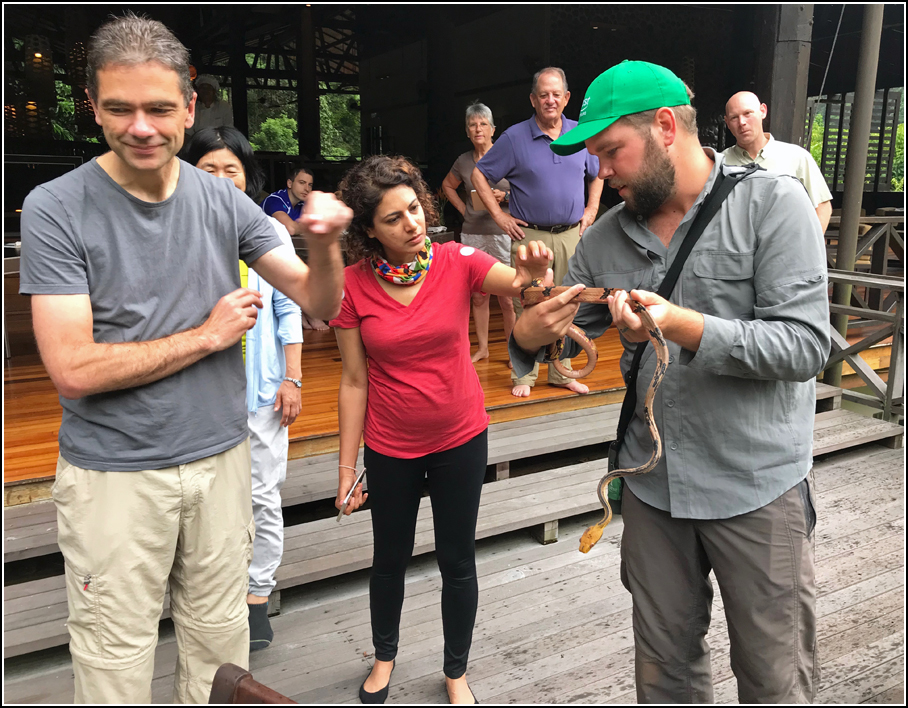 Ben and I released the snake where I had found it the previous night (taking care not to step on this huge moth on the boardwalk), wolfed down our breakfast and then prepared for our morning hike. 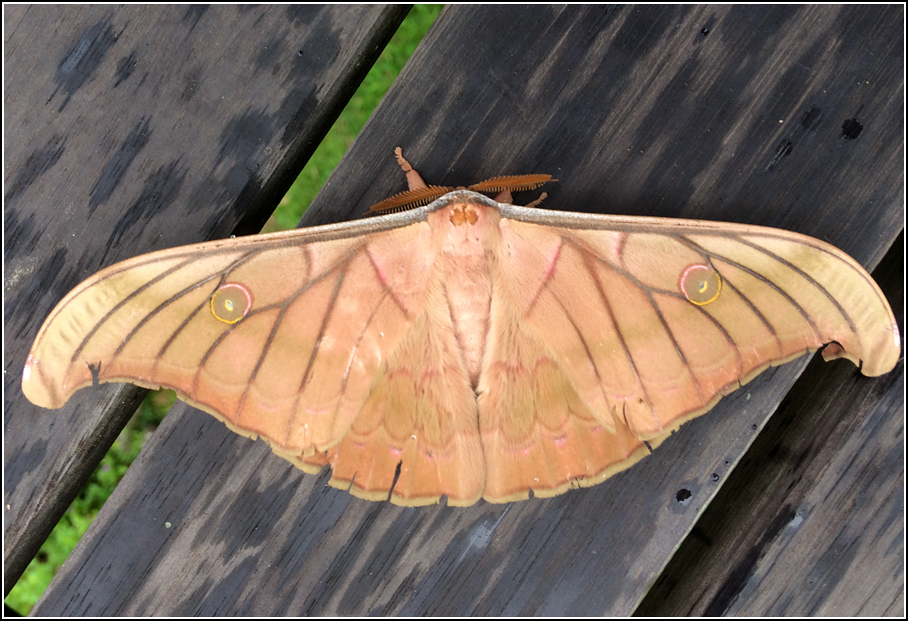 The plan for the morning was to hike on a trail through forest up to a scenic lookout. From here it would be possible to look down on the lodge, surrounded by endless unspoiled forest.

The walk up was relatively slow sightings-wise, though we did spot a Blue-banded Kingfisher while crossing a creek and I heard my first Violet Cuckoo from somewhere in the canopy. Later we came across a few birds including a heard only Chestnut-backed Scimitar-Babbler, a species I really was hoping to see on this trip. Next time! 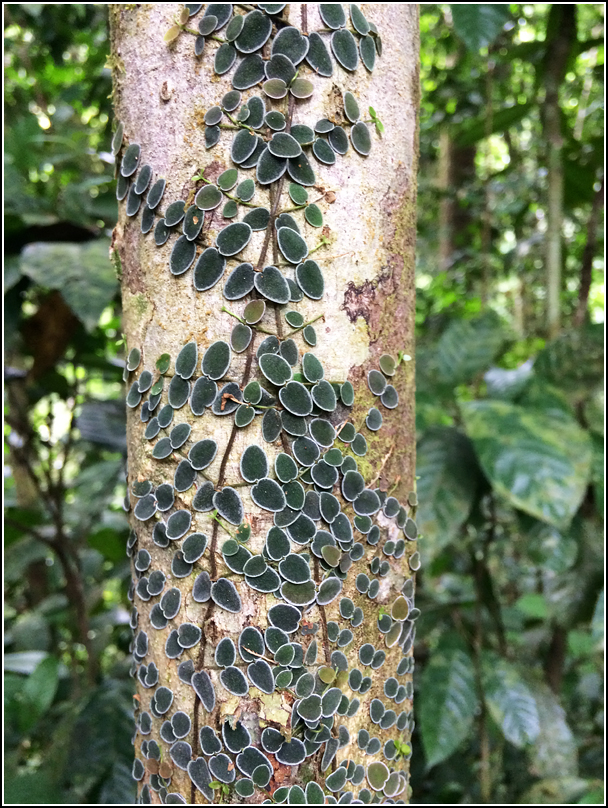 It was a hot, sweaty walk along the trail but we made progress. I paused for a minute and caught this Borneo Forest Dragon to show the group.


We enjoyed a few minutes at the "summit", where a very slight breeze was most welcome following the long walk uphill in the high temperatures and humidity. The viewpoint over the lodge was pretty interesting as well.

While most of the Danum Valley was relatively untouched by humans prior to becoming a protected area, there were originally some native peoples in the areas. The lodge was built alongside the Danum River, in a clearing that was the site of a former native village.


The walk down was a little less strenuous, though the temperatures were another degree or two higher. From a wildlife perspective the walk back was somewhat uneventful as well, though we did encounter another troupe of Red Langurs and a mixed flock of babblers that contained my first Dark-necked Tailorbird, and my firs looks at Rufous-winged Philentoma. 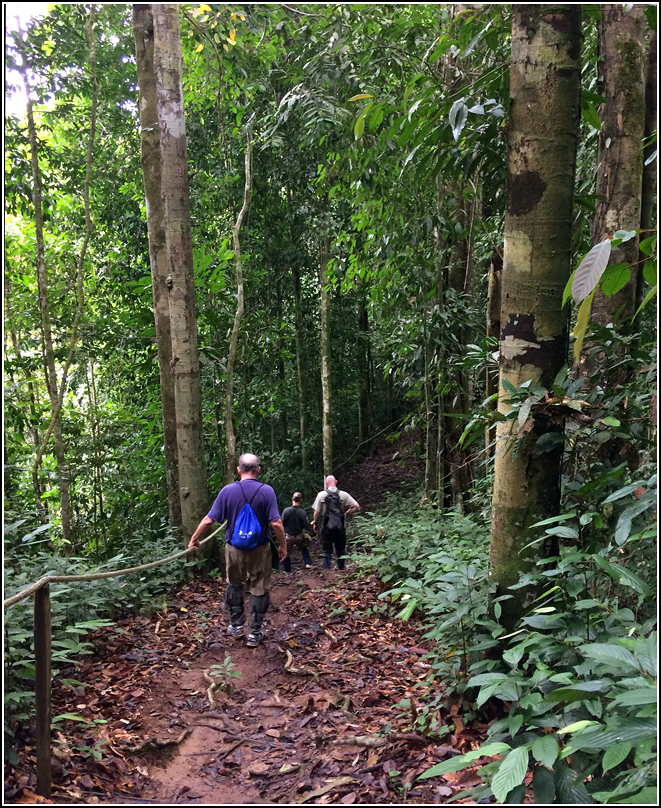 With a few hours to kill in the afternoon I took a short siesta and also explored the grounds for an hour or so.

For part of that time I hung out along the banks of the Danum River, hoping to luck into a Straw-headed Bulbul. This species has become extremely scarce in southeast Asia, mostly due to being captured for the cagebird trade. As this species is closely tied to riverine habitats, and rivers are the main highways of travel in the remaining forests, it is very easy for people to access the habitat used by a high percentage of individuals in the population. It is only in protected areas, like the Danum Valley, where Straw-headed Bulbuls remain fairly common.

One bulbul responded to playback, providing brief looks from an island in the river. My first Lesser Fish-Eagle cruised past, a pair of Stork-billed Kingfishers hunted and a few Water Monitors lounged on a gravel bank.


Unfortunately the wind picked up as the afternoon turned to evening, while a light rain began to fall. Our crepuscular hike was a little bit slow (especially compared to the awesome night-hike the previous night), and we were unable to turn up any Western Tarsiers, our main target. We did see a huge Bearded Pig, some Sambar Deer, and a calling Brown Wood Owl that flushed as soon as we found it in our binoculars.

That evening we enjoyed our last dinner at the Borneo Nature Lodge, taking advantage of the amazing food for the final time. The following morning would be an early start since we had about a 5.5 hour drive to the airport in Tawau. 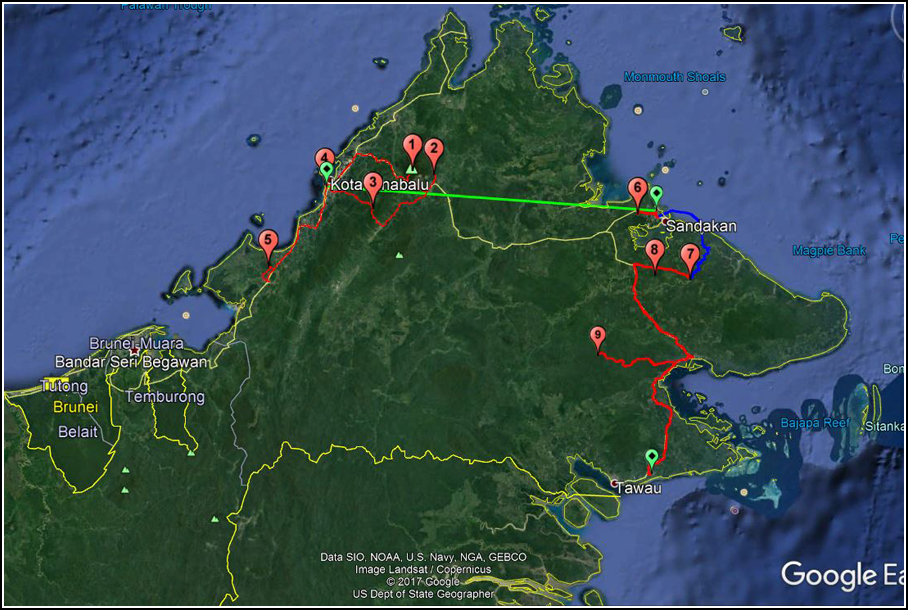 From Tawau, we would fly to Bali in Indonesia for a few days where we explored the island and learned about some of the culture. While our time in Bali was interesting there were not a lot of wildlife highlights and I did not take a single photo with my camera, so I'll end the trip report here. Borneo was awesome and I can't wait to head back in October, 2018 for another tour!

Amazing series of posts! I love the blog, please keep on posting.

I really enjoyed these posts, thanks so much for taking the time to document your trip. Amazing sightings and awesome photos!

Very good trip report, with great photos, especially the pittas and reptiles. I'll be heading to Borneo in July for 3 weeks, and your information was very helpful. Feel free to check out my blog on birding to see if I saw some of the great birds you did when I publish my trip report: https://myzoneisbirding.wordpress.com/