On our fifth morning in Cuba, we made the drive to the one location I was looking forward to the most on this trip - the Zapata Swamp (Cienega de Zapata). The swamp is over one million acres (4,000 square km) in size, representing the largest protected area, and the most important wetland in all of the Caribbean. The swamp consists of a wide range of habitat types, including coastal mangroves, freshwater marsh, deciduous woodland and swamp prairie. The swamp is important not only for the shorebirds and waterbirds that use it as a stopover site or wintering ground, but the extensive forests provide important habitat for a large number of wintering North American songbirds, particularly wood warblers. As well, close to 1000 plant species are found in the swamp, a number of which are endemic to Cuba.

On our tour we would be visiting several areas on the eastern edge of the swamp, such as deciduous woodlands, mangroves, and flooded saltpans. Our first day however involved the 3-4 hour drive, though it was broken up with several stops.

We had lunch at a little restaurant associated with a small zoo, after several hours of driving where we saw the outskirts of the bustling city of Havana give way to agriculture and eventually fields and prairies.

One of the animals at the zoo was this hungry Hutia, too cute not to photograph.


We continued on, eventually arriving at a breeding facility for the Cuban Parrot, a near threatened species found only in Cuba, Abaco and Grand Inagua in the Bahamas, and the Cayman Islands. The species is doing relatively well in the Zapata region of Cuba, in part due to the conservation work including the reintroduction of captive-born individuals and the installation of artificial nestboxes.  It was here that we met Mario who was to be our local guide for the next two days. Mario knows the birds of Zapata better than almost anyone and we were hoping to see quite a few of the Cuban endemic bird species during our time in Zapata. After all, 23 out of the 27 Cuban endemics can be found in the area.


It didn't take long for one of the endemic bird species to make an appearance, as Mario coaxed into the open a Cuban Pygmy Owl. It remained in the same spot in the tree for quite a while, allowing everyone the opportunity to observe it well.


I was a little worried that we wouldn't find this species, since it isn't easy even in the heart of its range in Zapata. What an awesome bird!


Fortunately for us, the flicker continued to perch in the thorny branches, eyeing us over and occasionally calling. Certainly a fantastic beginning to our time in Zapata.


Our next stop was a breeding facility for the endangered Cuban Crocodile, located near the shores of a small lake surrounded by seasonally flooded prairie, dry at this time of year.We birded the edges of the ponds and the surrounding shade trees and scrubby areas, finding quite a few warblers along with our first Anhinga of the trip, sitting on a log next to a Neotropic Cormorant. Our first Cuban Parrots flew over calling, followed by someone in our group locating a pair feeding in the nearby date palms. Right underneath the palm, this sharp Yellow-throated Warbler was busy picking insects out of the vegetation.


As we began the walk back to the bus, birding along the way, we heard the distant calls of a Cuban Crow. Fortunately several flew over and one was waiting for us in the parking lot by the bus. Despite its name, the Cuban Crow is not an endemic, also being found in the Turks and Caicos.

We arrived at our hotel in Playa Larga, located along the south coast of Cuba just east of the swamp. After checking everyone in to the hotel I had a few hours to spare, so I went for a walk around the grounds to see what I could find. A large group (33) of Cuban Parrots were busy squawking as they flew around, eventually moving to their roosting area. I had a fun challenge of photographing them in flight as they winged past. In every frame I have of this pair, their wings are perfectly in sync with each other.


A Great Lizard-Cuckoo called loudly several times from the nearby woodland and a nice group of warblers included some Cape Mays. As the sun went down I made my way through some mangroves to the coast to watch the tranquil scene. 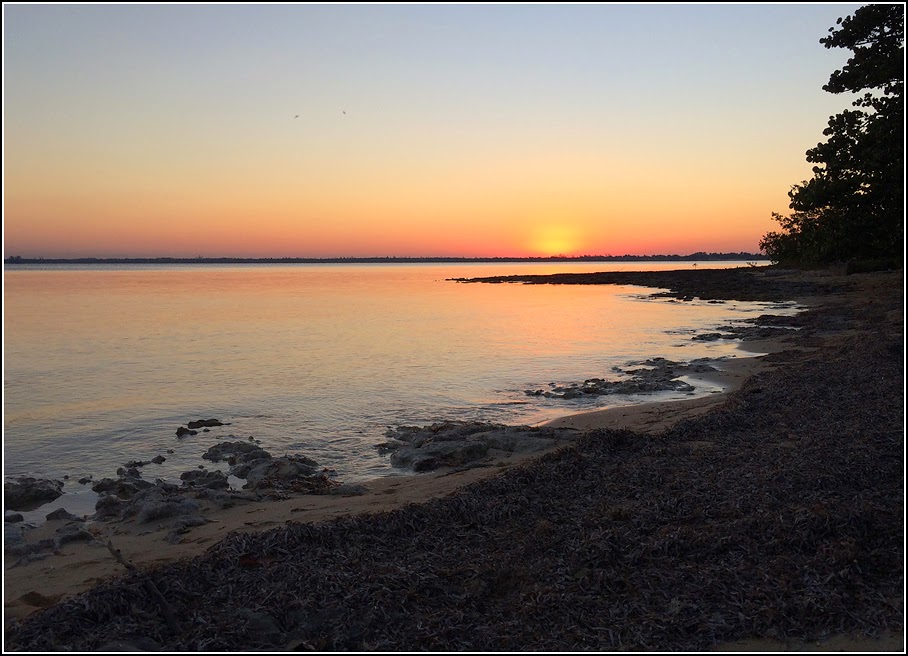 A small group of Ruddy Turnstones flew in and landed on the shoreline nearby as you can see in the top right of the image, if you look closely. 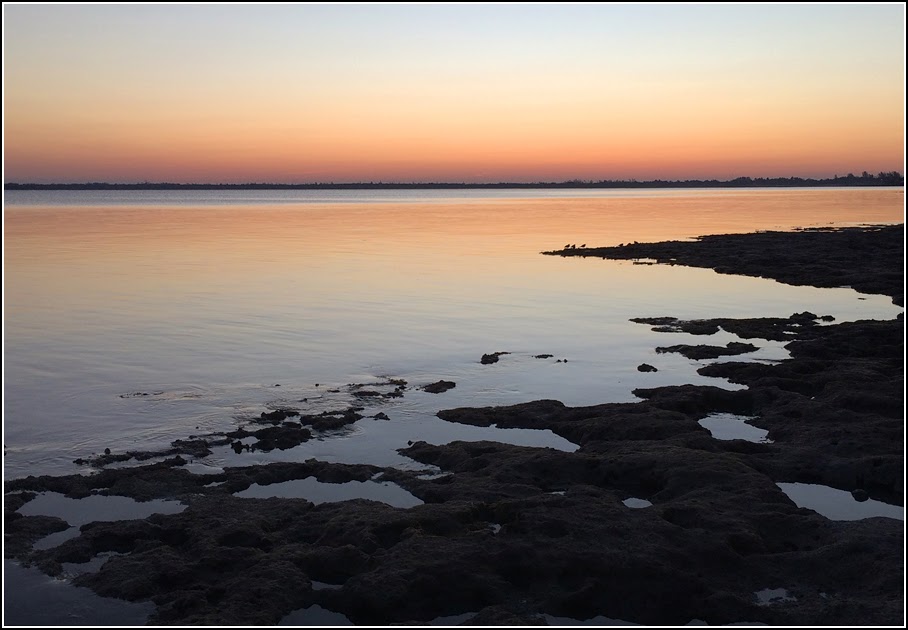 The following day we would be focusing predominately on birds, and were planning a morning hike to search for quail-doves, owls, and the diminutive Bee Hummingbird. It should be fun!
Posted by Josh Vandermeulen at 22:13