We awoke for the last time at our hotel in Playa Larga and after a morning bird hike, began the long drive east to the city of Trinidad. The morning walk produced much of the same birds, including some good ones in Cuban Green Woodpecker, Cuban Crow, a calling Great Lizard-Cuckoo and a flyby Zenaida Dove. It was a beautiful morning to be out, as the unseasonably cool overnight temperatures gave way as the sun rose higher in the sky. A light breeze began to blow in off the ocean, and by the time we reached our first destination in the town of Cienfuegos, the day was hot and windy. Cienfuegos was a quick washroom stop, but I checked out the waterfront with a few of the birders in the tour. Laughing Gulls patrolled the shorelines, while our first Double-crested Cormorants of the tour were winged by. Additionally, some terns were resting on some offshore pilings, including our first Sandwich Terns of the trip alongside a Royal.

We continued on, driving for another half hour until we reached Jardin Botanico de Cienfuegos where we had a planned guided tour of the gardens. During the walk we noticed a few species of anoles, though almost too quick to catch by hand in the late morning heat. The local guide pointed out this species of palm, one of a select few species of palms that the Antillean Palm-Swift will nest in. Standing underneath the tree it was possible to see nests attached to the sides of the fronds, while several birds called unseen from the depths of the tree.


A huge highlight of the walk was when our local guide, Acosta, spotted a Cuban Pygmy-Owl roosting quietly in the lower branches of a large tree. This certainly provided a good opportunity for photographs, as the previous Pygmy-Owl was near the top of a backlit tree. I really wished that I hadn't left my camera in the bus for this walk...

We finished the second half of the long drive to Trinidad, arriving in time for a 2:00 PM lunch. En route several of the clients spotted Crested Caracaras, while I noticed a White-throated Swift circling with some Antillean Palm Swifts and Cuban Martins over the road. White-throated Swifts are somewhat rare and localized in western Cuba, though they can be found in the nearby Escambray mountains.

We spent several hours touring Trinidad after lunch, visiting the Museo Romantico, a cathedral, and the busy marketplaces.


That evening we checked into the Trinidad del Mar, an all-inclusive resort located south of Trinidad on the Ancon Peninsula. We were in for a bit of added luxury! I had never been to an all-inclusive resort before, nor had any desire to, but I must say that it was great for a couple of nights. As a bonus, the grounds were surprisingly great for birding, as other than a few resorts there was not much development on the peninsula. Salt marshes and mangroves covered much of the peninsula, while a row of coastal shrub lined the beaches.Waterbirds were common while a good number of wintering warblers moved up and down the coast of the peninsula. 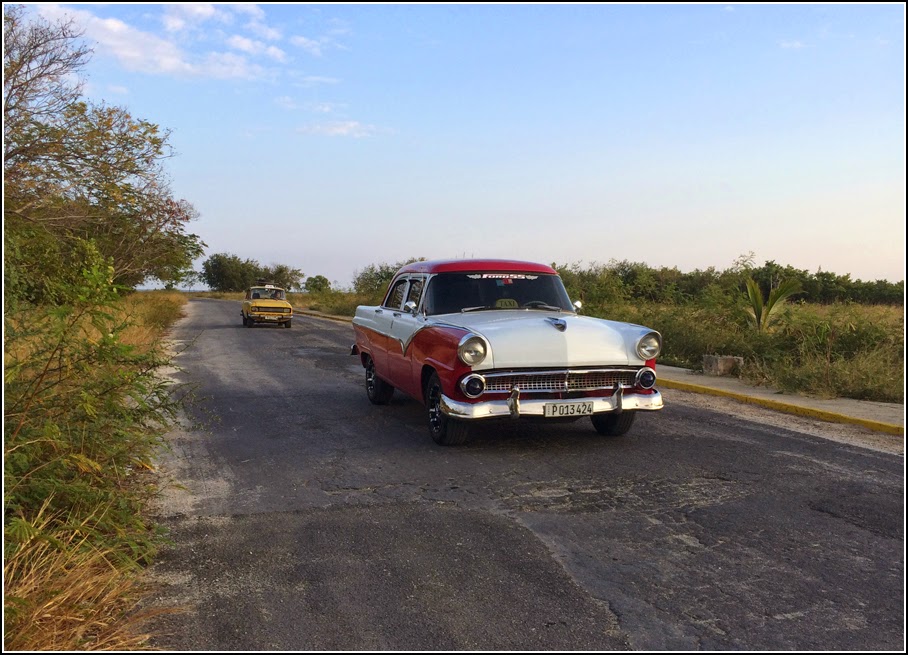 The following day's activities consisted of exploring the city of Trinidad (a UNESCO World Heritage Site), visiting a pottery studio, museum, cathedral, and tower. Due to the day's schedule there was not much wildlife seen, though we did watch a bright green Alice's Anole on the wall of our lunch restaurant, and a small flock of Cuban Crows were seen from the Bell Tower overlooking the city.

We arrived back at the hotel by mid afternoon and so I took advantage of the extra daylight hours to bird down the coast. I lucked into a little flock of warblers that contained two Prairies, a Northern Waterthrush, several Prairie Warblers and American Redstarts, and best of all - a Worm-eating.

A small group of us returned several hours later, and while we couldn't turn up the Worm-eating we enjoyed a pleasant evening on the coast, watching small groups of warblers in the shrubs on the north side of the road, and observing the Royal Terns fishing just offshore, meters away to the south.


It had been a relatively successful few days in the Trinidad area, especially considering that our wildlife-watching time was somewhat limited. On the itinerary for the following day, February 17, was a day spent exploring the Escambray Mountains just outside of Trinidad. We would end up finding the rarest bird of the trip during our time here, which I will detail in the next post.
Posted by Josh Vandermeulen at 22:23