After a delicious breakfast at the hotel, we left the mangroves and beaches behind, drove through the streets of the colorful city of Trinidad, and climbed a windy road through the forested foothills of the Escambray Mountains. Our destination was Topes de Collantes, a nature reserve park that protects the forests, waterfalls, caves, and of course the flora and fauna that reside in these mountains.

We stopped for a quick break partway through our descent of the foothills. A short walk to an observation tower provided a panoramic view of the countryside to the south. Peering through the distant haze, one could see the Ancon Peninsula jutting into the Caribbean, our home base for the past two nights.

I thought this was kind of a neat photo, showing two of the clients looking at a Red-legged Thrush (top left). 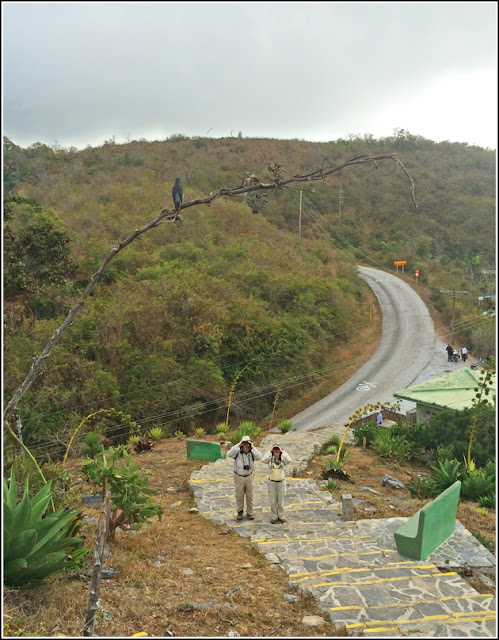 Several Great Lizard-Cuckoos vocalized from the nearby scrub, but staying mostly out of site. These birds can be very difficult to photograph well, reminding me of our Black-billed and Yellow-billed Cuckoos from back home.


We arrived at our destination of Topes de Collantes shortly after. Despite a bit of a mix up we arranged a "Russian Limousine" - a converted Russian army truck - to escort us on the narrow roads into the mountains. It encountered some mechanical issues, which, combined with the slick roads due to the recent rain caused us to be dropped off a short walk from our destination to begin a nice hike through the forest.


During our hike we were able to observe several of the Cuban specialties reasonably well, including Cuban Peewee, Cuban Bullfinch, Cuban Tody and an abundance of Cuban Trogons. We learned about some of the native, endemic plants found in these mountains as well as stopping to appreciate the various butterflies and flowers we encountered. We explored a cave where Bare-legged Owls roost in on occasion, though none were accommodating this time around. Several Cuban Pygmy-Owls were calling, however, as we hiked through the landscape, and one flew directly across the trail, right over our heads! 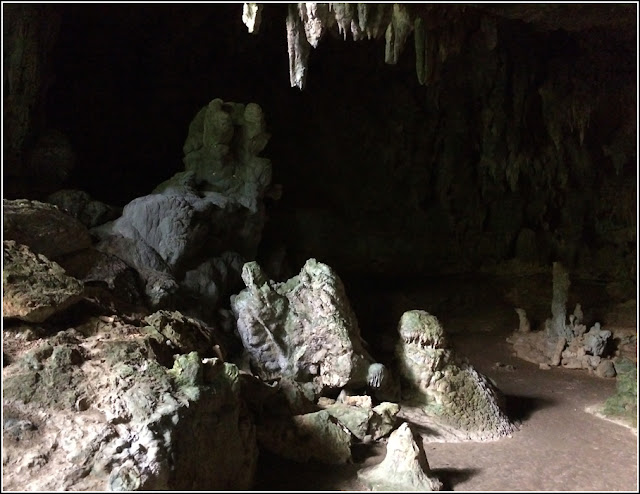 Loggerhead Kingbirds are abundant in open habitats, and the grassy areas at the edge of woodlands here were no different. This individual was quite tolerant of our group's approach, and even held still for some photos.


Our lunch was being prepared over an open fire nearby - it was a large pig on a spit, smelling absolutely delicious....


Once our hike concluded we retired back at a restaurant - Hacienda Codina -  tucked away in the hills for lunch. Several of the clients were more interested in the gardens encircling the restaurant, as good numbers of Cuban Emeralds, Western Spindalis, Tawny-shouldered Blackbirds and wintering wood-warblers were feeding on the plants or on the insects attracted to them, and some Scaly-naped Pigeons roosted at the tops of distant trees..

Cape May Warblers are always a crowd pleaser. A bright male fed on the Bottlebrush flowers, while several females with their subdued plumage sat in a nearby shrub. The gray/yellow pattern on the head, the thick breast streaking, and yellowish green rump were subtle clues to the birds' identities, compared to the bright red cheek and striking plumage of the male.


This West Indian Woodpecker kept a very close eye on us as we dined.


After finishing our delicious roast pig meal, several bouts of rain pushed through the area. We were delegated to watching the birds from the comfort of the restaurant and its overhanging roof. Between storms I ventured out to photograph some of the birds as they attempted to dry out.

Our Russian Limousine was delayed in picking us up - we were later told that there was a shortage of them as some were going through various mechanical problems. It was frustrating to say the least as it meant changing our itinerary for the day, but fortunately the Clients were quite easy going and accommodating with the change. Besides, the birding at the restaurant was so good!

While not a wild, native species, I couldn't help but snap a few photos of these too cute baby chickens. 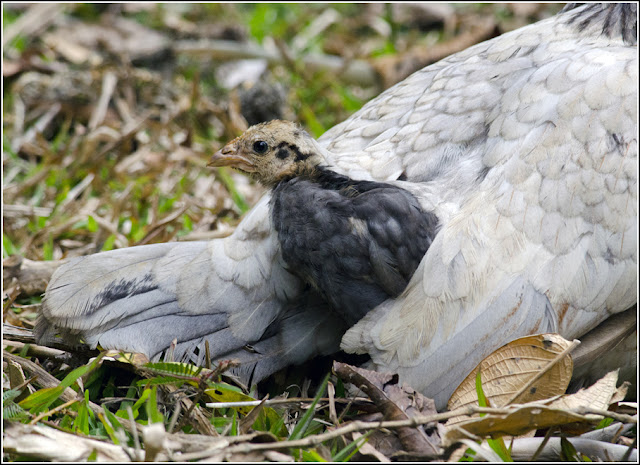 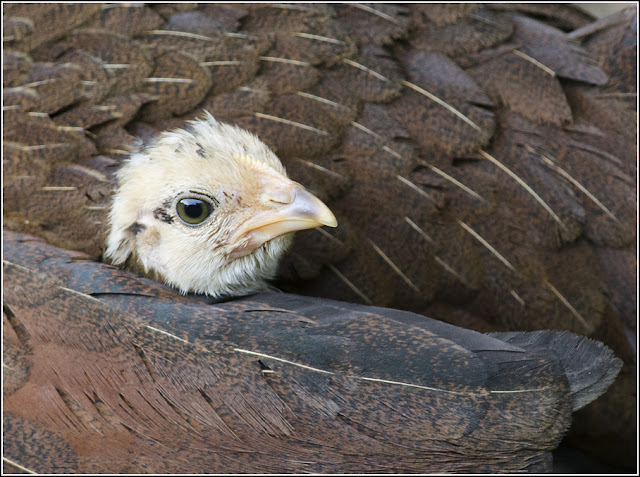 The highlight of the day, and perhaps the trip (for me) was the Townsend's Warbler that we discovered and identified on the restaurant grounds. As I was photographing the above Red-legged Thrush on the road a short distance from the restaurant, I heard someone call my name. I returned to the restaurant and was informed about an interesting warbler that was in the garden that went unidentified. Some thought it was a weird Black-throated Green, while another possibility was a Blackburnian. Not 5 minutes later a small yellowish warbler popped up on top of a nearby shrub. I looked at it with my binoculars and had to suppress a slew of profanities - it was a Townsend's Warbler!!

I quickly called over whoever was in earshot - fortunately the bird was relatively to easy to get on as it fed in one area for several minutes. I fired off a series of photos as well, as "proof" of the identification.

Townsend's Warblers breed throughout mature coniferous forests in western North America, from Alaska to Oregon. Their winter range extends along the Pacific Coast and down through Mexico into Central America. The reason I was so excited about this find is because their range does not include Cuba, a fact confirmed when flipping through our Cuban field guides and seeing no mention of the species.


We only had a few minutes to view this bird before our truck arrived to take us back to the entrance, but all of the birders in my group had reasonable views of the bird before we pulled ourselves away. Pretty good timing :)

Once returning from our trip I did some looking around and fired off some emails to Cuban bird experts, confirming that this was indeed the first record for Cuba. There is a recent record from Grand Cayman, the only other record I am aware of for the Greater Antilles. Florida, however, has quite a few records, including over a dozen on ebird. I am sure that if Cuba had the birding coverage of Florida there would be a few more records of this species.

Our afternoon finished by visiting a nearby shade-grown coffee plantation while the rains came down outside, before making the short drive to our nearby hotel. Despite the rain, it was an excellent day, and perhaps one of the most memorable of the trip for many.
Posted by Josh Vandermeulen at 11:45