The high winds continued overnight, and by the time breakfast was finished the verdict was in that the seas were still too rough for the catamaran ride. Instead, we arranged with a local guide, Edwin Ruiz, to explore part of the national park found on Cayo Santa Maria.


It was a hot and humid day, but the overcast conditions provided some shelter from the elements as we explored the dry, scrub like habitats on the island. 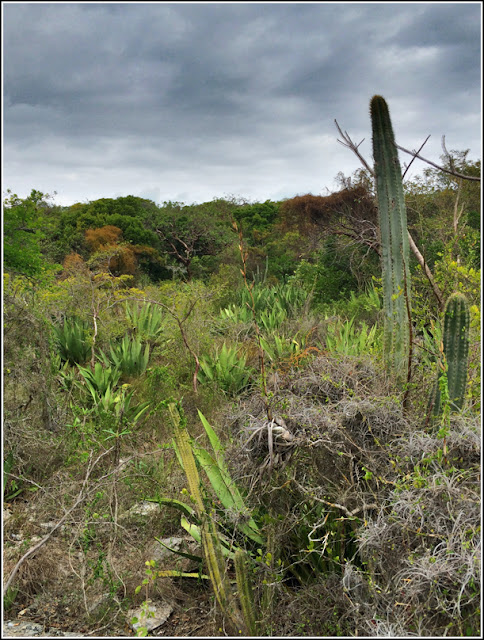 Cuba has a high number of endemic land snails, several species which we were able to find and photograph during the hike. Wikipedia tells me that there are over 1300 species of land gastropods in Cuba with about 94% of them endemic to the country. Most of the ones I photographed are Liguus fasciatus, a common species that can also be found in Florida. 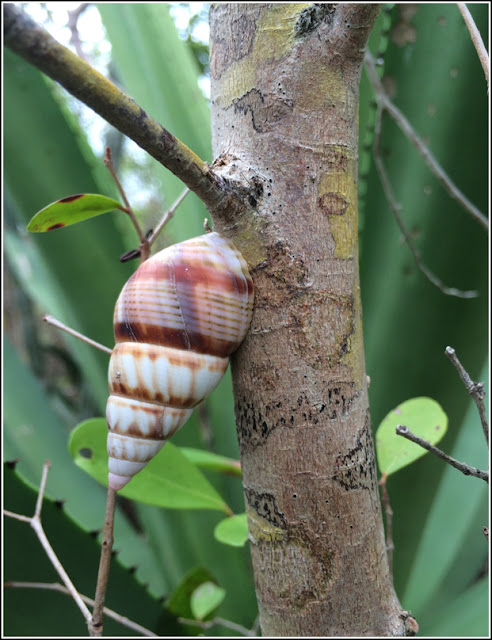 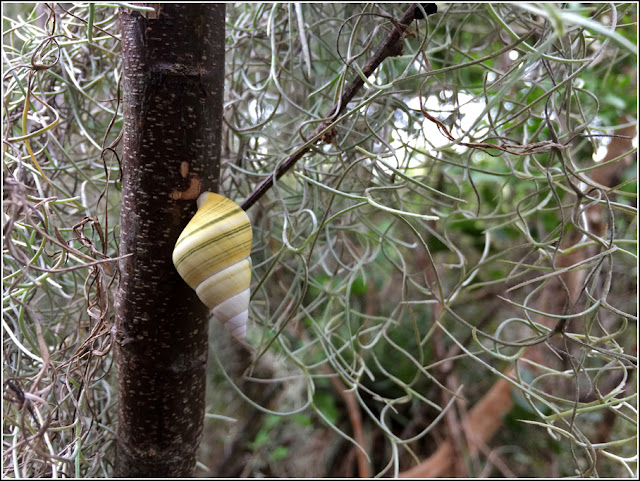 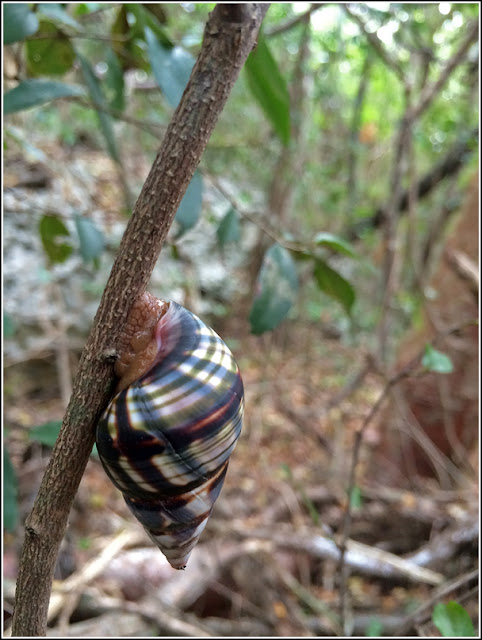 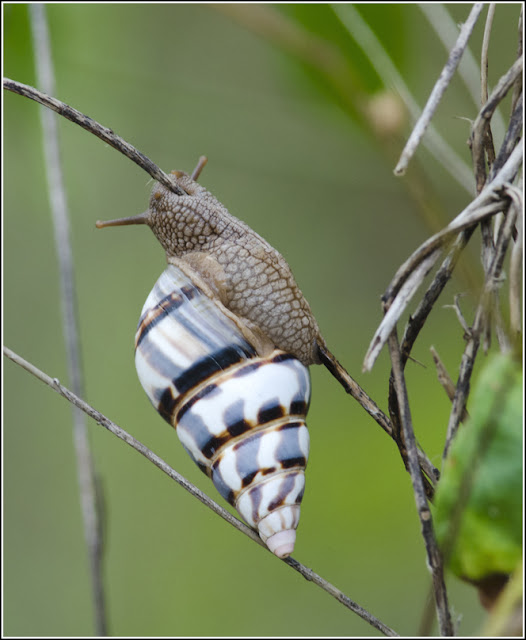 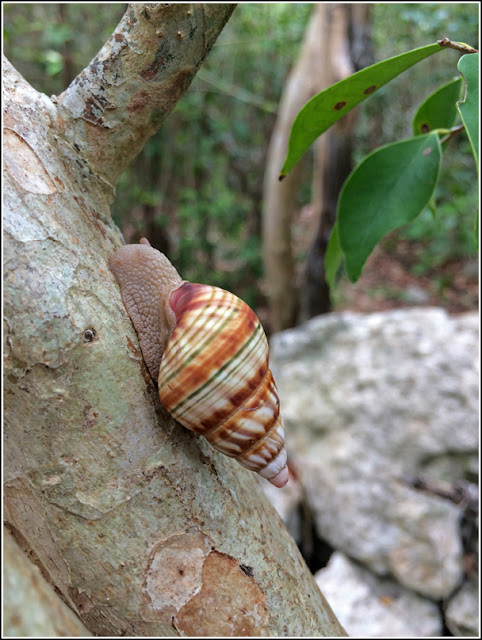 Before long we entered a cave, the roosting site for thousands of bats. I can't recall which species they were, though Cuba has about 26 different species. 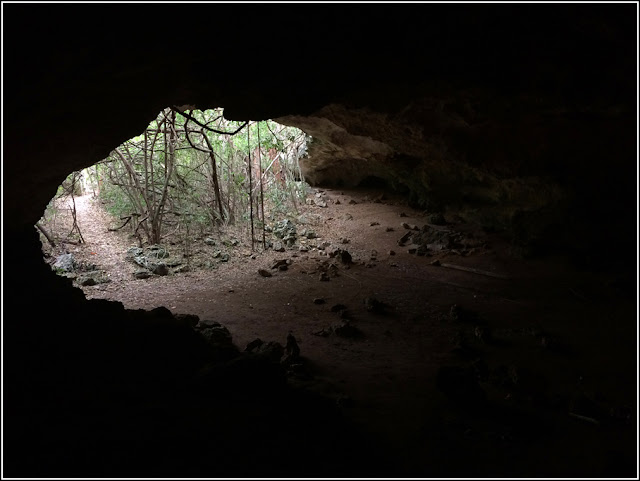 Up to this point in the trip we had yet to encounter a single snake. The weather was partly to blame - it had been unseasonably cool for the first part of the trip, and while a day time high of 20 degrees may feel comfortable to us, it is too cold for the snake species that are found in Cuba. The winter season is also quite dry. For these reasons snakes will brumate through part of the winter, emerging during periods of hot and wet weather, but generally saving their energy for the wet season when prey is much easier to find.

We finally encountered our first snake early in the afternoon as we continued hiking through the scrub habitat. It was an adult Cuban Racer (Alsophis cartherigenus) that had certainly seen better days. The snake was extremely emaciated, made no attempt to flee when we approached (very unusual for a snake called a "racer"!) and in general looked like it was on its way out of this world. 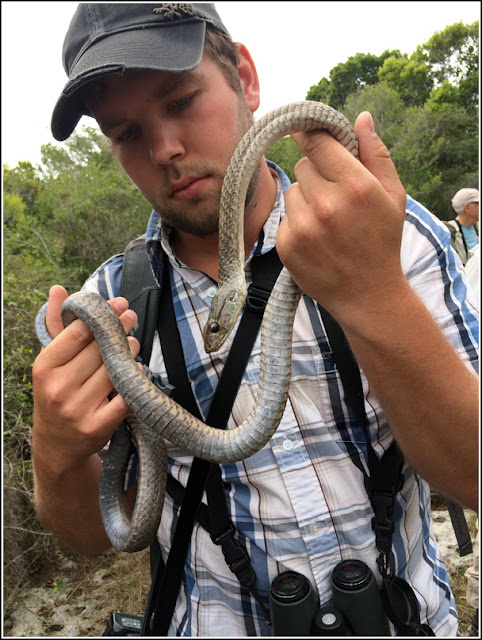 It was not the way we were hoping to see our first snake, but life and death is a part of nature, as painful as it may be to witness. One has to remember that by having the weak individuals of a species die, only the strongest will succeed in passing on their genes to the next generation, thereby improving the genetics of the species as a whole. 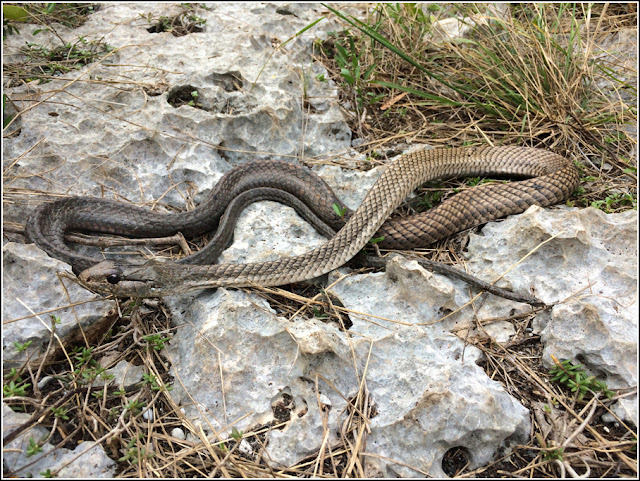 Of interest were the large number of ticks that had attached themselves to the snake's scales. 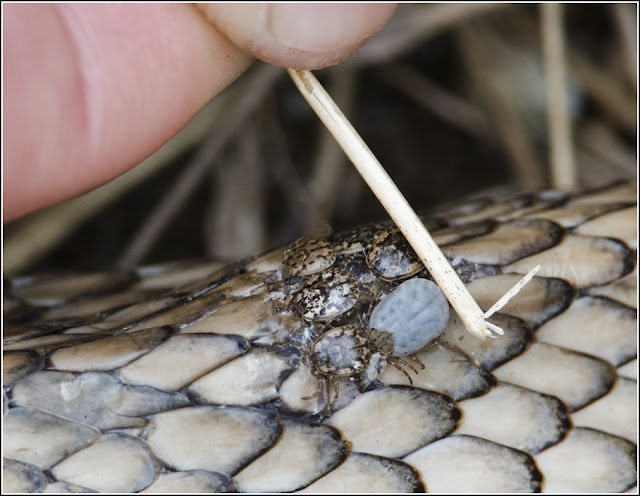 Someone made a great discovery by finding this Cuban Treefrog (Osteopilus septentrionalis) resting on the inside of a succulent. 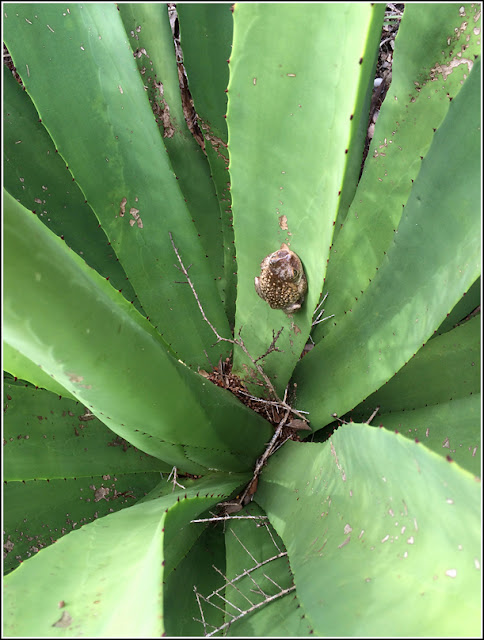 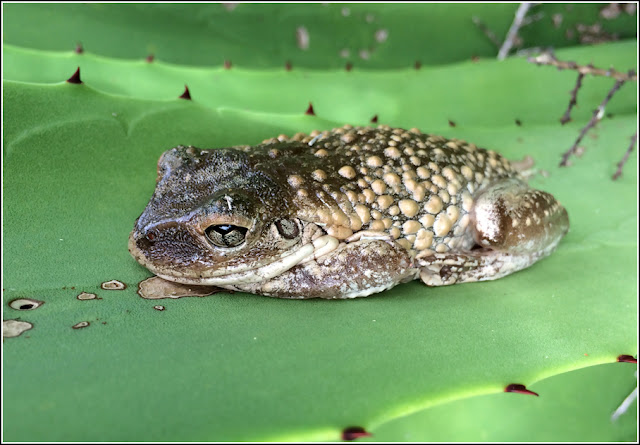 We made a few more discoveries throughout the walk, including several Leiocephalus stictigaster, a type of small iguanid lizard, and several anole species. Birds included a White Ibis at the only freshwater pool we encountered on the hike, Cuban Black-Hawks overhead, the endemic subspecies of Great Lizard Cuckoo only found on several keys off the north coast of Cuba, and a variety of other scrub species such as Western Spindalis, Cuban Pewee, Cuban Vireo and a variety of wood-warblers.

Just as we were finishing the hike Glenn discovered this Cuban Racer basking at the base of a tree. Compared to the first individual, this one was much healthier looking! We did not capture this one, instead contenting ourselves by photographing it from a moderate distance. It gave a few tongue flicks, but otherwise seemed comfortable as long as we did not get too close. 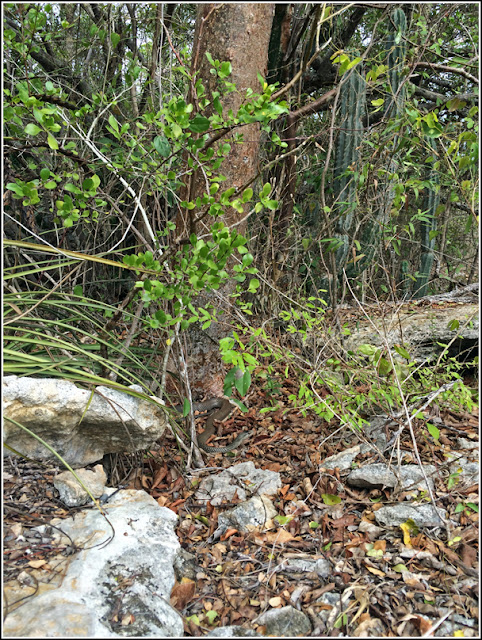 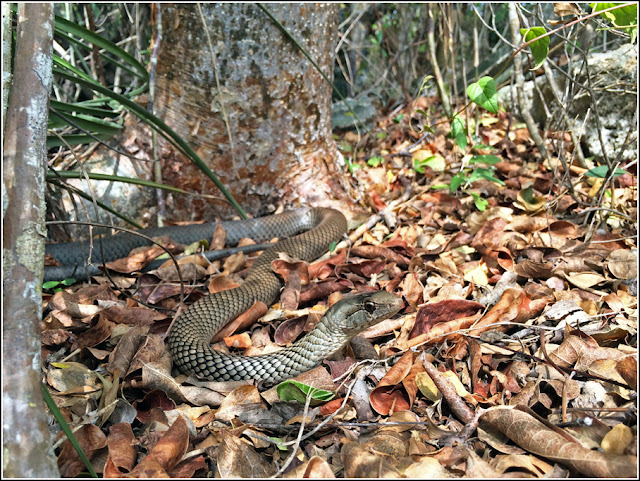 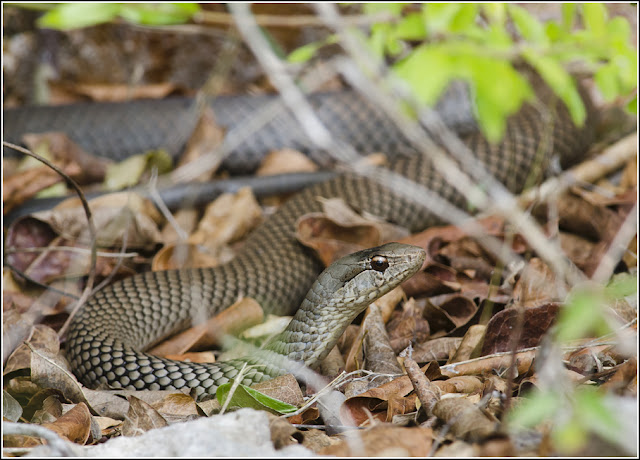 I had to break out the big lens to take a few headshots... 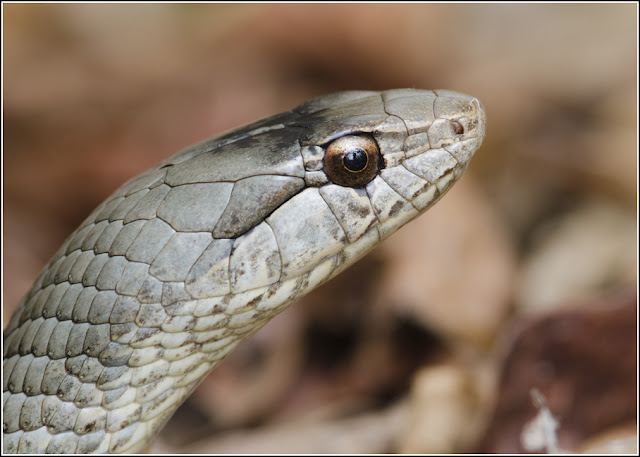 Later that afternoon we returned to the lagoons to see what shorebirds were in. Twelve species were located including our first Semipalmated Sandpiper of the trip. All of the expected wading birds were accounted for including six Roseate Spoonbills - always a crowd pleaser! Several of the clients had been asking about American Avocet through the trip, but I told them that our chances of seeing one was very slim as they are a vagrant to Cuba.

Well wouldn't you know it, as I set up my scope I noticed two avocets swimming near the back of the lagoon. That certainly caused a bit of excitement, and was a great way to finish off a fun day on Cayo Santa Maria! 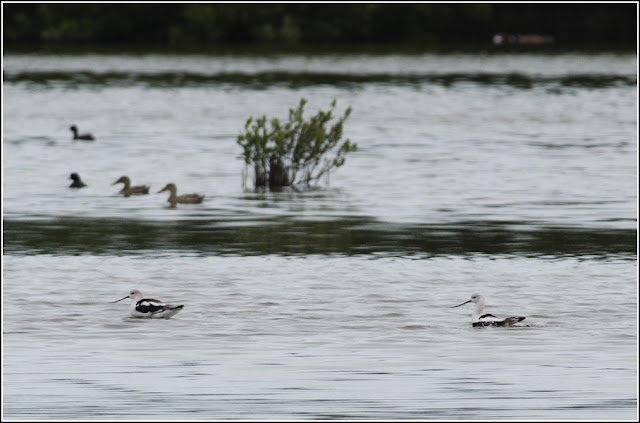 Posted by Josh Vandermeulen at 08:29