The Hanabanilla Dam is an embankment dam along the Hanabanilla River, trapping a quarter billion cubic meters of water in a makeshift lake within a valley. The water is used for hydro generation, and it is in fact the largest generating station in the country. On February 19 we made the short drive over the mountains and down into the valley to take a boat ride across the "lake".

The clouds were threatening and the temperature was a cool 16 degrees or so with a brisk wind. We climbed aboard, spotting a Little Blue Heron and Pied-billed Grebe close to the shoreline.


The boat ride was interesting with several nice bird sightings along the way. Scattered small groups of Lesser Scaup and American Coot, both new "trip birds", hugged the shoreline, while we encountered a large group of several hundred birds in a sheltered bay. Most of the ducks were scaup, there were small numbers of Ruddy Ducks and Blue-winged Teals, as well as a single Ringnecked Duck. Later on a Northern Pintail flew over the boat and a pair of tiny Least Grebes kept a cautious eye on us as they swam away from the boat.

After a delicious lunch outside under thatched roofs, several of the group had an opportunity make the 20 minute hike to a lookout point overlooking the reservoir. By this point the sun had came out, making for a pleasant afternoon. 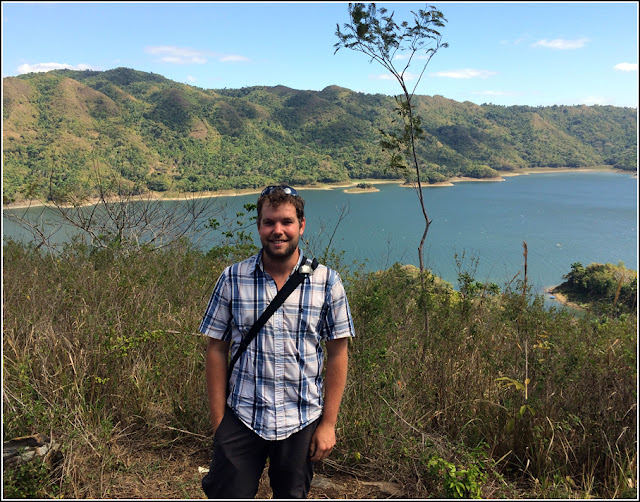 We embarked on our boat once again, making the short trip to the far end of the reservoir where our bus was waiting. From here we left the south part of the country, making good time on the roads to the north coast of Cuba while our guide, Acosta explained the history of the area we were passing through and discussed the Cuban Revolution, including the role that Che Guevara played in it.

By late afternoon we crossed the 40 km or length causeway connecting the mainland to Cayo Santa Maria and surrounding keys. As this was our first taste of the north coast we became acquainted with our first Magnificent Frigatebirds, along with occasional shorebirds on the edge of the causeway. The winds had picked up by the time we arrived at our accomodations, threatening to put an end to our planned catamaran and snorkeling tour the following day.


Unfortunately the winds hadn't subsided overnight, and the wind and waves had stirred the water to such a degree as to make the visibility during snorkeling futile. Our alternate plan was to bird some of the scrub and wetlands throughout the eastern end of the island.

Wading birds were abundant, with the diversity changing by the hour. Great Egrets always had a strong presence.

Several terns were fishing over the wetlands, providing an opportunity for flight shots.

One of the more popular species of the day was Reddish Egret, a wading bird that is relatively localized in its worldwide distribution, with the Caribbean at the heart of its range.


Some new shorebird species made their way onto the trip list, including Willet, Stilt Sandpiper, Western Sandpiper and a rare in winter Pectoral Sandpiper. Many of the birds were quite approachable, allowing great comparison view in the scope of Stilt Sandpipers, Greater Yellowlegs and Lesser Yellowlegs. The 90+ flock of Black-necked Stilts was also nice to scope from close range!

Perhaps the biggest highlight for many of the clients was the small group of Roseate Spoonbills frequenting the wetlands. The first was nearly hidden, tucked away at the back of the wetland with some egrets, but after a while several more came in, flying low over the group.


The final new bird was a Sora which called once from the cover of dense vegetation, capping off an enjoyable morning of birding.
Posted by Josh Vandermeulen at 17:46