It was a long overnight bus ride, but we had finally made it to southern Chile. The cool, moist air was a welcome contrast to the dry heat we had experienced over the previous few days. As our bus waited for the ferry to take us to Chiloé Island, we hopped out for a few minutes to see what birds were present at the docks. Given the lush surroundings, layer of fog, cool ocean breeze and familiar smell of sea salt, this place reminded me of the east coast of Canada in the summertime. The Magellanic Penguins swimming close to the docks and the flocks of Imperial and Red-legged Cormorants flying by offshore were a quick reminder that we were in fact on the opposite side of the world.


The ferry ride was exciting as it was our first time birding the waters in this part of the world. We constantly stayed vigilant in hopes of seeing a Pincoya Storm-Petrel, which is a recently described, poorly known species that so far is only known from a tiny area in the vicinity of Puerto Montt and Chiloé Island. Most birders who encounter this species do so from this particular ferry crossing, if they are not able to charter a boat to access deeper waters. Unfortunately we had no luck during this ferry crossing, though thousands of Sooty Shearwaters and South American Terns kept us occupied! Mostly we were happy to be birding after a very long bus ride. Our first Magellanic Diving-Petrels were flushed by the ferry, and we enjoyed the Magellanic Penguins. I could hardly believe I was seeing penguins after dreaming about seeing then from a young age, but here they were.

We successfully found a hostel, grabbed some dinner and then headed back to the ferry as we wanted another shot at the storm-petrel. We were able to ride the ferry to the mainland and back for free, but unfortunately the storm-petrels were a no show once again. Due to the long days during the austral summer, it was quite late when we arrived back at our hostel.

First order of business  was to bird some locations where Slender-billed Parakeets, Des Mur's Wiretails, and various tapaculos had been seen, as these are some of the main specialty birds on Chiloé Island. It was a warm but not hot, overcast day with only a slight breeze; ideal birding conditions.

Our first stop was incredibly successful and in no time at all we had dug up some Chucao and Ochre-flanked Tapaculos and a handful of Des Mur's Wiretails. The wiretail was on my most wanted list for this trip, in no small part to that long, thin tail. What an interesting little bird.

A couple of flocks of Slender-billed Parakeets screeched loudly as they wheeled by overhead. This unique species found only in Chile has a long, thin bill; an aptly named species. Eventually some of the birds did land in a distant tree, providing decent looks as they foraged.


One of our more interesting finds of our time on Chiloé Island was discovering a Hellmayr's Pipit, a vagrant to this area that has no eBird records for Chiloé Island, with the nearest records occurring about 200 km to the north. Unfortunately our photos leave a lot to be desired.


Austral Negritos are one of the most common species in this part of the world, though I never became sick of them throughout the trip. This pair was likely nesting nearby, allowing us quite good looks and photos.

Our next birding location was the Senda Darwin Biological Station, a field station set back in regenerating forest that is often visited by birders. This Chilean Flicker alighted on a telephone pole adjacent to the gravel path that led to the biological station.


We were pleasantly surprised to see a Plumbeous Rail where the road crossed over a small creek.

Our main goal at the station was to find a Black-throated Huet-Huet, the last remaining tapaculo species that we had yet to encounter in Chile. We eventually heard one distantly, though we would have to wait to get a glimpse of this species. While we were at the station, we took advantage of the overcast, even lighting to photograph a few of the other birds that we came across.

It was now around 1 PM so we decided to head back to Ancud before planning our next move. It took a while, but eventually we were able to catch a bus back. While relying on public transportation is a lot cheaper than renting a vehicle, it did mean that throughout the trip we experienced several hours waiting on the shoulder of the road for our bus to show up. 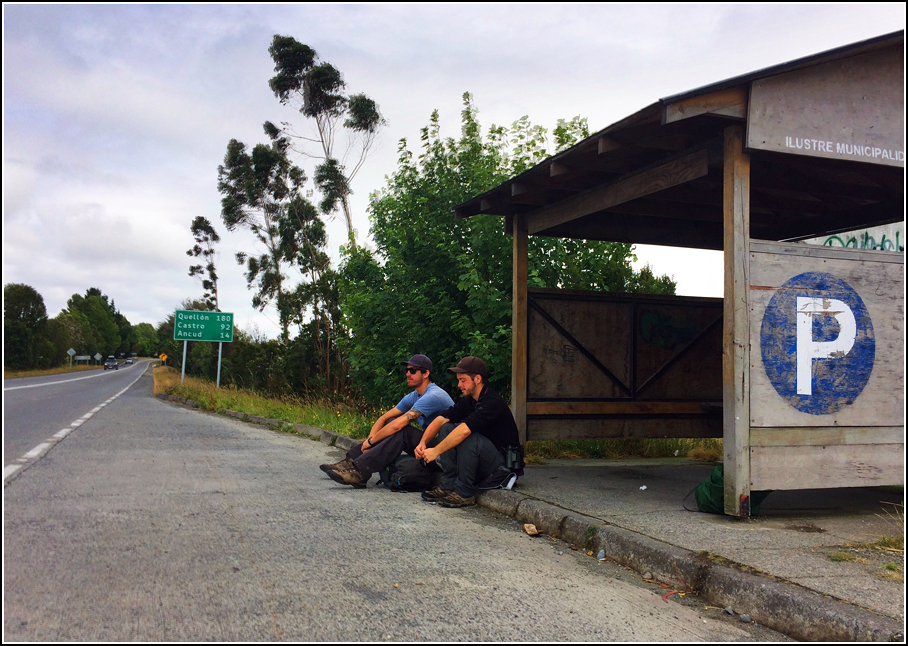 Coastal areas of Chile often have excellent seafood and after a long morning of birding this big platter of seafood and sausage sure went down quite well. 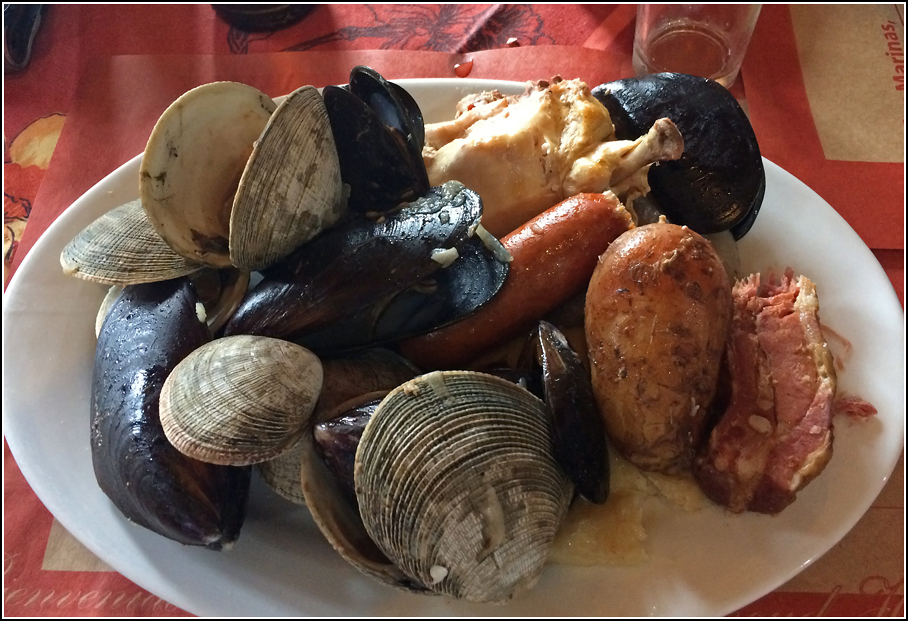 By mid afternoon we were eager to head off to find more birds, with our goal to lay eyes on a Black-throated Huet-Huet. We took off on foot for a few kilometers west of Ancud, and eventually found a dirt road that ascended into some remnant patches of woodland.


A fourth comrade joined our cause for part of the afternoon, though she was more interested in fetching rocks then looking for birds!


After passing through some farmland we took a side road to access a relatively large forest patch that we had noticed on satellite imagery of the area. Extensive logging was taking place here, yet still the birds hung on. Thorn-tailed Rayaditos were a common presence here, as well as anywhere else in the temperate forests of this latitude. They, along with White-crested Elaenias, provided a constant soundtrack to our hiking.


Tapaculos were also present and our hunch was correct; we heard several Black-throated Huet-Huets calling at various points. Try as we might, the best we could do was a very brief glimpse of one! Chucao, Ochre-flanked, and Magellanic Tapaculos also were located, and we had a Bicolored Hawk fly over, our first of the trip. Des Mur's Wiretails provided some great looks, and another flock of Slender-billed Parakeets flew overhead.

After several hours of hiking we emerged back onto the main road and began the long walk back to our hostel in Ancud. As we passed an area known as Lechagua we noticed some steamer ducks that looked a little different compared to the Flightless Steamer-Ducks we had seen earlier. They were in fact a family of Flying Steamer-Ducks. Steamer-ducks are intriguing to me for several reasons. First and foremost, only one out of the four species have retained the ability to fly, while the other three have lost that capability over thousands of years.  These species have no need to fly - their coastal habitats provide a steady source of mollusks and other prey items. The Flying Steamer-Duck however uses its flying capabilities to access inland lakes, where it consumes a variety of different prey items. Steamer-ducks are also well known for being quite aggressive towards other ducks, utilizing their keratinized spurs on each wing to lay a beat-down. Due to their massive size I can imagine that they are feared by the other ducks that share habitat with them!


It was a long day of hiking on Chiloé Island (we covered about 25 km on foot) but a very productive one. The following day we were hoping to visit a colony of Magellanic and Humboldt Penguins!
Posted by Josh Vandermeulen at 09:21