Bugging out in Ayampe, part 2

The next night was perhaps even better than the first. When we returned from dinner the anticipation levels were very high as to what would be on the sheet. We were not disappointed! 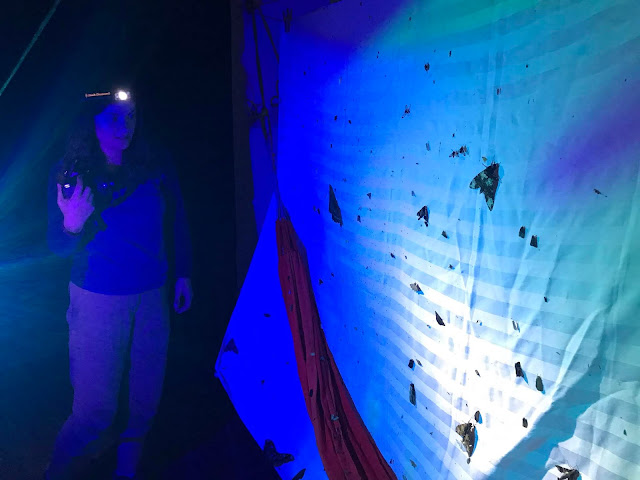 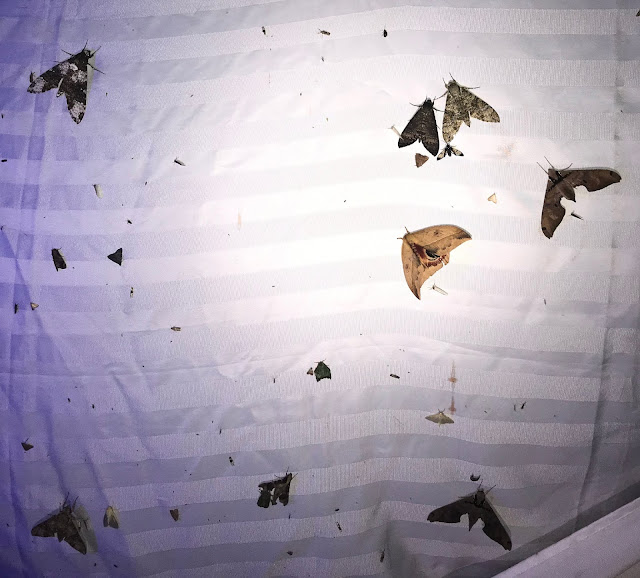 You may be wondering why the hammock is there - there was a bit of a breeze and it was part of our solution to stop the sheet from blowing around too much. 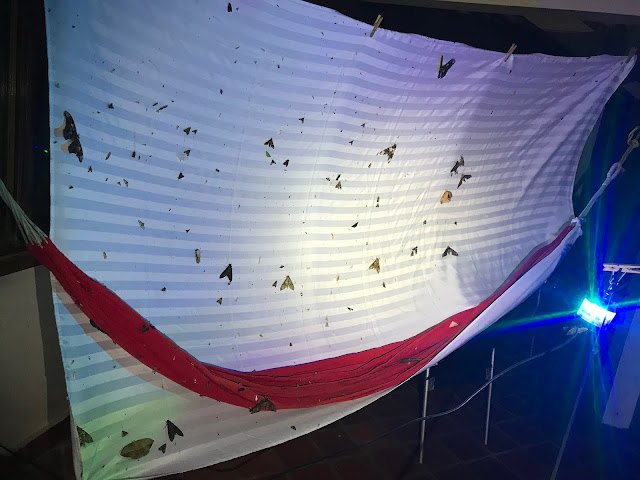 The two Black Witches that showed up on the sheet were the first that we had ever seen, and really impressive with a huge wingspan! Here is David modelling one of them...

Sphinx moths were all over the sheet once again. This evening there were about 20 individuals, including a few new species. All told we had about 35 sphinx moths of 11 or 12 species over the two nights!


Only a couple of Lebeau's Silkmoths showed up this evening, as opposed to the five from the previous night.


There were several other silkmoths present, however. Both of these are in the genus Automeris which includes the Io Moth, a species found back home in North America.

Below are a few more of our favourite moths from the evening. 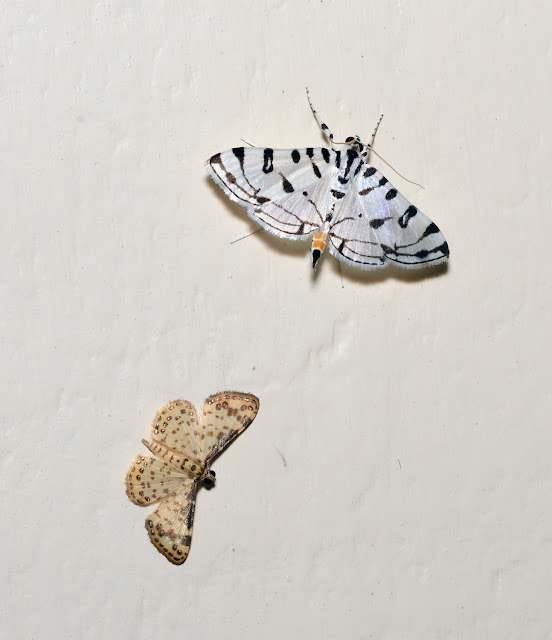 And to close, a few other insects that dropped in.


Posted by Josh Vandermeulen at 11:56