February 23
We awoke bright and early to freezing temperatures on our first full day in Arizona. We made the drive to the famous Salome-Baseline intersection near Buckeye to do a search for the 5 species of thrashers that can be found in the area. Crissal Thrasher was easy as a male was singing right near the intersection, allowing great looks and photos.

Walking through the scrub habitat was quite productive. I was happy to pick out a few Brewer’s sparrows (they ended up being quite common in AZ), while Loggerhead Shrike, Northern Harrier, and Black-tailed Gnatcatcher were also in the vicinity. Dave left to check out one area while the rest of us spread out in a different area. The thrashers slowly started to show – Brett had a LeConte’s and I had fun chasing a Bendire’s through the scrub. A Costa’s hummingbird was a nice surprise! Dave was pissed when he got back as those would have been lifers. He eventually got the thrashers though. While in the area we turned up some new –for-the-trip Abert’s Towhee, Sage and Black-throated Sparrows, and Ash-throated Flycatcher. A Greater Roadrunner was spotted running on the road – how ironic! I missed seeing it though. I wonder what they did before roads? Hmm..
Breakfast time! Dave and I took advantage of the glorious deal of all you can eat pancakes at IHop for 5 bucks, while Matt gained 5 pounds by eating Cheesecake Pancakes. The Santa Cruz flats were up next and we had hoped to pick up some of the rarities being seen there – Rufous-backed Robin and Ruddy Ground-doves, as well as Dirtpipers. Long story short, we struck out horribly on these targets. Maybe we would get a Caracara while we were here? Nope, struck out on that too. The morning was not a total waste as we got to see about 10000 cows, and the flock of blackbirds that accompanied them.

We raced over to Madera Canyon which would be our destination for the night. We had a few hours of light left so we figured we would find some of the specialties of the area. Well basically, we saw 4 species before dark, and half of them were found roosting.

Since nothing was happening up in the mountains we decided that it would be a good idea to go down into the grasslands at the base to see what was going on. There were few birds, however the scenery was stunning and we spent quite a bit of time taking scenery photos. 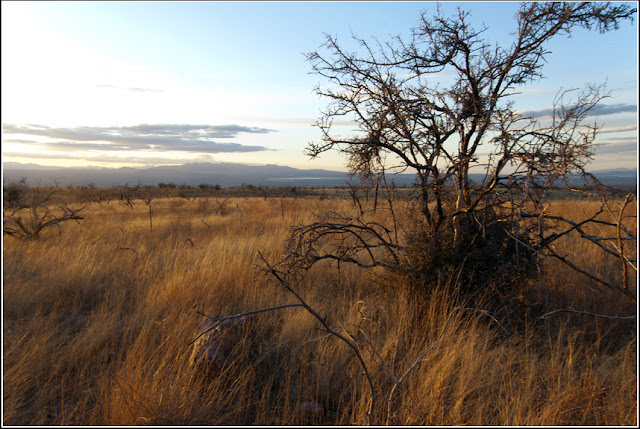 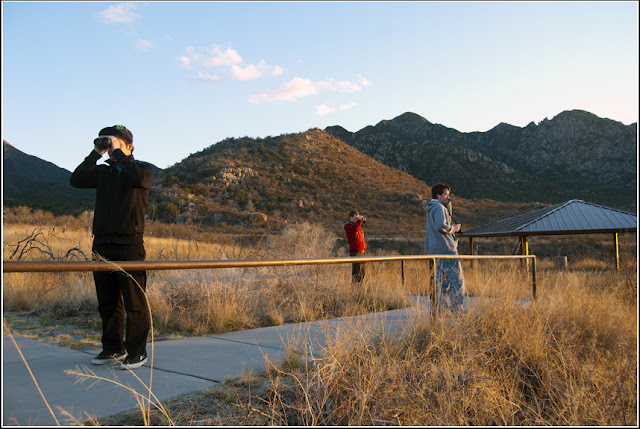 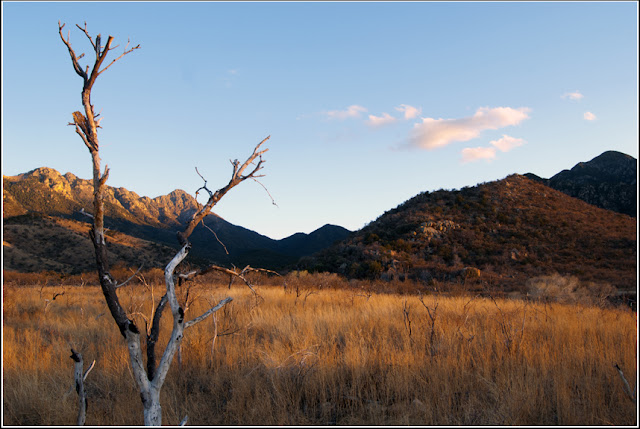 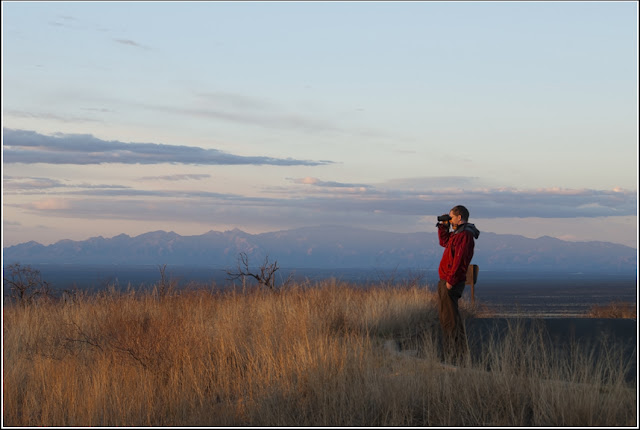 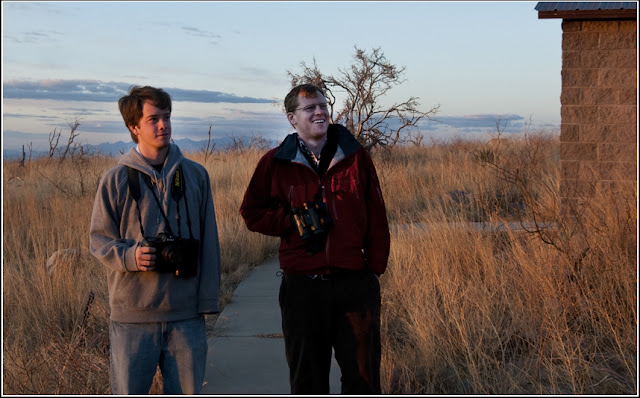 We drove back into town to pick up some McDicks where we indulged in 50 chicken Mcnuggets for 10 bucks - fortunately they don't have this promotion in Canada as it could be bad news. It was back up the canyon to spend the night. We tried for a few owl species unsuccessfully, but eventually heard the distinctive song of a Whiskered Screech-Owl! In North America, this species is restricted to the mountains of southeast Arizona so we were pretty happy to find one! It didn't take much searching before we found the little guy hanging out in a tree.

The next day we had plans to tour southeastern Arizona fully. I was really looking forward to it! Stay tuned four part 4...
Posted by Anonymous at 13:48