February 24
The day held a lot of promise – we were going to spend the morning picking up the specialties in Madera Canyon, then head over to Patagonia to check some famous hummingbird feeders and find about a dozen species of hummingbirds, then check the famous Patagonia Lake State Park (with a detour at Pena Blanca for the Least Grebes) and find a whole bunch of Mexican strays (birds, not people), and finally a check of the San Rafael Grasslands for prairie species.
It took a while for the canyon to warm up in the morning, so birdsong was quiet. After a brief vigil at the Santa Rita Lodge feeders, birds finally appeared. I called out Hermit Thrush, and a junco flushed from a bush. The guys made fun of me, but then seconds later they got on the thrush. Come on, my ID skills are not THAT bad.... Around the feeders we picked up Bridled Titmouse, three subspecies of Dark-eyed Junco, Acorn Woodpecker, and brief looks at a Hepatic Tanager that stopped in. I was especially happy with the tanager - a species that I had long wanted to see! Unfortunately the hummingbird feeders were not active this time of year.


At this point it was still quite cool out (about 30 degrees F), so we drove down the canyon to see what was active in the sun. This was a good move as we found a huge sparrow flock containing 11 species (including our first Green-tailed and Canyon Towhees and Lark Buntings). Many other birds were around and we had great looks at Pyrrhuloxia, Ladder-backed Woodpecker, and Cactus Wren.

We left with smiles on our faces and drove to Pena Blanca Lake to check out the Least Grebes. Along the route we had a couple of Black Vultures!

I split from the guys and  found 3 at the far end of the lake (with a flock of Mexican Mallards), while they found the other 3 grebes at their end of the lake. I really enjoyed this place and was happy to find an Eastern Winter Wren (very rare in Arizona), Bewick’s Wren, and Rufous-crowned Sparrows. The other guys got Sora, Gray Flycatcher, and a few others.

We continued on to Patagonia, but for a moment were slightly confused as the signs were in metric around here! We also briefly looked at Mexico. Nice place!

The main targets at Patagonia were Neotropic Cormorant, Rufous-backed Robins, and a trogon. Well, the theme of Arizona continued and we missed them all. White-throated Swifts were nice to see and we had some interesting passerines including Plumbeous Vireo, Hammond’s, Gray, and a “Western” flycatcher, and marsh wrens. We had some fun angering the belligerent cows that roamed the area as well. It was a nice park and it felt great to be walking around on this beautiful spring day! 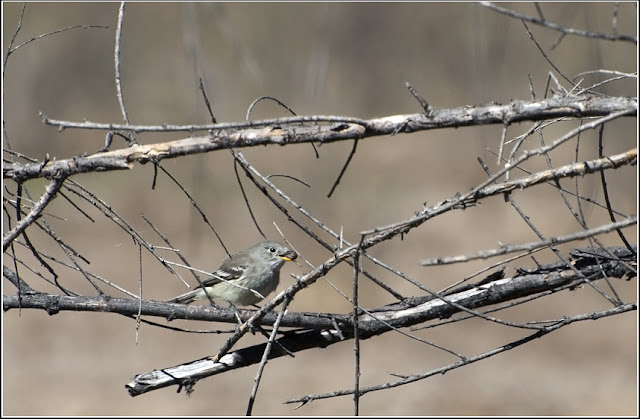 The famous feeders of the Paton’s were next on the agenda. These hummingbird feeders have been visited by nearly every birder who goes to southeastern Arizona, and for good reason! As expected, when we arrived there was a vigilant group of birders keeping an eye on the feeders. Inca and White-winged Doves were new for us and a male Lazuli Bunting made a few brief visits.

The only hummers we got were Rufous, Allen’s, and Anna’s - so much for a huge hummingbird day! It was, however, great to have killer looks at these birds in perfect lighting.

A Red-breasted Sapsucker was in the trees just down the road, which I believe is a rare bird for southeastern Arizona.

We spent the afternoon at the San Rafael Grasslands, a stop that ended up being one of the highlights of the trip for all of us. While bird life was scant, the place was spectacular. Endless rolling grasslands extended almost as far as the eye could see.

It was so peaceful with a gentle breeze rolling through, the sounds of Meadowlarks everywhere (both species), and the warm glow of the setting sun behind us. We spent much of the time just cruising around. 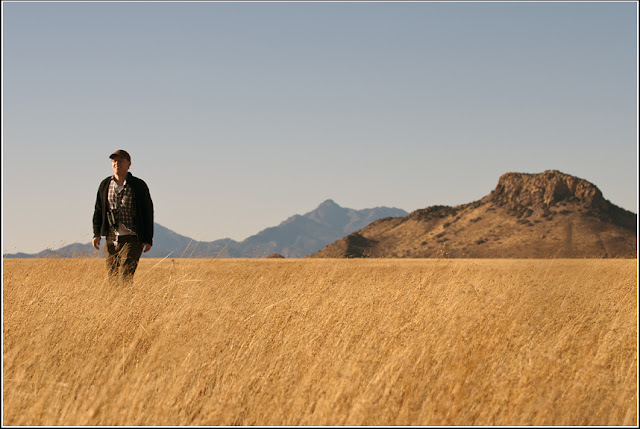 Birdlife, while not incredible, did include Grasshopper Sparrow, Lillian’s Meadowlark, Northern Harrier, “Prairie” Merlin, White-tailed Kite, and Say’s Phoebe. We ended up scoping a flock of Pronghorns in the distance.

Dave of course, had to emulate their behaviour. Nice prancing, buddy. 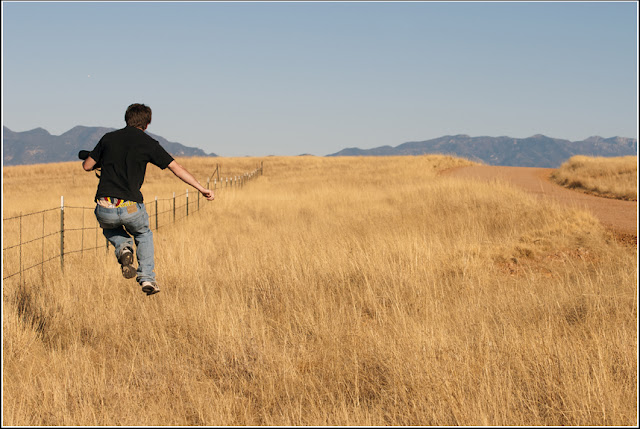 I left this place with a great feeling – it was so relaxing and peaceful to be in this wonderful place.
Dinner was spent at a local joint (the Wagon Wheel), then it was off on the long drive to Portal. We arrived in Cave Creek Canyon under a blanket of stars that were visible in the dry desert air.

It was time for yet another long night in the car, but I had a surprisingly decent sleep curled up in the back seat. I guess total exhaustion will do that to you!
Posted by Anonymous at 14:14

What is your plan regarding Hurricane Sandy?