Today was one of my most highly anticipated days of the trip - we were planning on hiking to the top of the mountain - Cerro Pirre - and clean up all the endemic species found at the summit!

We were up by dawn, and while waiting for everyone to get ready for the hike, Dave and I birded around the campsite. We had several new sightings around camp such as Russet-winged Schiffornis and Speckled Mourner (both heard only) as well as calling Wing-banded Antbird, Tody Motmot, and Black-faced Antthrush. A few more Lemon-spectacled Tanagers were nice to see as well!

We finally were on our way by 8:00 AM - a little later than we had anticipated. We were hoping to make decent time on the ascent as we planned on returning to Rancho Plastico later in the day.

The hike started off with a major highlight not fifteen minutes into it. I was walking near Isaac at the front of the group, with Dave several dozen meters behind and Steve somewhere further back. A small hummingbird flew past Dave and landed right in front of Isaac and I. Holy **** - it was a White-whiskered Hermit!! This species is found on the Pacific slope and Chocó lowlands of western Colombia and Ecuador, with very few (if any?) records for Panama. Our looks were decent, though my attempts at photography in the dark understorey failed (stupid autofocus...). I wouldn't be surprised if there is a decent population in the Darién - it is just so difficult to access most of it.


There are four species of birds that are endemic to Cerro Pirre and surrounding mountain range, and all of them can only be seen once you reach the higher elevations. This of course involves boating in to El Real and making the two day hike up the mountain while camping in the jungle. It is not a journey for the faint of heart, and even for a group of relatively fit young birders it is no easy feat.

These endemics include the three "Pirre" birds - the Pirre Chlorospingus, Hummingbird, and Warbler, as well as the Green-naped Tanager. The Beautiful Treerunner is found mainly on Cerro Pirre, though there is also a population in the nearly inaccessible Tacarcuna range as well as further west at Cerro Chucanti.

As we began the steep ascent of the mountain (600+ m in elevation gain over a distance of 1 km!) we added lifers fast and furiously. Our first Pirre endemic provided a spate of excitement - a small group of Pirre Chlorospingus (Pirre Bush-Tanagers)! Photos are always difficult in this habitat type, especially when the bird is backlit against a bright white sky.


We occasionally found small groups of tanagers and at one point Isaac located a pair of Green-naped Tanagers! We could hear them calling but they disappeared before the rest of us could lay eyes on them unfortunately. These would be the only Green-naped Tanagers we would encounter.

Other lifers I can recall from this hike up to the mountain summit included Gray-and-gold Tanager, Collared Trogon, Brown Violetear and Orange-bellied Euphonia. We occasionally heard the distant calls of Great Green Macaws, though they remained out of sight.

The trail kept getting steeper, while the vines and trees were seemingly covered with denser and longer spikes and the moss was much more slippery as we ascended. It was tough slogging with frequent rest breaks but we made steady progress. The ethereal notes of the practically endemic to Panama Varied Solitaire accompanied us, tantalizing us as a "heard-only" species until Isaac finally spotted one perched quietly. My photos are terrible so I'll leave them out.

Finally, after several hours of some of the most difficult hiking I have ever done, the four of us reached the summit! We rested for a few minutes, then set out along the ridge to find as many of the specialties as possible.

Pirre Hummingbirds were quite common along the ridge, and we came across several Pirre Warblers as well. We were especially happy with the latter as this endemic is easily missed here!

Green-crowned Brilliant was yet another life bird for me, and one that I actually managed a photo of.


More interesting to us was a good look at a Tooth-billed Hummingbird. This is another "Chocó" species, ranging from the Darién east and southwards along the Pacific lowlands and foothills to northwest Ecuador. When viewed in profile, the small hooked "teeth" at the end of the bill can be seen, an adaptation which may have to do with sexual selection (it is not found on females) or to assist with a specialized foraging strategy.


Birding along the ridge was fantastic, even though we were limited to a few short hours up there. We heard a calling Dusky Pigeon at one point; like the White-whiskered Hermit earlier, this species is virtually unknown from Panama as it ranges further east and south in the Chocó of Colombia and Ecuador.

Several other target species quickly feel into place. Choco Tapaculos were quite common, and with a bit of effort excellent looks were had at one skulking! Yellow-green Grosbeaks have a very limited range in North America (just a small part of the Darién) but they do extend throughout parts of Amazonia, northern South America and coastal Brazil.


Yellow-collared Chlorophonia is another target species that can be found at Cerro Pirre. These small, finch-like birds are a Chocó endemic, their Panama range only including parts of the Darién. We spent quite a bit of time watching a small group of them and their antics in the trees above us. 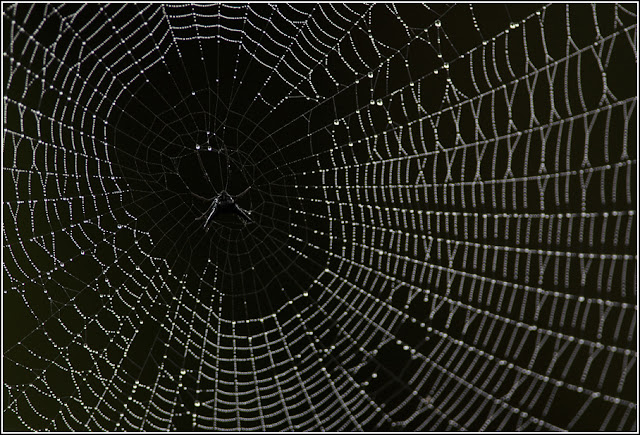 Sooty-headed Wren is more easily seen in Colombia, but in North America they are only found in these mountains of the Darién. Several were singing and eventually we had good looks at one.


We searched for our last remaining target bird along the ridge, Beautiful Treerunner, but came up empty. I'm sure if we had decided to stay the night and search the following morning we would have had much better odds. Eventually we were forced to pull ourselves away from the fantastic birding, since we wanted to reach Rancho Plastico was it was still light out.

The walk down the mountain was not quite as tiring as the walk up, but it was still not very easy. We all spent portions of the walk sliding down the trail on our behinds, (not on purpose!) and I almost fell off the mountain at one point (I hope you're not reading this, Mom....)! The hike down was a good thigh workout, and I think I can speak for the other guys when I say that my legs felt like jelly afterwards.

The walk back down was more about making progress and so we stopped less for birds. Many of them were repeats from the morning, anyways. One big highlight however was this Sapayoa that Isaac picked out as it perched quietly. This species is currently listed by some as the only member of its family, with its closest relatives likely the broadbills of Africa and Asia, or the asities of Madagascar. It can be a difficult bird to find as it is easily overlooked and does not vocalize too much.


Exhausted, we arrived back at Rancho Plastico with some daylight left. We decided that we would try for one more specialty bird found in the area - a Sharp-tailed Streamcreeper. Accessing the bird's stream involved another steep, slippery walk down the side of the ridge, but at the bottom was a beautiful crystal-clear mountain stream. We successfully found the target bird, along with bonus Dull-mantled and Zeledon's Antbirds, after cooling off in the stream. And right at dusk we were successful in hearing a Black-crowned Antpitta. Some of us had brief views of the bird, and at one point I had a fantastic look as it walked along a log.

That evening the rains came down quickly - our first significant rainfall during the trip. Unfortunately I had some issues with setting up my hammock and was caught in the downpour, with my sleeping bag completely soaked (and me as well) within seconds. Luckily I was able to stow my pack and camera in Isaac's tent, where it was nice and dry. It was not the most comfortable sleep, needless to say, but I eventually fell asleep at some point due to exhaustion.

The next day our plans were to hike all the back to Rancho Frio, hopefully picking up a few new birds as we went.

Total bird species so far: 453
Posted by Josh Vandermeulen at 14:00