We were on the road early once again, hoping to miss most of the traffic near Panama City. We were passing through shortly after sunrise, and our route took us directly past some mudflats at Costa del Este, located along the edge of the city. There was no place to pull over and it was impossible to identify most things as we drove past. I resorted to photographing the groups of shorebirds systematically, with a plan to sift through the photos later. I used a high ISO to obtain a fast enough shutter speed and some depth of field, but the results actually worked quite well when the photos were blown up despite the fact that I was partially shooting into the sun. Our eBird checklist for Costa del Este contained 26 species, including 10 shorebirds and 8 terns/gulls, in about the two minutes it took to drive by the flats. Seventeen total species here were new trip birds; a pretty good two-minute stretch! Luckily I was able to return to this area several days later with Andrew Keaveney (doing a solo Panama trip) after returning from our Darién excursion, where we had much better looks at everything. I will post about that in a later blog entry from this trip.

By 8:20 AM we arrived at Lago Bayano, and already the heat for the day had begun set in. Overlooking the lake, we had views of some of our target species almost immediately - Cocoi Heron, Pied Water-Tyrant, White-ringed Flycatcher. We came across our first Neotropical Cormorants for the trip, while a Ringed Kingfisher was an overdue lifer for me. We couln't find any of our target Capped Herons, however.

We found a few sideroads leading into dry forest, and this was surprisingly birdy for late morning in the lowlands. A pair of White-eared Conebills produced high-fives all around, while Black Antshrike and Jet Antbird (finally!) were also exciting. While a relatively common neo-tropical bird, I was particularly stoked by the glowing colors of a male Orange-crowned Oriole.  Red-rumped Woodpecker and Bronze-tailed Plumeleteer rounded out the highlights. Here are a few photos of some of the species we came across. 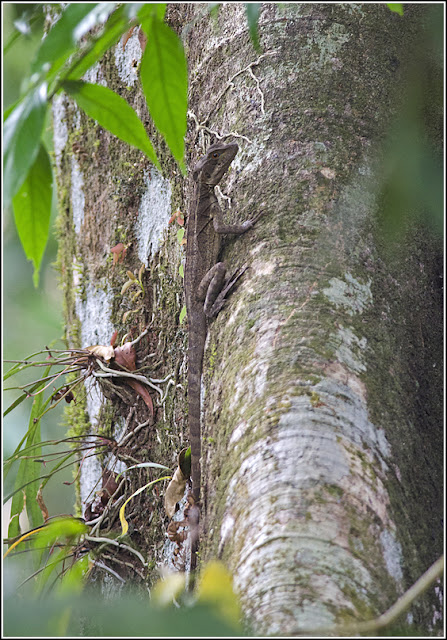 We arrived in Torti by 1:00 PM and eventually were able to sort out a room reservation. We also had some last minute calls with Isaac, a local guide in El Real who we were hiring to guide us in the Darién. There was some confusion on some things but eventually we were able to sort out meeting him in Yavisa, the entrance to the Darién Gap at the end of the highway, the following day.

The hummingbird feeders on the building next to the hotel were quite active, and we soon identified seven species, including two new ones - Long-billed Starthroat and Scaly-breasted Hummingbird. It was here that we ran into Nick Athanas, a birding guide employed by Tropical Birding. Nick is world-renowned for his knowledge of birds of South America. He was traveling in Panama on his own, but would likely be leading tours for Tropical Birding here in the future.

Nick joined us on a walk down a dirt road alongside a creek on the outskirts of town. It was an enjoyable walk and quite birdy, Pacific Antwren, Barred Puffbird, Cinnamon Becard and Tropical Parula were highlights for me as they were all lifers! We dipped on a Double-banded Graytail that had been seen here early. It was great birding with Nick, and a pretty productive hike nonetheless. 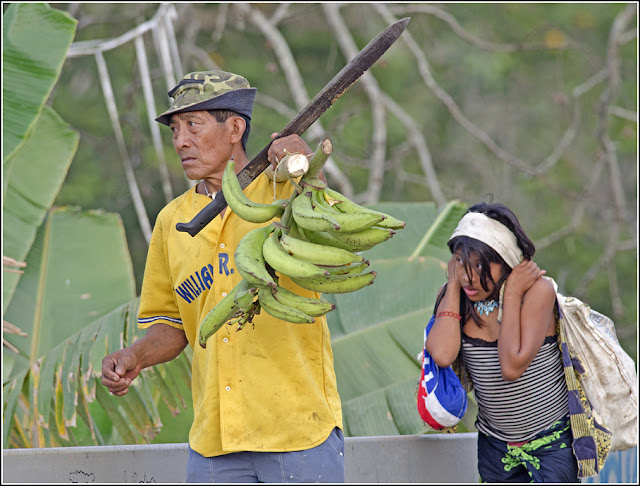 The next morning the plan was to continue driving east, all the way to the end of the road in Yavisa. From here we would meet with Isaac and hire a boat to take us towards Isaac's hometown of El Real, located within the forested Darién region. We were planning on hiking to the premontane forest found near the peak of Cerro Pirre, a place where all the Darién endemic birds could be found. It was going to be an exciting few days, traveling on foot and sleeping in hammocks in one of the largest remaining forested regions of Central America.

Total bird species so far: 383
Posted by Josh Vandermeulen at 14:00