On our last night in Panama before our flight back, Jon and I ventured over to the Gamboa area, home of the world famous Pipeline Road. This stretch of road travels through Soberania National Park and is considered to be one of the best birding locations in Central America. It is possible to see several hundred species along this stretch in a day - I think some people have seen close to 300 in a single day here! We weren't there for the birds, though the following morning I did see about 100 species in five hours or so.

We were there to do some night hiking! Most of our night-hikes had taken place in El Valle and El Cope, areas containing mid to high elevation Pacific slope species. Pipeline Road runs through lowland Caribbean slope tropical forest.

It was hot and humid as we set out on our long trek down the road. Almost immediately we began to notice frogs including many species that were new for our trip list. 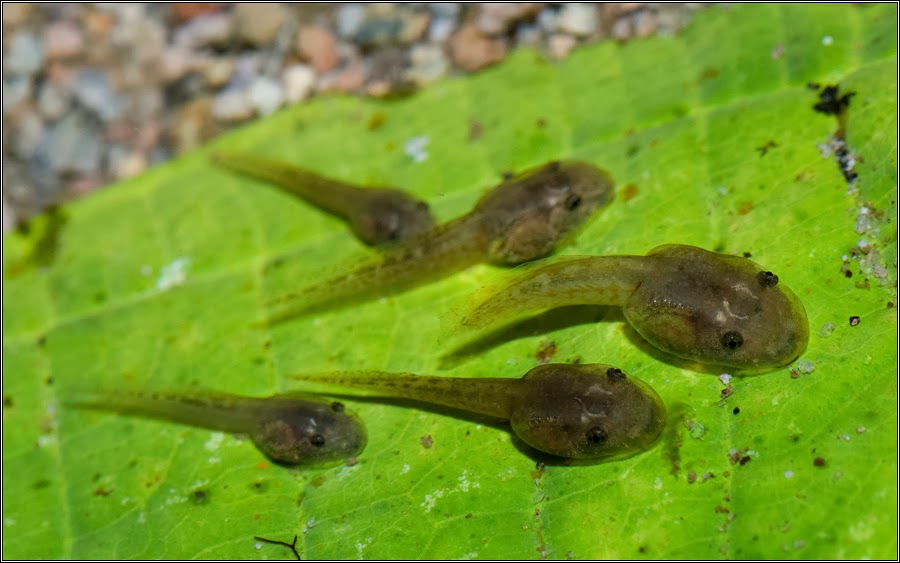 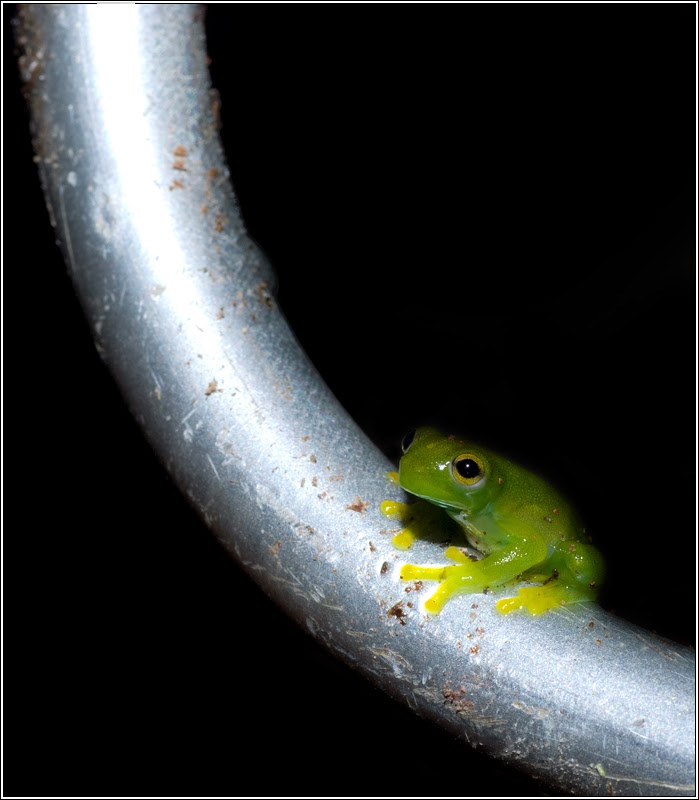 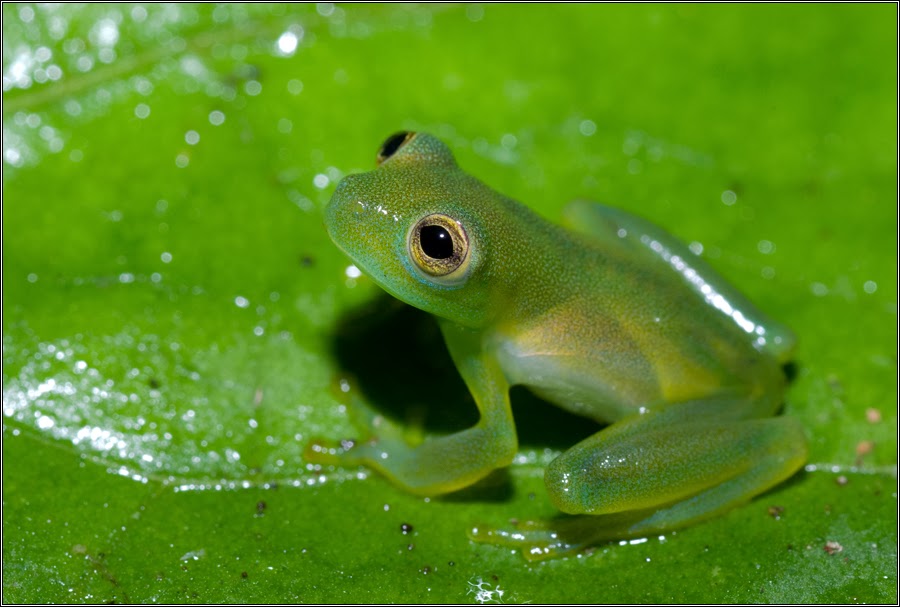 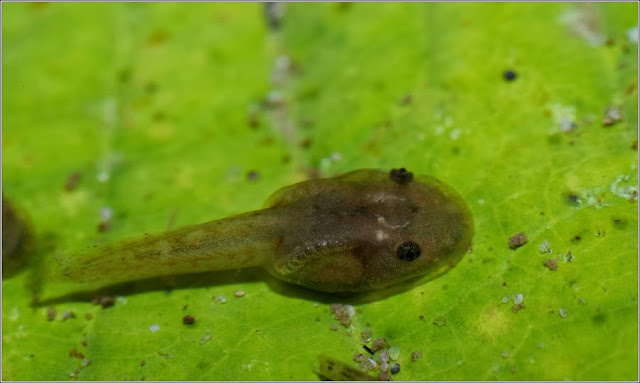 While the road was mostly straight without any major elevation changes, it was still tiring in the heat. I'm not sure how many kilometers we walked that night but it was probably well over 10. 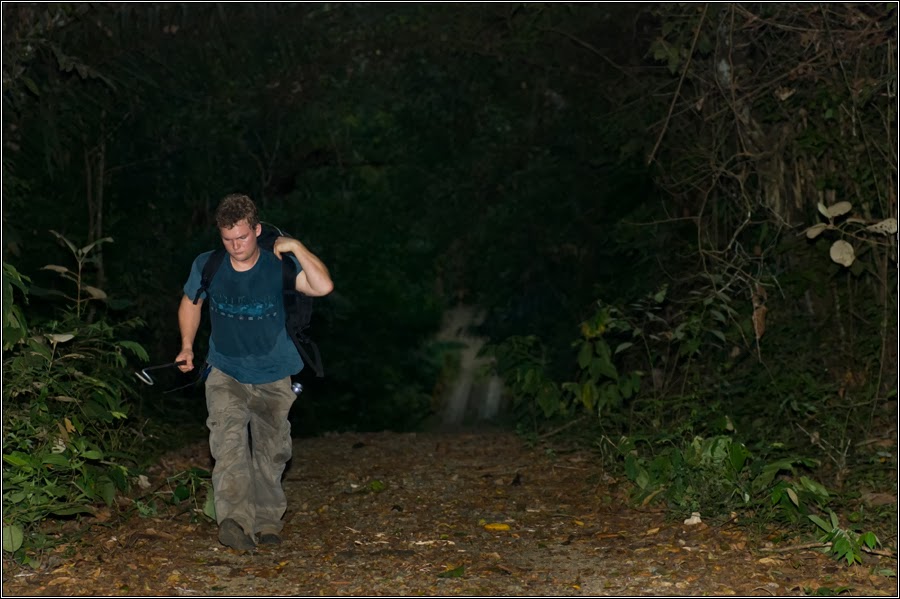 We encountered a single snake on our night-hike. It was a common species but new for our trip list (and a lifer for me!).  Coniophanes fissidens is a common species throughout Central America and northern South America.

Like most colubrid snakes, Coniophanes are harmless to humans but are technically "rear-fanged". When they catch their prey, they will work in the venom - enough to incapacitate a lizard, but hardly enough to cause a bit of local swelling in people. Jon decided to test it out...


We came across several birds while out hiking as well. Three species of owls were heard calling including Black-and-white Owl, Mottled Owl, and Crested Owl. Common Pauraques were abundant along the road. We quickly discovered that they were almost too easy to approach! If we had tried we probably could have easily caught one by hand.

Near the end of our hike we stumbled across this turtle, out and about for a crawl along the road. 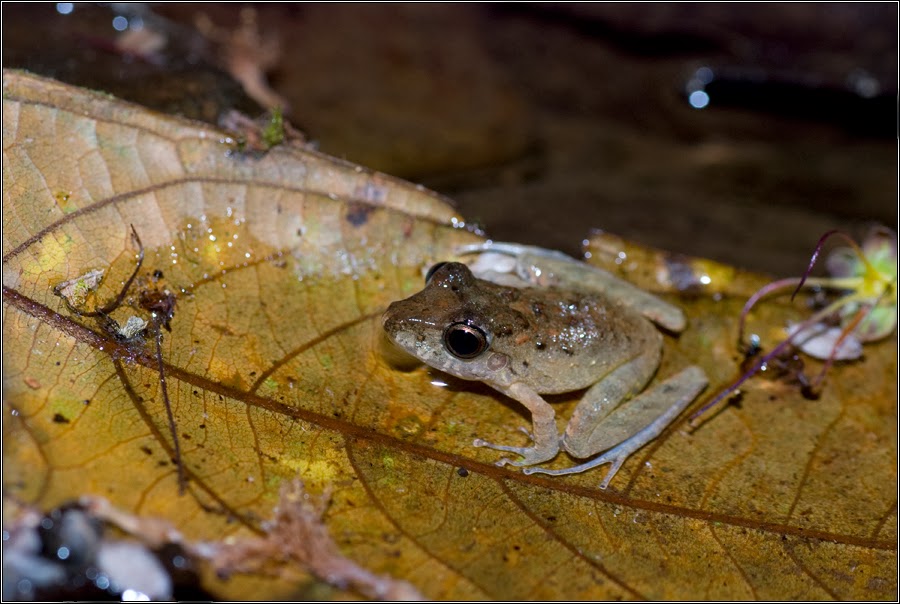 Posted by Josh Vandermeulen at 11:00