Early in the trip, perhaps our first day in El Valle, Jon and I went for an afternoon hike that transversed through several habitat types. As we were moving between a marshy area and secondary forest, Jon suddenly noticed a snake slowly crawling through a tree at eye-level and made a quick snag! 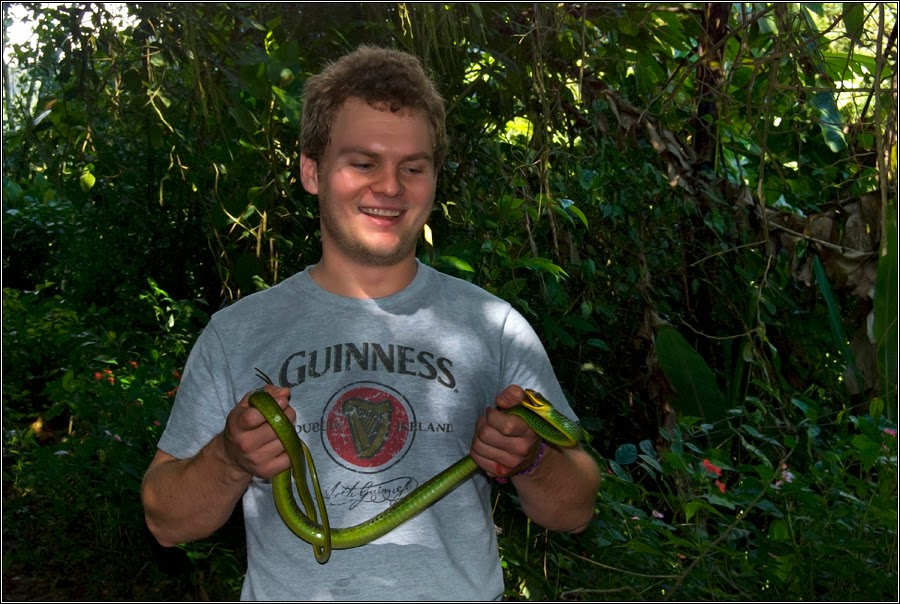 It was a Chironius exoletus, also known as the Green Sipo or Green Keelback. As you can tell in the above photo, they do not have the friendliest disposition...

This is an active diurnal species that preys mainly on treefrogs, lizards, and birds. It ended up being the only one we observed on the trip!


Several species of ameivas were seen during the day. Most were too quick to catch, but one lingered for a second too long when we discovered it under a board. This is a Delicate Ameiva (Ameiva leptophrys).


As the trip wore on I become more and more interested in the wide diversity of rain frogs found anywhere in the forest. I quickly became adept at picking them out their silhouettes with my headlamp beam as they sat on the opposite side of a leaf. There is no excellent field guide to amphibians in Panama but with Mario's help I soon recognized some of the common species. Here is a small sample of some of the rain frogs from the forests around El Valle.


One of my favorite finds was this one - Craugastor tabasarae. This species was recently described in 2004 and at the time of the trip was only known from El Cope, a town located high up in the cloud forest about 30 miles west of El Valle.


These notoriously difficult to identify and variable species are often identified not by one single fieldmark but by a combination. Common field marks include the eye colour, colour and pattern of the ventrum or inner thighs, and head and body shape. Other features, like colour or dorsal pattern, can be quite variable between species. 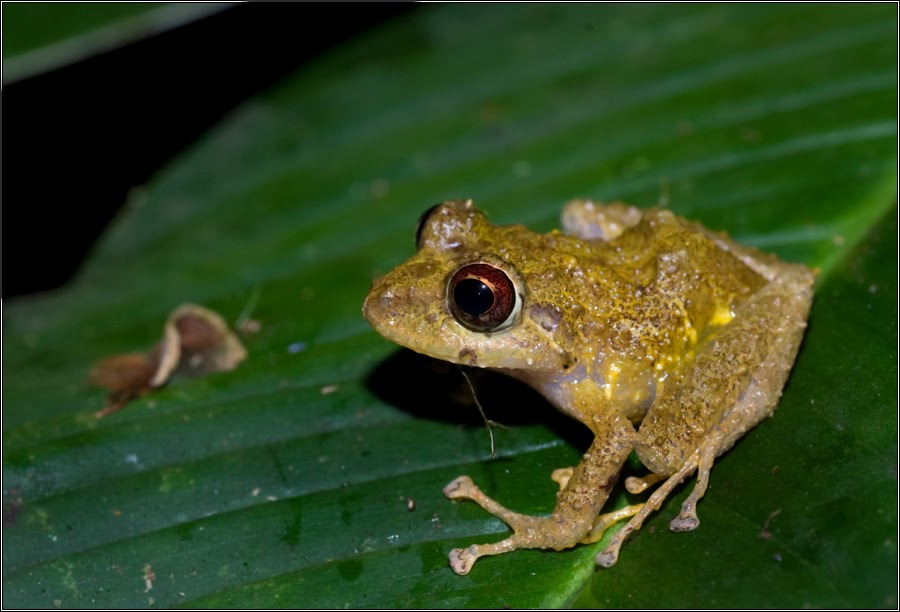 The next species is easily identified at night by its extremely pale coloration and light spots. Like most of the species featured in this post, Pristimantis pardalis has a very limited range, being found only in a small area of Costa Rica and Panama.

One of the best fieldmarks for the above species is the presence of a dark mark just above the tympanum ("ear").


The Rainforest Rocket Frog (Silverstoneia flotator) was another abundant species throughout the lowlands of Panama. I believe we found this one in a dry creek bed. 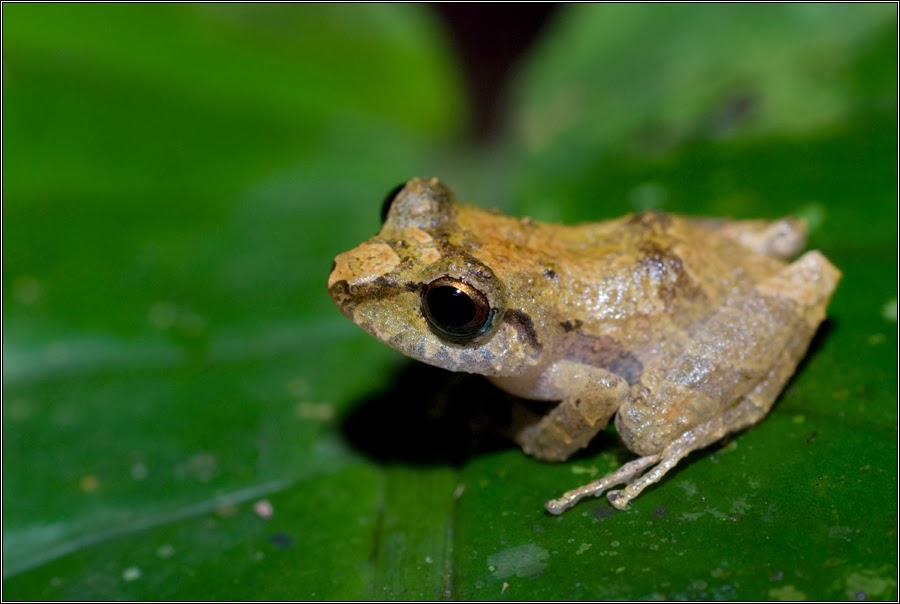 This post is starting to get a bit long so I will cut if off here. Lots more to come.
Posted by Josh Vandermeulen at 11:00