While night-hiking was probably the most productive way to find herps on our trip, we were fairly successful during the day as well. Like many herpers, snakes are favorites of both Jon and so we focused a lot of our effort into finding them. They say that in the tropics you are doing well if you see one snake a day. We averaged about two snakes a day throughout the trip, and other than numerous Fer-de-lances, nearly every snake we saw was a new species for the trip!

One day, Jon and I arrived in El Valle around late morning. The previous night had seen us out herping until nearly 3:00 AM, so by the time we had roused ourselves in the morning and made the hour long drive to El Valle the sun was high in the sky and the temperature was increasing. By the time we reached our destination by car, a nice stream in mid-elevation forest, the humidity had dropped and the numerous foliage had obscured the suns rays, cooling down the temperatures. 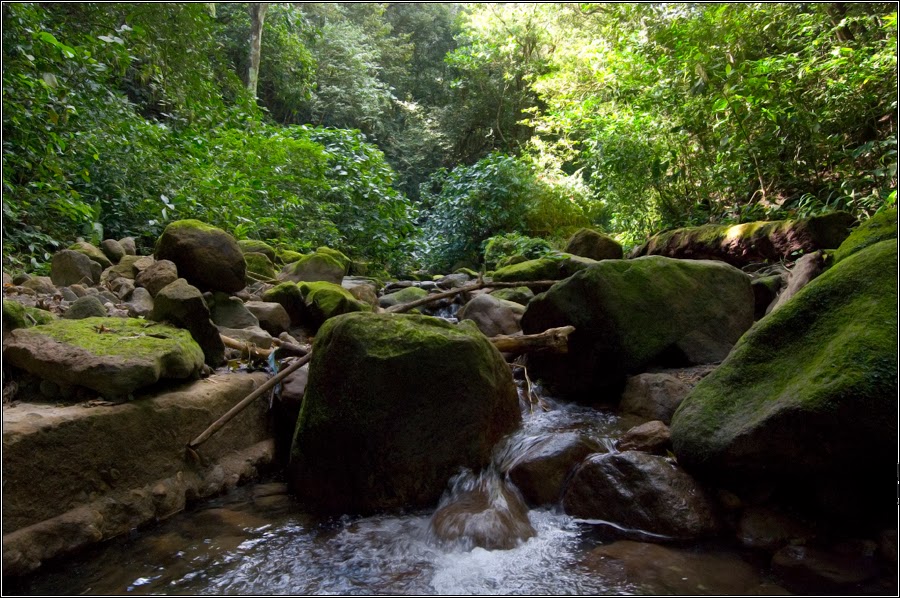 During the dry season, species from all over will move towards streams such as this one. It was our hope that snakes would be concentrated along this particular creek.

Several species of rain frogs were seen along the banks, and Stream Anoles occasionally scampered away.

Jon and I split up, me heading upstream and he continuing downstream. About an hour later I thought I had heard an excited yell. By the time I had met up with Jon, he had a huge grin on his face and a red and black snake in his hand. 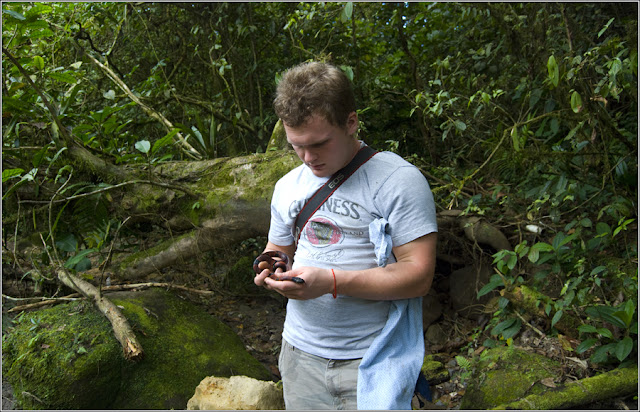 It was a False Coral Snake (Erythrolamprus minus), a lifer for both of us! This species dines primarily on snakes and it was probably visiting the creek bed for the same reason that we did - to find snakes! While not venomous, it mimics a couple of species of coral snakes and likely gains some sort of protection from this mimicry.

We saw very little else of interest on that hike apart from some common lizards and rain frogs. Below are some shots of a Pristimantis gaigei, one of my favorite rain frogs. I can't recall if I took the following photos on this hike or on a different one.


Part 5 will contain some more night-hiking photos, including the find of the trip!
Posted by Josh Vandermeulen at 11:00