In a previous installment I mentioned the numerous Fer-de-lances that Jon and I had found on a particular road at dusk. I will begin this post with a few more photos of additional road-cruised Fer-de-lances!

While most of El Valle consists of beautiful forest, surrounding the volcano are some heavily de-forested areas . Since I often forget to take "scenery" style photos while traveling, I took a few minutes to try to capture the evening light over the hills. 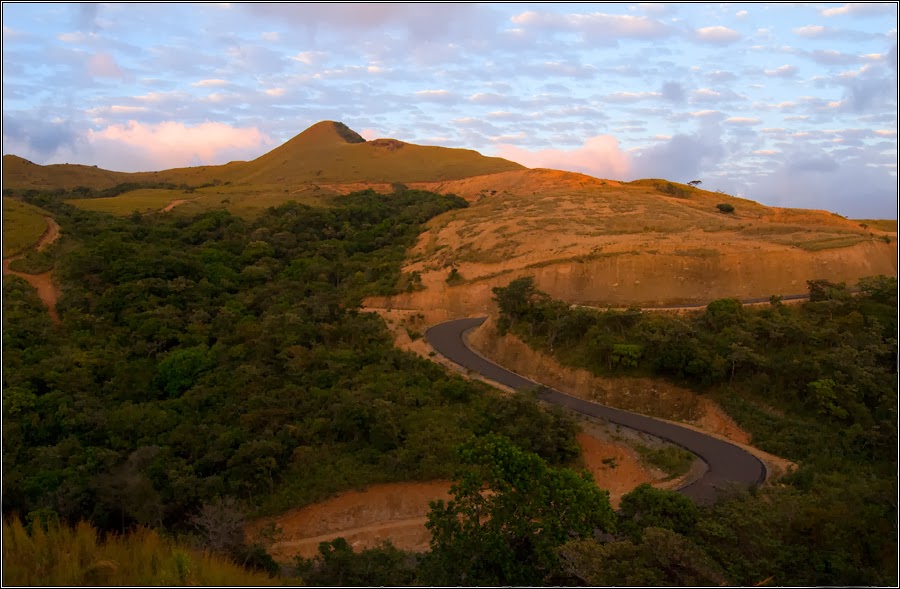 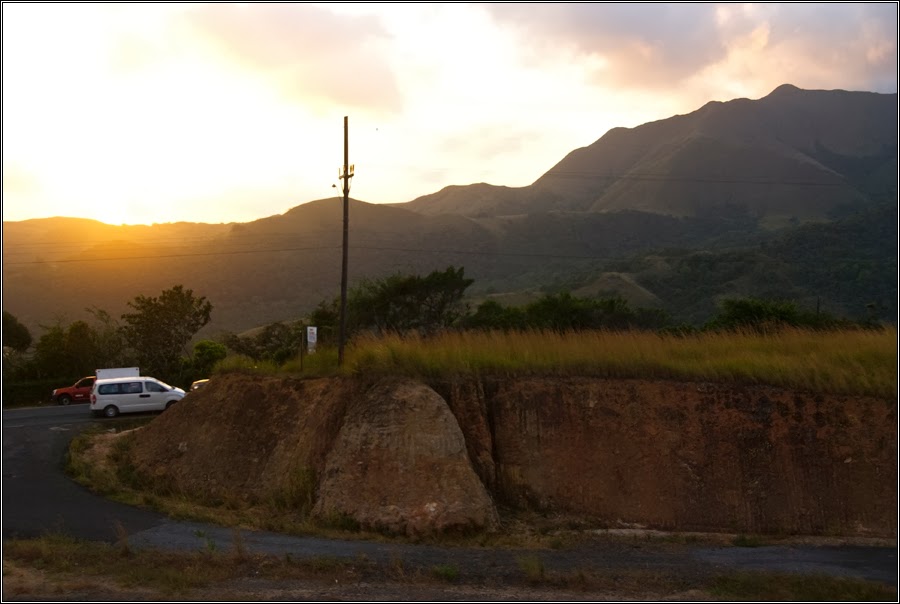 Like our previous road-cruising adventures, this one was no different in that the only snake we observed was a Fer-de-lance!

There were two other main highlights seen while night-hiking in El Valle which I have not mentioned yet.

Dunn's Spinytail Lizard (Morunasaurus groi) is a poorly known species of lizard that inhabits steep hillsides in tropical forests in Panama and Colombia. They look more like miniature dinosaurs than anything else! This species lives deep within mud burrows located on steep, muddy, and generally difficult to access hillsides.

Luckily, Mario knew of a place where this species could be found and so we ventured there one evening. It didn't take too long to encounter a couple of these prehistoric lizards!

The other main highlight occurred just a few nights after we discovered the likely undescribed Ninia species (see Part 5). Mario again first spotted the tiny snake, barely 6 inches long, by carefully rifling through some leaf litter on the forest floor.

Again, it was a species whose identify Mario was uncertain of, and it took some carefully keying-out the following day to identify it. It appeared to be a species of ant larvae-eating snake, Geophis bellus.

Geophis bellus was described in 2003, based on a specimen found in 1964. This specimen was found near Cerro Jefe in Central Panama and the species has never been observed since. This is only the second one ever seen then, and these are the first photos of a live one. Despite its scarcity they are probably somewhat common in certain habitats, but their secretive and fossorial nature make them extremely difficult to find.

While we were photographing the above snake, we noticed a toad nearby, just hanging out. It ended up being another new species for our trip list - an Incilius coniferus. This species is found in lowland rainforest including disturbed areas and gardens.

While herps were obviously the main priority of the trip for us we did see other interesting species, including some that had feathers! While bushwacking through a thicket during one of our many night-hikes, we disturbed a couple of Rufous-capped Warblers tucked in for the night. This is the best that I could do with my macro lens.


The next two installments will cover an entirely different area - the cloud forests at El Cope!
Posted by Josh Vandermeulen at 11:00