After our extended stay in El Valle, Jon and I took the rental back down to the highway and across into Penonome. From here we drove towards the mountains, eventually driving nearly up the side of one.

As we ascended, the temperature decreased and the air became mistier. Eventually the road became too difficult to ascend, and wanting to take advantage of the last few hours of daylight, we left the SUV on the shoulder and began hiking up.

Eventually we reached our destination - La Mica Biological Station. We took a few photos near one of the buildings as the mist washed over the area. 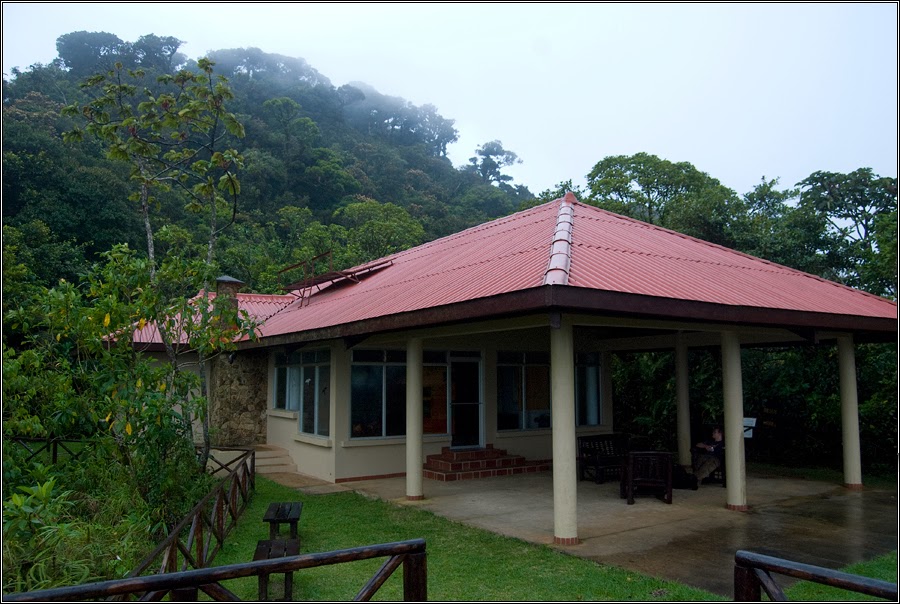 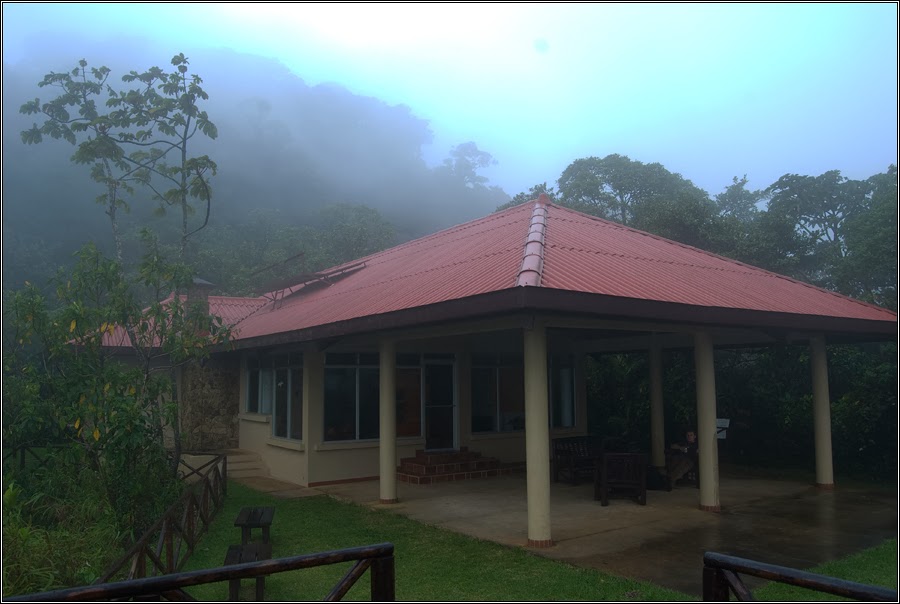 Eventually it was nightfall as we began hiking in the area around the station. While there was some rain, it was very light (mostly just dripping from the trees), and the temperature was relatively warm in the sheltered areas away from the wind. I saw the first Green Tree Anole (which evaded my camera) and soon frogs were easily found on the trail and on the trailside vegetation.

At one point I startled this Long-billed Gnatwren, which was roosting right over the trail. I grabbed a quick photo then moved on.


We were hoping to keep our streak of "consecutive days with a new snake species" alive. After a few hours, I discovered the new snake - this time a Northern Cat-eyed Snake (Leptodeira septentrionalis).


The rain frog diversity was astounding. I don't have my notes on me, but will try and dig them up to identify these frogs.

Not surprisingly, Masked Smiliscas were common here as well. They really are an impressive frog, even with how common they are.


I will continue with the remainder of our time in El Cope next...
Posted by Josh Vandermeulen at 11:00