Yesterday I returned from an awesome trip through Worldwide Quest Nature Tours where I co-guided (along with Glenn Barrett) a group of 15 people to beautiful Cuba. The trip was an absolute success with many great sightings of birds and other wildlife throughout the two weeks. Without a doubt I miss the place already, especially after stepping out into -15 weather to start my car this morning...ughh....(Hey, at least it is not -30 anymore! Right?).

At some point I will make more detailed posts complete with lots of photos, but for now I will list a few of the highlights. While the trip was not a dedicated birding trip, and our focus was on all sorts of wildlife and plants, my main personal goal was to see as many of Cuba's unique bird species as possible. We managed to see 18 country endemics (out of 28 total), including some difficult ones in Fernandina's Flicker, Gray-fronted Quail-Dove, Cuban Grassquit and of course the world's smallest bird - Bee Hummingbird.

I was happy to finally lay eyes on my first Cuban Tody - a new bird family for me. These tiny fellas are somewhat related to kingfishers, jacamars and motmots, yet come in at approximately 4.25 inches in size. Their cuteness and bold colours more than make up for their small stature!

No birding trip to Cuba is complete without a healthy dose of Tocororos, or Cuban Trogons, the national bird whose colours are the same as the flag. Their call of "toco-roro-roco-roro" is what inspires their local name in Cuba.

The Caribbean islands are a major wintering ground for a large number of North American songbirds, and Cuba is the stronghold for quite a few species. I was happy to have spectacular views of some tough to find species in Ontario - namely Louisiana Waterthrush, Prairie Warbler, Worm-eating Warbler, and best of all - Swainson's Warbler! I was happy to get this extremely poor photo of one, as it was quite possibly one of my most wanted North American birds. In one spot we had three individuals foraging at relatively close range in the dark understorey of deciduous woods in the Zapata Peninsula. 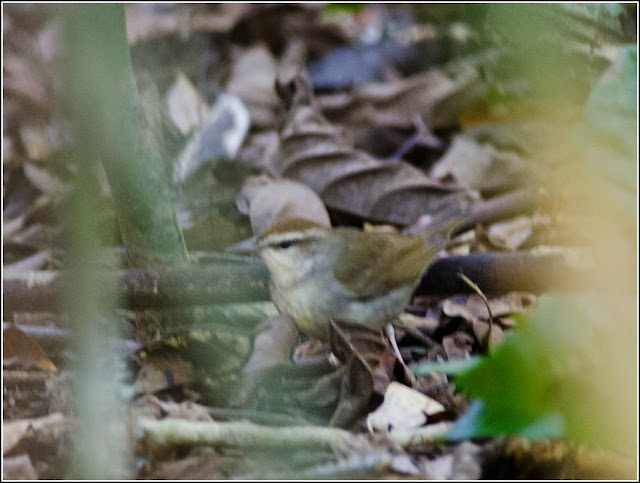 The rarest bird of the trip was no doubt the Townsend's Warbler that we found about two-thirds of the way through the trip in the Escambray Mountains. As far as I am aware this is a first record for Cuba and one of only a small handful for the Caribbean region. A spankin' adult male too! 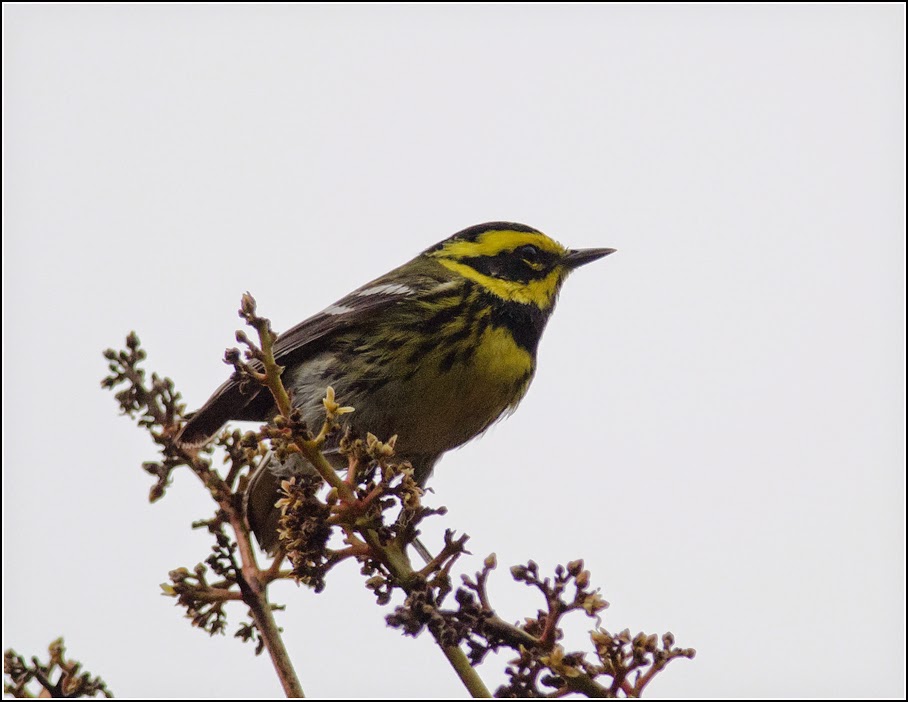 The reptiles of Cuba are a huge attraction as well. Our visit was in the dry season, which, coupled with unseasonably cool temperatures at times, put a damper on reptile activity. That being said we observed about 10 species of lizards, Cuban Sliders, and a few Cuban Racers. This one here is a Curly-tailed Lizard (Leicocephalus carinatus). 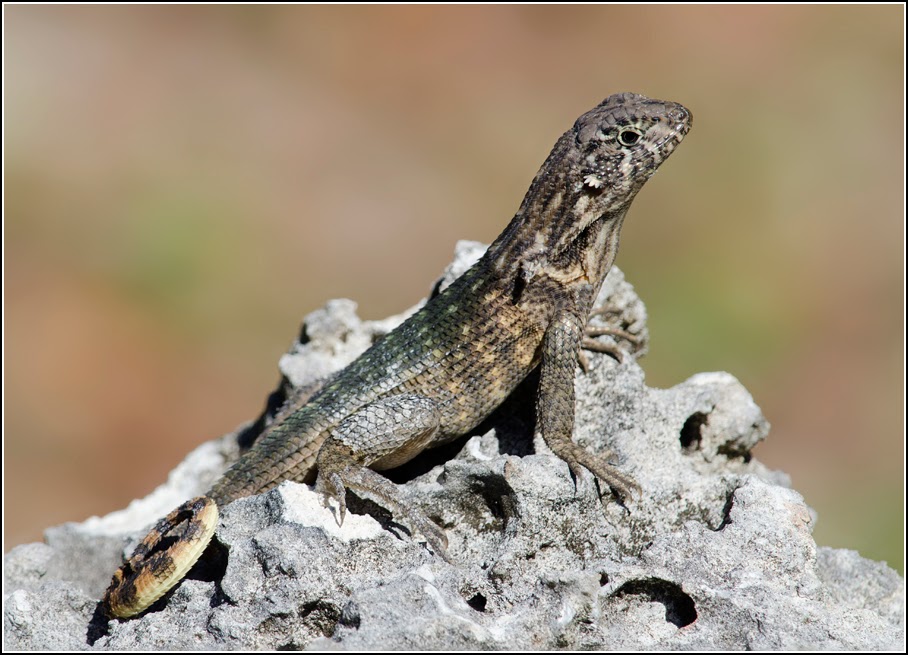 Lots more to come - stay tuned!
Posted by Josh Vandermeulen at 19:49 No comments:

From Colombia to Cuba

My five day layover in Toronto is almost complete, and on Monday I will be heading to the airport to make my first visit to the beautiful island of Cuba. Last year I was invited by Worldwide Quest Nature Tours  to co-lead a 16 day tour of Cuba - an offer I couldn't refuse. I will be working with Glenn Barrett, a keen naturalist and photographer who resides in the Hamilton area.

Cuba has always been on the list of places I would love to go as it has the most diverse birdlife of the Greater Antilles. Twenty-four living species of birds can only be found in Cuba. Many other species are found on Cuba and only one or two neighbouring islands, such as Grand Cayman or Hispaniola. Cuba is home to the world's smallest bird, the Bee Hummingbird, as well as other iconic species such as Cuban Tody (a tiny, colorful bird related to jacamars and kingfishers), Cuban Trogon, Bare-legged Owl, and the strikingly beautiful Blue-headed Quail-Dove.

But the birds are not the only attraction in Cuba for a naturalist like me...nearly 200 species of endemic reptiles and amphibians can be found on the islands! The endemic species include 60+ anoles, 14 dwarf boas, 10 blindsnakes, and 50+ rain frogs. The only downside is that no venomous snakes are found on Cuba!

It should be a lot of fun and I'm excited to explore the island with the group.

I've finally begun the long and arduous process of sorting, deleting, and editing the 60 gigabytes of photos from the Colombia trip. Here are a couple of early edits from the first day in northern Colombia!

Posted by Josh Vandermeulen at 12:46 No comments:

After a whirlwind 17 days my time in Colombia is over. I'm currently sitting in an airport in Houston, TX with a few hours to spare so I thought I would provide a brief update from my phone.

My last update covered the week that Dan Riley, Steve Pike, Dan Wylie and I enjoyed in the north of Colombia, such as the Guajira Peninsula and the Sierra Nevada de Santa Marta.

On January 24 the four of us flew to Bogota to begin the next section of the trip, through the Andes. David Bell arrived late that night and Adam Timpf met us the following morning as we birded elfin forest in the mountains of Chingaza, just an hour outside of Bogota. Despite being so close to the city, Chingaza felt like a whole other world! We managed to cross paths with the endemic Brown-breasted Parakeet and Pale-bellied Tapaculo as well as our first few mixed flocks, many which were dominated by strikingly beautiful Scarlet-bellied Mountain-Tanagers. 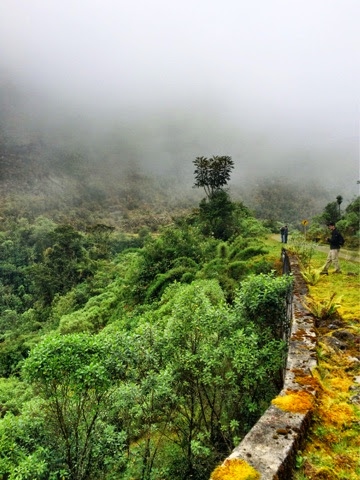 Dan Wylie left for the airport the next morning, while Dan Riley, David Bell, Steve Pike and I began our nine day loop of all three Cordilleras of the Andes in Colombia. Adam also met up with us on numerous occasions as well throughout the trip - a pretty good group!

The Andes were absolutely stunning and the birding can be some of the best in the world. The loop we had planned was quite ambitious, and at times it meant much more time spent in the vehicle than out birding. That being said, because we covered so much ground we were able to find quite a few species found in the different cordilleras and valleys. Perhaps one of the biggest highlights for me was birding the famous Montezuma Road in the rainy west slope of the west Andes, where we stayed for two nights. The lodge is only accessible with a 4x4 with high clearance. Our driver's 4x4 was sufficient to get us to the lodge, though we had to hire a local driver from the town of Pueblo Rico to bring us to the top of the mountain. From which we made the 17 km trek back to the lodge, covering a wide range of elevations and habitats. We had one full day at Montezuma and an additional morning. In that time we found 8 Colombian endemics as well as 21 near endemic species. Some of the highlights included great looks at both Andean and Cloud-forest Pygmy-Owls, the Endangered Chestnut-bellied Flowerpiercer, the Critically Endangered Munchique Wood-wren, spectacular looks at both endemic Bangsia tanagers (Gold-ringed and Black-and-gold), three species of fruiteaters, and 17 species of hummingbirds including the spectacular Violet-tailed Sylph, Velvet-purple Coronet and Booted Racquet-Tail. We finally tracked down the endemic Parker's Antbird with minutes to spare on our last morning, and were then delayed for four hours as we were leaving since a large truck carrying a load of bricks had gotten stuck and broke its drive shaft on the narrow mountain road leading to the lodge. At least the delay gave us a bonus Black-and-White Hawk-Eagle! Unfortunately the delay also meant that we would miss the Andean Cock-of-the-Rock lek in Jardin that evening, which was a bit of a disappointment. I guess you could say that we were cock-blocked!

Rio Blanco in the central Andes was also a huge highlight near the end of the trip as it may be the best place in the world to see antpittas, a secretive group of birds which are sometimes heard but almost never seen. The guides at the lodges had "trained" up to 5 species to come in to take worms twice a day. We were treated to awesome views of Chestnut-crowned, Slaty-crowned, Bicolored and the endemic Brown-banded Antpittas, while also hearing Chestnut-naped (though it remained out of sight). Just spectacular! Here are a couple of iphone shots I took of the back of my camera...


We spent one night in Jardin, famous for the Andean Cock-of-the-Rock lek and as a reliable spot to see the Endangered and endemic Yellow-eared Parrot of which an estimated 212 mature individuals are left in the wild. Fortunately their numbers have been increasing through conservation efforts. This was our view at dawn. We ended up seeing 16 of them fly over, including two at very close range!

One other highlight occurred yesterday as the five of us (Dave, Dan, Adam, Steve and I) visited the high elevation paramo in Parque Nacional Natural de Los Nevados in the central Andes. It was 3 degrees Celcius when we arrived and the temperature did not improve much throughout the morning! I was excited to see my first active volcano. At times up to four volcanoes can be seen from one location if the conditions are clear.


Several bird species have evolved to survive in these relatively harsh conditions including the Buffy Helmetcrest, a hummingbird that is a Colombian endemic and that was high on our "most wanted" lists prior to the trip. Luckily we were entertained by several of them as they fed on tiny yellow flowers during the early morning hours. What a stunning bird!

This post is getting a little long so I'll leave it at that for now. Eventually I will be posting day-by-day recaps, though that may wait a little as I have another trip to plan for. I'm still waiting on one more checklist that Dave is going to share with me but I suspect the final species tally will be around 586 species, including 48 Colombian endemics (out of around 87).
Posted by Josh Vandermeulen at 17:21 4 comments: