Colombia: Bird Paradise Among & Beyond the Andes (2022 Trip Report)

Following our visit to Inírida, Laura and I returned to Bogotá for a few days of rest, relaxation, and preparation for the next part of our trip. Laura had a flight scheduled to the north coast of Colombia, where she had a volunteer placement set up with a wildlife foundation in Riohacha. My next few weeks would be spent leading a tour for Worldwide Quest throughout Colombia. While Laura was missing out on the main tour, she would be joining the group for the extension. Below is a trip report I prepared after the tour. Enjoy!

Colombia is a land of dizzying biodiversity. By some estimates, it is the most diverse country on earth, and it certainly has the highest bird list with 1979 species and counting. The reason for this high count is simply the geography. The Andes split into three cordilleras, each with their own suite of species but with considerable overlap, while the river valleys between the mountain ranges are home to dry forest ecosystems. The isolated Sierra Nevada de Santa Marta is the perfect laboratory for speciation to occur, while the nearby Guajira desert provides a stark contrast. The western lowlands of Colombia are blanketed by the mega-diverse Chocó rainforest, some of the wettest forest on earth, while the eastern half of the country is home to the vast Amazon rainforest and the open plains of los llanos.

This was Quest's second tour of Colombia following a highly successful visit in 2020. From a personal standpoint, I was absolutely thrilled to be leading a group in Colombia again. Not only because I love this country - with its vibrant wildlife, welcoming people, and incredible scenery – but because travel had been put on hold for two years due to the global pandemic. Four enthusiastic travelers from the United States and Canada joined me on our trip. With COVID-19 health protocols in place, everyone felt comfortable with travel and the trip went off without a hitch.

We began our tour in the city of Bogotá, a bustling metropolis with an interesting cultural history and numerous natural areas, located in the eastern cordillera of the Andes. And the trip started off with a bang. As we tucked into our field breakfast at dawn in the high-elevation páramo habitat of PNN Chingaza we were shocked to see a family of Spectacled Bears amble across the road, right in front of us. Despite being awestruck at the incredibly rare sight, some of us managed to snap a few photos before the bears disappeared. This is a holy grail species of sorts and one that I certainly did not have on my radar.

We enjoyed the rest of our time in the Bogotá area. We experienced amazing views of Muisca Antpittas, various flowerpiercers and Bronze-tailed Thornbills in the paramo, found Spot-flanked Gallinules, Noble Snipes and Bogotá Rails in a cattail marsh, and watched a dozen hummingbird species at a private garden, some with evocative names like Glowing Puffleg, Blue-throated Starfrontlet and Sword-billed Hummingbird.

We flew to the city of Pereira and spent several days visiting the montane and páramo habitats in the central Andes at Otún Quimbaya and Río Blanco. Somehow, we had not used up all of our mammal luck on the Spectacled Bear since an equally rare species appeared for us at Otún Quimbaya: a Mountain Tapir munching on trailside vegetation! We witnessed several massive mixed flocks and marveled at the diversity of tanagers, flycatchers and woodcreepers, while we enjoyed intimate views of various antpittas at these two sites that included the rare Hooded Antpitta and the handsome Bicolored Antpitta. The icing on the cake was a pair of Torrent Ducks along the Río Otún that we watched simultaneously along with Torrent Tyrannulets and White-capped Dippers.


During a visit to the páramo at PNN Los Nevados we learned about adaptations that enable plants to thrive in these harsh, high-elevation conditions. The avian highlight for many were the wonderful views of male and female Buffy Helmetcrests, a spectacular hummingbird endemic to the páramo of this national park. At a slightly lower elevation we observed a different suite of species in the elfin forest. These included beauties like Lacrimose and Scarlet-bellied Mountain-Tanagers, a Paramo Seedeater, and several species of hummingbirds jostling for position at the feeders with the antagonistic Shining Sunbeams.

We ventured northwards to the Jardín area for the next leg of our trip. Situated on the eastern flank of the western Andes, the verdant, epiphyte-laden forest is one of the few strongholds of the endangered Yellow-eared Parrot. This species is an example of a conservation success story in Colombia. Mainly because of habitat restoration (including the regeneration of wax palms, its nesting tree) and an extensive education campaign, the numbers of this beautiful parrot have rebounded from just 81 known individuals in 1999 to around 2,600 individuals today. These parrots are rarely seen at close range so you can imagine our surprise when a half-dozen fed at eye-level in a fruiting tree!

The colonial-style town of Jardín is the setting for one of the great spectacles in the bird world. A lek of Andean Cock-of-the-Rocks is located just outside of town. Males strut their stuff, exhibiting their slick dance moves and outrageous plumage for the more subdued females. She watches quietly from her perch, her discerning eye picking the male that is most fit to be the father of her future offspring.  Watching this exhibition at arms-length was cited as a trip highlight for everyone.

For the final few days of the tour, we flew northwards to the Caribbean coast to experience the surprisingly birdy Guajira desert, followed by several days in the Sierra Nevada de Santa Marta. In La Guajira we became acquainted with some of the hardy species that can survive in this harsh environment including the Orinocan Saltator, Buffy Hummingbird, Tocuyo Sparrow and the show-stopping Vermilion Cardinal.

The Sierra Nevada de Santa Marta was the perfect location to cap off the tour. The setting could not have been more beautiful at our comfortable lodge in the mountains, where we had a panoramic view both of the setting sun over the Caribbean as well as the rugged, ice-covered peaks of Colombia’s highest mountain range behind us, while Gray Tinamous and Band-tailed Guans vocalized from the forests below.

As a group, we saw most of the endemic bird species in these mountains including the Sierra Nevada Antpitta, Santa Marta Blossomcrown, Santa Marta Antbird and Black-cheeked Mountain-Tanager. We also enjoyed other special birds like the White-tipped Quetzal and Black-and-chestnut Eagle, experienced a productive night-hike, and marveled at the diversity of moths that found my insect light/sheet. We were all a little sad to leave this beautiful place behind. 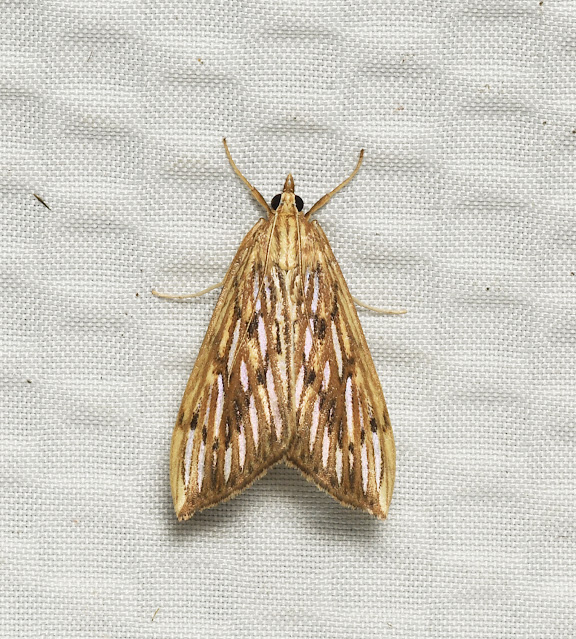 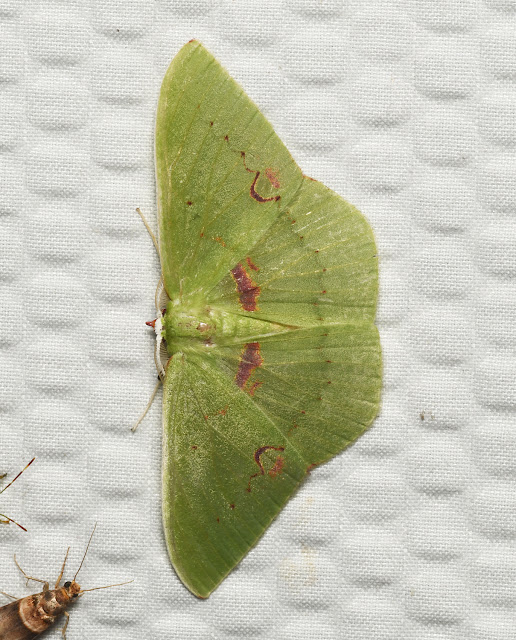 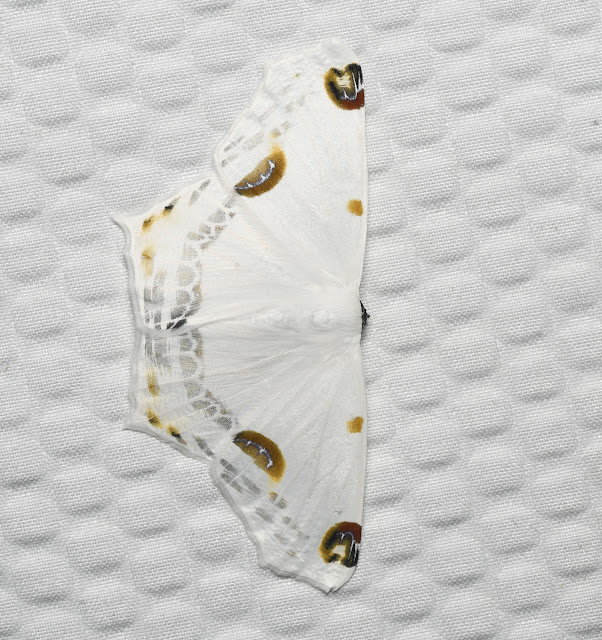 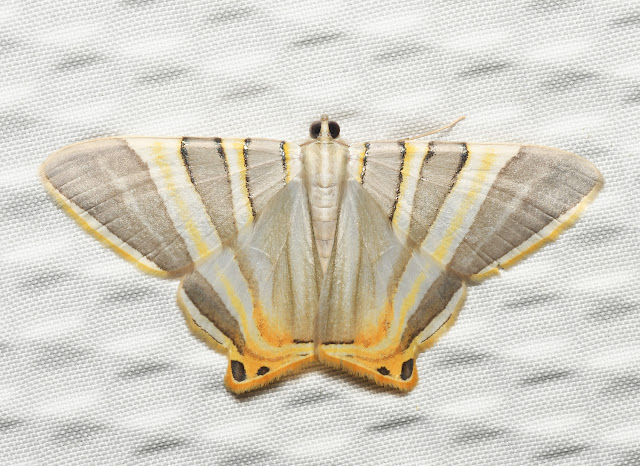 After the main tour had finished, two of the travelers joined Laura and I on a tour extension to “los llanos”, the vast plains found north of the Amazon in eastern Colombia. Our visit coincided with the dry season which helped to concentrate wildlife by the rivers and watering holes. And it was an incredible wildlife spectacle. Herds of capybara wallowed in the wetlands, wading birds of all kinds (including seven species of ibis!) flocked in the shallow water and grassy areas, and we even turned up a 3-metre long Green Anaconda in a small creek. We traveled in an open-air safari-style Jeep across the plains, finding birds like Burrowing Owl, Crestless Curassow, Aplomado Falcon and Pale-headed Jacamar. We were constantly on the lookout for Jaguar but it was not to be this time; I guess we had to be happy with our Spectacled Bear and Mountain Tapir from earlier in the trip.

Thanks to the four travelers who joined our local guide, Cristian, and I in Colombia. We all came away with amazing memories of this beautiful country!