The title of this post may seem strange, given the beautiful spring weather that has arrived in Ontario in recent days. But even as southern Ontario sees temperatures soaring to the high teens, with frogs singing and migrant birds arriving by the minute, it was not that long ago that I was surrounded by cold, crisp weather in northern Ontario. Winter held the landscape firmly in its icy grip, and signs of spring were quite difficult to locate. Even the migrant American Crows had not made it this far north. 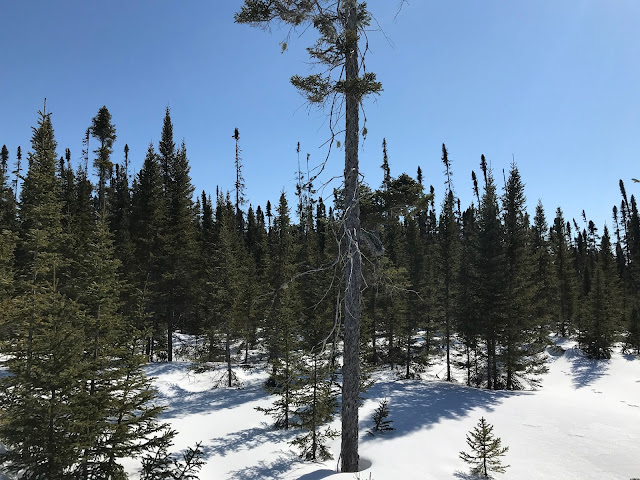 I had a reason to leave the relative balminess of southern Ontario behind and make the long trek to the Cochrane area and beyond, where the snow was close to a metre in depth and the temperatures were -20 and below. That reason was to search for Willow Ptarmigans. This species breeds in the Arctic but it is migratory, and some years they appear far enough south that they can be searched for along the roads south of James Bay. This winter was shaping up to be a good one. Ptarmigans had been reported in many locations on the Quebec side, and in late February, adventurous birders Jeff Skevington and Vincent Fyson located a group of them on the Ontario side. They had discovered the birds over 150 km northeast of Cochrane, along the paved road leading to the remote Detour Gold Mine. Several other birders made the trek in subsequent weeks, finding success as well. As I had never observed this species before in Ontario, I was keen to take a detour up to the mine.

To continue reading, click here.
Posted by Josh Vandermeulen at 19:22 No comments: