I know that some of you who read this blog are "eagerly" anticipating some photos from Panama, but that might still be a few days away from happening. After returning from the tropics I had 3 full days to organize my life, then on Friday I left for Europe. This will be my 3rd consecutive year visiting my girlfriend Laura in Scotland. Laura is in her 3rd year studying veterinarian medicine in Edinburgh, which is a great excuse for me to come visit and explore with her. It just so happens that flights within Europe are quite inexpensive as well. On my first trip (in 2012), we visited Barcelona, Spain for 3 days. Last year, it was a week in Paris, France. This year we will be in the London, England area for several days with some British birding friends that I know from their annual Point Pelee visits in May. Following that, Laura and I will fly to southern Portugal for about a week. It will be a lot of fun seeing some new birds, feeling the sun again, and maybe catching a chameleon or two! Hopefully by the time I return back to the frozen wasteland known as Ontario in early April, some of the snow will have melted and migrants will have returned. Even now, it is encouraging to see the reports of early migrants back into Ontario....

While I may not actually edit the majority of the Panama photos for a while, I have great plans of putting up day-by-day summaries, complete with many photos. In the meantime, David Bell has done the arduous task of uploading all of our sightings to ebird. Here are a few of my bird stats from the trip:

One of the highlights of the trip was definitely seeing two Rufous-vented Ground-cuckoos on Pipeline Road on our first full day. This "tropical roadrunner" can be very difficult to find as they are present in very low densities and often are only seen around army ant swarms. Luckily these ones had been staked out at a very productive swarm along Pipeline Road, and after an absence of a week, they re-appeared just in time for our visit! 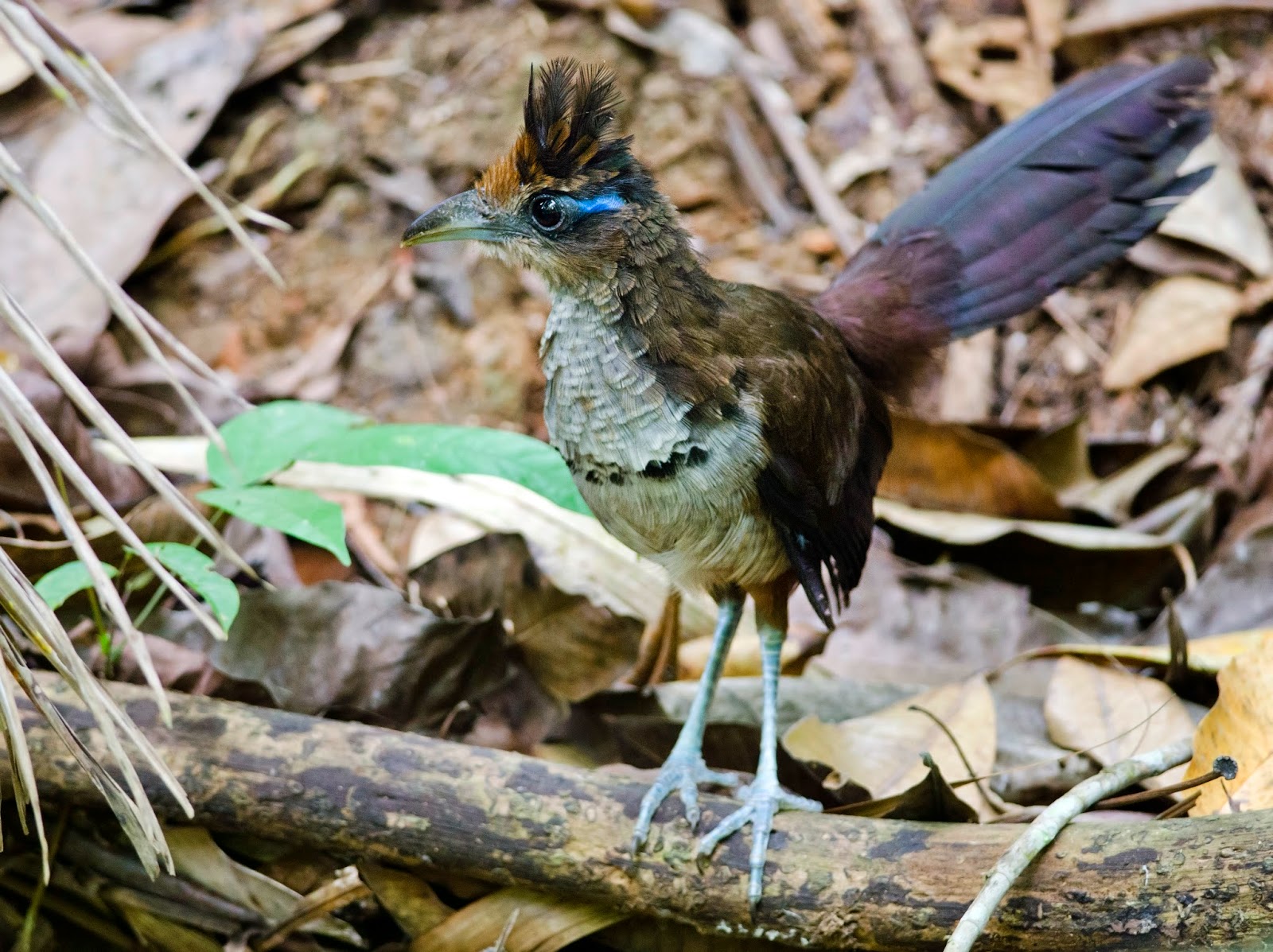 Posted by Josh Vandermeulen at 18:11

There's a rumour floating around that someone saw a pair of Pink-footed Geese in Schomberg today.

Talk about stalling.....where is the nice spring weather??

Those photos are incredible.

Thanks Gavin! It let us walk right up to it because it was focused so intently on the ant swarm, making it easier than normal to photograph it. The adult was more skittish and we only saw it briefly.