I began 2014 in Nova Scotia visiting Laura and her family for the fourth year in a row. The year started well, as I discovered a Tufted Duck at the first location I hit up to start my first day of birding. This Eurasian species is annual in Nova Scotia, though it was the first one I had seen on this side of the Atlantic.


For the next month and a half I was based in Ontario, though many weekends were spent birding. Photographing this Great Gray Owl near Brooklin, Ontario was a photographic highlight of the year for me.


In early February I joined David Szmyr and Tyler Hoar for a weekend road trip to a large burn just south of Timmins. That weekend we saw nine species of finches but the real highlight was snowshoeing in the cold, crisp and calm weather, watching Three-toed and Black-backed Woodpeckers forage for beetles under the bark of the recently burned trees. 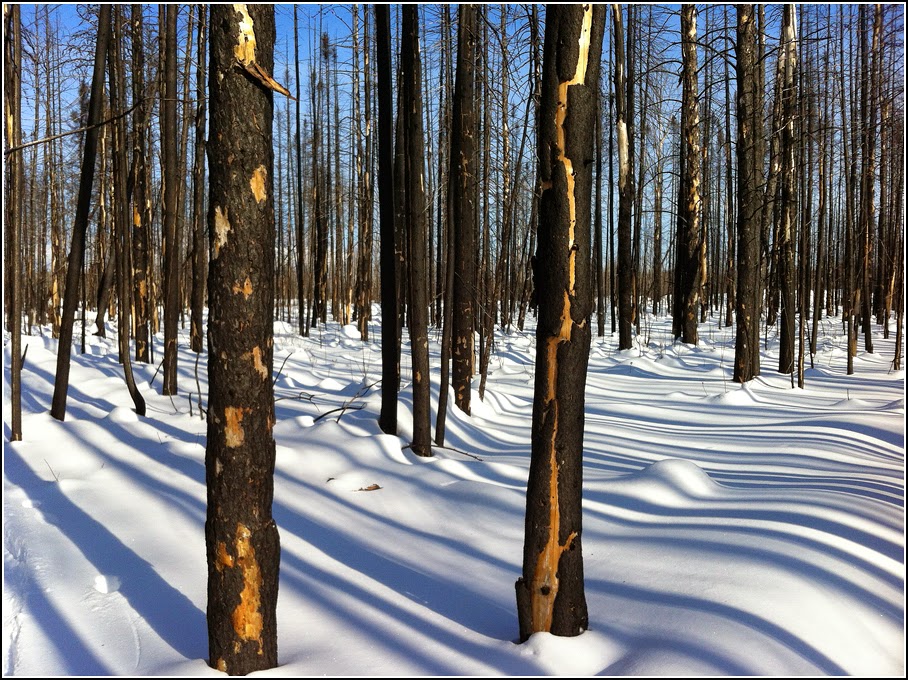 By late February I left the cold weather behind to join David Bell and Steve Pike on an epic 2.5 week birding trip throughout central and eastern Panama, including five days in the Darien gap. Below are a couple photos of a few highlights...


Less than a week after arriving home, I was on a plane again - this time to Europe to visit Laura in Scotland. Since this was my fourth trip to Edinburgh I had already seen most of the local birds...it is fun to get re-aquainted with the birdlife though. European Robins, as common as they may be, are one of my favorites.


A hike through the mist-shrouded Pentland Hills south of the city was successful in locating a most wanted bird for me...Red Grouse (or Willow Ptarmigan, depending on which side of the Atlantic you grew up on). Their strange calls provided the soundtrack to our hike that day.


We flew to Portugal to spend the better part of a week, exploring the beautiful Algarve along the Mediterranean coast. Though the weather did not cooperate (for the most part), we had a fantastic trip and even fit in a bunch of birding! Some of the highlight species for me....Great Bustard, Audoin's Gull, Great Skua, Little Bittern, Black-bellied Sandgrouse, and Red-billed Chough.


I returned home from Europe in early April - just in time for the arrival of spring. While the spring season was a busy one for me work wise, much of it was field work, allowing me to still get out a lot and do some birding on the side. I photographed this Osprey near Fenelon Falls during a cold sunny day in mid-April.


I made it down to Point Pelee every weekend and lucked into seeing some great birds. Here is a small sample of some of the Pelee highlights...


Between late May and mid July my life was consumed with work. As a biologist, the breeding bird season can be madness for me and days off are few and far between. However, despite long hours, mosquitoes, blackflies and minimal sleep, this is one of the my favorite time of the year. The days are long and I am outside almost all the time, wandering through woodlands and wetlands, being completely surrounded by nature. This photo represents one of the most satisfying moments of my summer. Discovering this Blanding's Turtle with a co-worker at a site in central Ontario essentially stopped the proposed aggregate pit. A small victory for the environment in the face of constant "progress" and development.


Northern Ontario is a beautiful place...I have fond memories of jumping in this lake near Gogama, Ontario after a long day hiking in the bush.


Even on the few days off I try to take advantage of the long days to get out and see some of the species that visit Ontario each summer. This Upland Sandpiper is one such species, spending only about four months of the year in Ontario.


Late June isn't generally a good time for rarities to show up in Ontario, but this year a male Lark Bunting took up residence on Amherst Island, persistently singing throughout the early part of the summer. Barb Charlton and I zipped out there one day after work and were treated to great views as it perched in the open, singing away. I had dreamed of seeing one in Ontario for quite some time!


This post is getting a little long so I'll end it here...stay tuned for part two.
Posted by Josh Vandermeulen at 11:24

Thanks Dwayne. Happy new years to you as well!

Sure that is not a Grasshopper Sparrow? ;)