As usual May flew by for me and I was able to get out and about on most days. I made it down to Point Pelee for every weekend (and managed to make most of them long weekends). While there weren't any "mega" finds at Point Pelee this spring, it is always fun catching up with friends and birding from before dawn to after dusk each day. Probably the most memorable Pelee bird for me was the Black-billed Magpie that delighted many a birder during the middle part of the month. Spending a weekend there with Laura and my parents was one of the year's highlights for me and is a tradition I hope we can continue for many years.

Locally in Niagara I managed to go birding most days that I was around and it paid off with a few great finds. A male Cerulean Warbler at Morgan's Point was extremely cooperative, singing away at eye-level. Topping that was a male Bell's Vireo, the second record for Niagara, that I found at Port Weller on May 10. It was extremely skulky but eventually I managed to sight the bird and take some record photos. Several others were able to catch up with the bird later that day as well.

Towards the end of the month I focused on searching for a few butterfly species that I had never encountered before. A few hours between work surveys at Sandy Lake Road in Peterborough County was highly productive, with sightings of Brown Elfin, Hoary Elfin, Henry's Elfin and Eastern Pine Elfin. 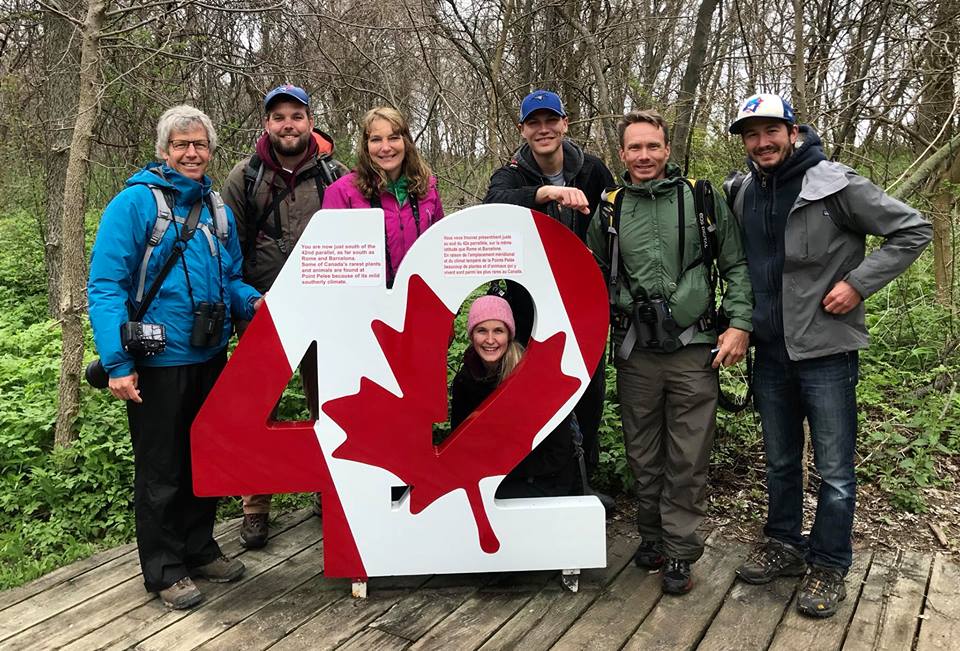 This year I had no extended work trips to northern Ontario but I was no less busy. I worked most days during the month, criss-crossing the province to complete bird surveys, but I managed to incorporate lots of birding, herping, butterflying, mammaling and even tiger beetling on the side.

Butterflies in particular also became a priority of mine during the year. June and July were quite successful in that regard as I saw a number of species for the first time - Chryxus and Macoun's Arctic, Columbine Duskywing, Aphrodite Fritillary, Mulberry Wing, Black Dash and Striped Hairstreak.

For the most part birding took a backseat for me during the summer, other than the surveys for work, of course. I twitched a Snowy Egret in Fort Erie, found a Great Gray Owl on a study site near North Bay, and enjoyed the boreal species during a brief trip to Kenora.

As the summer progressed I really began taking an interest in botany as well. I have a long way to go before I consider myself a competent botanist but I made good headway in 2018 and am excited to continue this in 2019.

August was an exciting month in the Ontario birding community with several rarities out and about. The ones I chased included a Little Blue Heron in Oxford County, several Yellow-crowned Night-Herons, a cooperative adult Long-tailed Jaeger at Confederation Park in Hamilton, a Swallow-tailed Kite in Simcoe County, and the province's first ever Reddish Egret in Oliphant, Bruce County - a great find by Alfred Raab and Kiah Jasper.

Other highlights during the month included an excellent weekend at the Bruce Peninsula and Muskoka District with several friends, a few family camping weekends at Port Burwell and Turkey Point, and regular forays to Port Weller and other places in my "local patch".


The final four months of the year will be summarized in Part 3.
Posted by Josh Vandermeulen at 14:22