On the road again - York to Timiskaming

I'm currently sitting at a Tim Horton's in New Liskeard while the rain pours outside.

This morning, I finished my packing for the Netitishi trip and I was on the road by mid morning. I debated whether I should stop at Innisfil and try to get better looks at the Pacific Loon, but I was already running behind schedule and so I continued on.

My first birding stop was the Bracebridge sewage lagoons. This is a set of 4 lagoons that is usually fairly productive and today was no different. While numbers of ducks were less than I expected, there were a few good ones including a Ruddy Duck and a Long-tailed Duck. The Long-tailed in particular was a surprise as they aren't common in this part of Ontario. Funny enough, the Ebird filters didn't think so. The Savannah Sparrows and Ruddy Ducks required confirmation, but not so with the Long-tailed. Here's a crappy digiscoped photo. I really need to start carrying my camera with me...


Next up on the agenda were two lagoons that I had never visited before - Burk's Falls and Sundridge. Burk's Falls was scrapped when I realized that what I thought was the entrance to the lagoons was actually someone's driveway...I wasn't sure if these lagoons were accessible without trespassing so I gave up.

This Common Raven was guarding the entrance.


Sundridge was a neat place kind of in the middle of nowhere. Just the usual sewage lagoon ducks were there, though I did spend a few minutes watching a Pileated Woodpecker foraging from only a few feet away! Pretty awesome birds. Here is a photo of one taken last winter in Dundas.


I pulled up to the Powassan lagoons, a favorite of mine. As I was scoping one of the ponds, a car drove in - it was local North Bay birder, Dick Tafel, and his wife. I've emailed with Dick occasionally but had never run into him before. We came up with a Lapland Longspur along the path, the usual lagoon ducks, and a few shorebirds! Turns out that the north cell had its water levels lowered, creating all kinds of perfect shorebird habitat. It is kind of late in the season though, unfortunately, and the only shorebirds present were 21 Pectoral Sandpipers. I checked them over very thoroughly in the off chance that a Sharp-tailed Sandpiper was with them, but no luck (guess I'll have to wait til Netitishi to see one!). A second car drove in, and this time it was a birder from my neck of the woods - John Schmelefske. It's kind of funny how birders will run into each other in random spots in the middle of nowhere! Dick gave me a few locations in the North Bay area to try for waterbirds, then gave me a lift back to my car at the entrance to the lagoons.

The Callander lagoons were next on the agenda. Quite a few geese were on the adjacent golf course, and after a few minutes I noticed a pair of Snows. An adult and a baby. 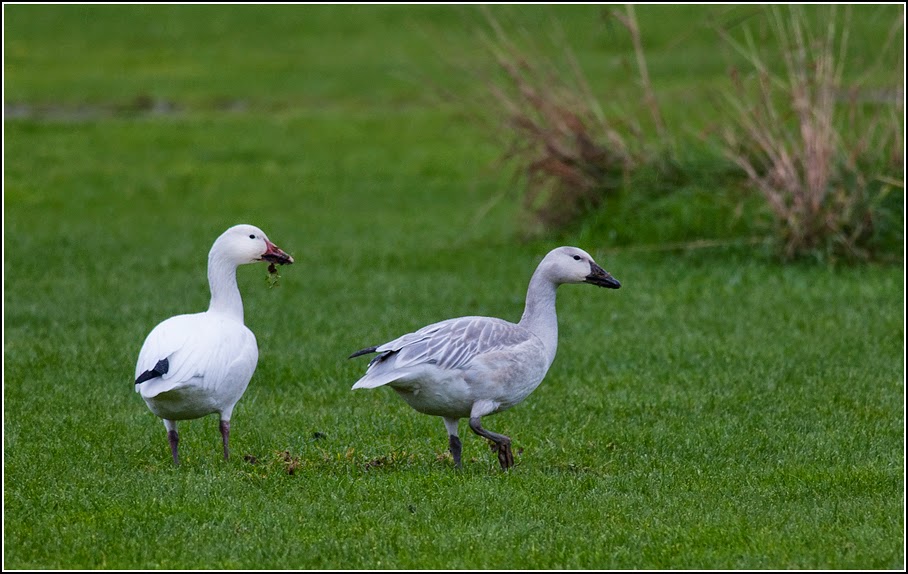 On Ebird there are 5 other records of Snow Geese for Nipissing District - all of them involving lost birds in Algonquin. 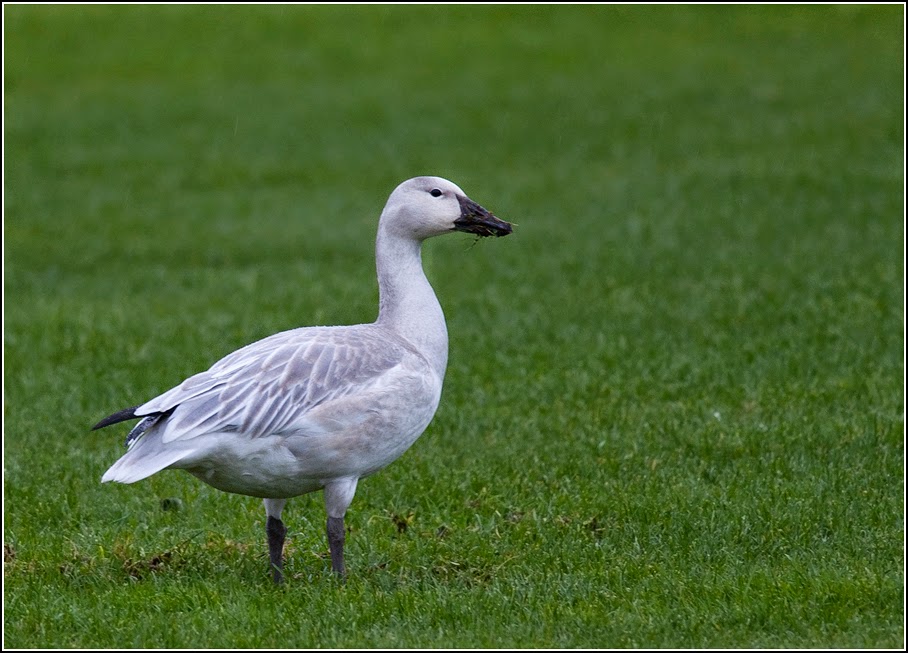 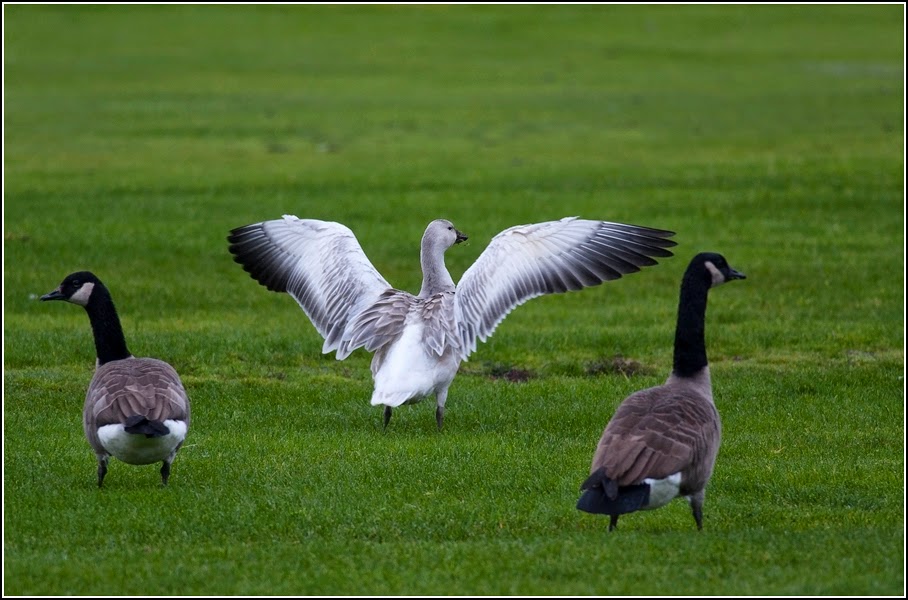 My last stop before running out of light was Sunset Point in North Bay, a place that Dick recommended. In the driving rain I was happy to pick out some Long-tailed Ducks, two Horned Grebes, and a single Surf Scoter. A Horned Lark gave me a bit of a heart attack, acting like a wheatear perching on top of a rock. Nope, just a HOLA....

My next move will be trying to find a place near here where I can park for the night without getting caught. Then tomorrow - birding Lake Timiskaming!
Posted by Anonymous at 20:54

The North Bay birding area is very poorly covered in ebird. We need to get off our butts and fill in the gaping holes. I won't be contributing my records for a while though. I am programming an amateur naturalist suite. I am currently working on a photo organizer that will allow organizing photos by taxonomy and will be optimized to minimize the number of mouse strokes to tag images. Then I will get back and finish the database portion ... checklists and more.

Lake NIpissing is really the hotspot of the region taken as a whole. One time the shorebirds along the lake were hot so while checking out a bunch of public accesses I found a bunch of Ruddy Turnstones. Also, I was on a (potentially dangerous) boat ride with Dick Tafel and Fred Pinto and got my only Jaegar and Buff-breasted Sandpiper. A wetland in the Cache Bay area of the lake has a regular Black Tern colony.