Sanctuario de Flora y Fauna Otún Quimbaya, located on the west slope of the central Andes, is a protected area 489 hectares in size. SFF Otún Quimbaya is a popular destination for birders because it is one of the easiest places in Colombia to see the Endangered Cauca Guan, once thought to be extinct but currently known from a small section of the central Andes in Colombia. The Cauca Guan is declining due to the disappearance of many of the fragmented habitat patches where it is found as well as illegal hunting, and now likely numbers less than 1,000 individuals in the wild. In addition to the guan, the sanctuary is one of the best places in the world to find Red-ruffed Fruitcrow, while Multicolored Tanager (one of the most iconic Colombian species), Stile's Tapaculo, Crested Ant-Tanager and Chestnut Wood-Quail are four Colombian endemics frequently found here. Even the almost mythical Hooded Antpitta has been observed in the reserve.


We arrived in the late afternoon after driving along the gravel road parallel to the Río Otún. Almost immediately upon our arrival at the reserve entrance we had connected with Red-ruffed Fruitcrow and Cauca Guan! An extremely cooperative Wedge-billed Hummingbird was occupying a patch of flowers around the buildings, and some of the other guys managed some great shots of it. I am not sure why I do not have any photos of it - I guess I did not have my camera on me. Our first Flame-rumped Tanagers were easily seen around the buildings as well, while a pair of noisy Southern Lapwings occupied a section of the lawn.

We checked in to the lodge that is most often frequented by researchers; as it turns out, tonight we would be the only patrons. These were some of the cheapest accommodations I can recall from the trip, and the cost included dinner! 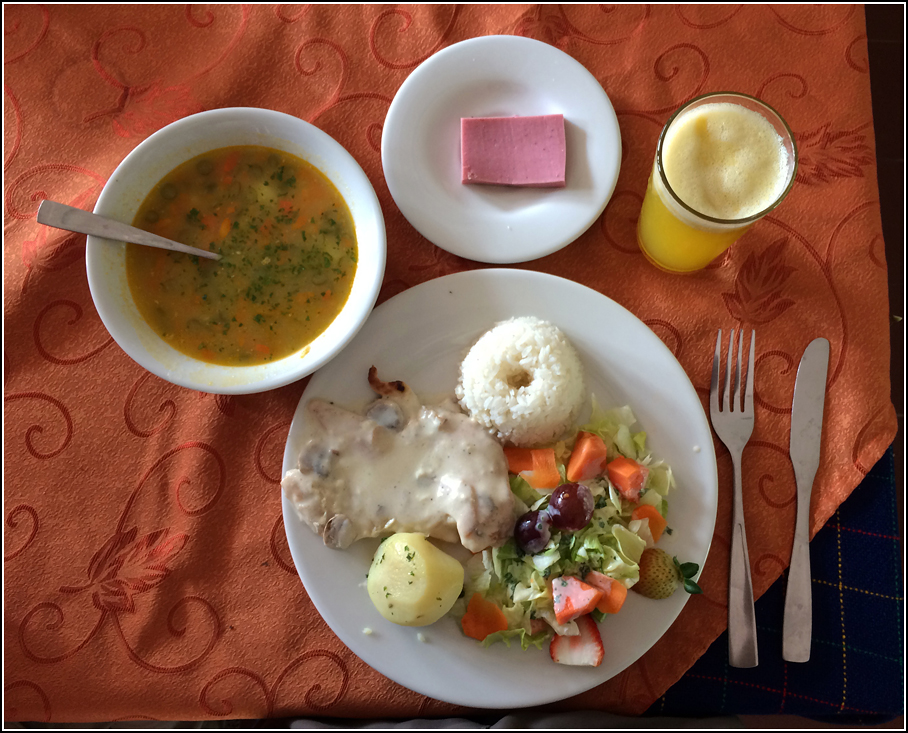 After an orientation meeting with one of the ladies working at the reserve that seemed to take far too long, we were finally allowed to walk around. It was late in the day and there was a bit of mist falling, but even still we ran into a nice mixed flock with a few new trip birds (Tyrannine Woodcreeper, Rufous-breasted Flycatcher, Marble-faced Bristle-Tyrant). We also enjoyed good looks at Cauca Guan and Red-ruffed Fruitcrow. For some reason I did not photograph the guans as conditions were never ideal for photography, and I was planning on grabbing some better shots the following morning in better light (which never happened).

That evening we went out for a brief night-hike, finding some cool insects and a few frogs, but not much else of interest. We tried for calling owls but struck out (though a distant Wattled Guan was nice to hear), and by 9:00 PM we were feeling pretty tired and looking forward to a solid night's sleep in preparation for a busy day.

We were up well before dawn to try again for Colombian Screech-Owl and soon made our way down the gravel road that traveled through the reserve. Once again we struck out with owls, but it was cool to hear the forest come alive with bird song. Some of the songsters that were new for us included Andean Solitaire, Wattled Guan and both Stile's Tapaculo and Chestnut Wood-Quail, two of our main target species here.

Adam Timpf and his friend met up with us (I think his name was Alejandro?), so we had six pairs of eyes on high alert. We eventually ran into some mixed species flocks. One flock in particular was fantastic; we had our first few Multicolored Tanagers along with many other species. They would end up being the only Multicolored Tanagers of the trip for me.

This pair of Black-winged Saltators posed nicely in some bushes along a clearing.

We had numerous Cauca Guans that morning (about 20) as well as a young Sickle-winged Guan. For some reason I photographed the widespread species, but never bothered with the Endangered endemic. I'm still kicking myself over that...


We had occasional Colombians passing up on foot or on bikes along the road as it eventually leads to a few small villages. This bus also rumbled past, just one of many uniquely decorated buses that are often seen in the country. 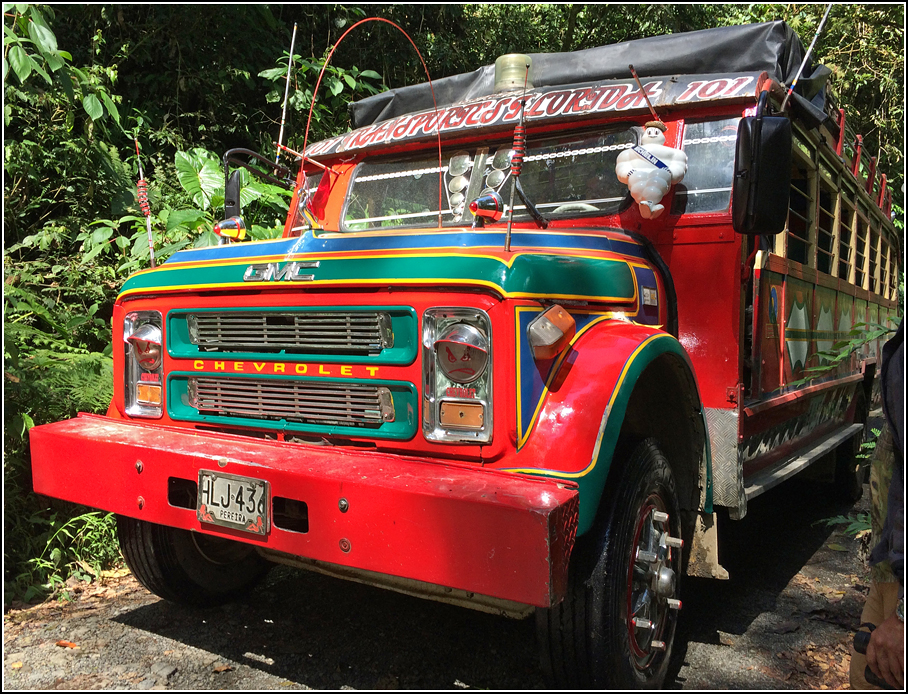 By mid morning a large number of butterflies also appeared, most of them passing by unidentified. These stunners are a type of daggerwing in the genus Marpesia. I believe they are Marpesia corinna.


With 20-odd life birds under our belts by 10:00 AM, we headed back to the lodge to pack up and prepare to leave for our next destination. While we had observed quite a few interesting species, there were still a few that we missed, namely Colombian Screech-Owl - such is life when you only have an hour in the evening and 5 hours in the morning to bird an area!

Our walk back was interrupted by this group of Colombian Red Howlers that passed through the trees right beside us along the road. What a cool experience!

By 1:00 PM we were on our way to our next destination - the storied Montezuma Road located in the Western Andes, home to some of the best birding in the world as we would soon find out. We had two full mornings planned for Montezuma Road; it was going to be epic!
Posted by Josh Vandermeulen at 16:00

Adam and I took a ride on that bus on our return visit to Otun! Cost about $1 to get back to town on it.

That is awesome!! haha