We were nearing the end of our whirlwind Andean adventure, but not before a full day at one of the more famous reserves among birdwatchers: Reserva Ecológica Río Blanco.

The reserve, located just a few kilometers from the bustling city of Manizales, was originally created to protect the water supply of Manizales. This is a fantastic idea that is not only good for the citizens of Manizales but also for the environment. All told, just under 5,000 hectares are protected at Río Blanco within the central cordillera of the Andes. A large altitudinal gradient is covered by the reserve, protecting a variety of different ecosystems. Despite its close proximity to Manizales it sure felt like we were hundreds of kilometers from civilization, surrounded by rich tropical forests and an abundance of bird life.

Río Blanco is best known for its diversity of antpittas, a family of birds highly coveted by neotropical birders, though most species are much easier to hear than see. At least 10 species of antpittas have been recorded within the reserve, but more interestingly, four different species regularly come in to eat worms at various feeding stations located within walking distance from the main lodge! This is one of very few places in South America where antpitta feeding stations can be found, thanks to the dedicated work of Albeiro, the excellent birder and guide who lives at the reserve and who knows the individual antpittas by name.

It is easy to find birds at Río Blanco, particularly because it is mandatory to have Albeiro accompany you when walking on the trails. Normally when on birding trips I like to bird without the assistance of a guide, but it was a real treat to have Albeiro along as his knowledge of the birdlife in the reserve was extraordinary. He was in tune to every movement and vocalization, a keen student of nature, and an excellent birdwatcher.

Shortly after dawn, Albeiro led us up the gravel road into the reserve and towards the lower antpitta feeding station. While walking we added a few new birds, including a few heard-only Ash-colored Tapaculos, a Rufous-crowned Tody-Flycatcher and a couple of vibrant Red-hooded Tanagers. We were off to a good start!

We arrived at the feeding station which consisted of a small clearing with a bench set up at one end. Albeiro began calling to his antpitta friends, no doubt announcing the arrival of breakfast, and placed a few live earthworms at the edge of the clearing. Almost immediately, we had our first two antpitta species of the day - Chestnut-crowned and the endemic Brown-banded! They were shy at first, but once noticing the worms they did not hesitate to quickly run in and grab breakfast. They repeated this several times, giving us phenomenal views and photo opportunities. The lighting was rather dark, so I removed my teleconverter for an extra stop of light (they were so close that the extra magnification was not necessary) and fiddled with the ISO and aperture to get just enough of a shutter speed.

The above Chestnut-crowned Antpitta was the easiest to photograph while the Brown-banded was rather skittish and preferred to hang out just out of view, occasionally running in to nab a worm. Brown-banded Antpitta only occurs in the central Andes of Colombia and has an estimated population of 1500-7000 mature individuals.

While some question the ethics of antpitta feeding stations, I do not see how it is a major problem. In my opinion it is much better to have one or two "habituated" individuals that all the birders can see, as opposed to having the entire antpitta population in the area subject to incessant playback by birding group after birding group almost every day. Plus it prevents the need to trample through the thick forest after a distant calling bird that will not come in to playback.

Gray-browed Brushfinch was a new species for us, and a few of them were easily seen at the first antpitta feeding station. Even with the teleconverter off it was difficult to fit one in the frame!

Once Albeiro had handed out breakfast and we were all satiated with our photos we continued up the road to the next feeding station. Other than antpittas, Río Blanco is also well-known for its mixed flocks, so we had heard. We ran into our first sizable mixed flock on our way to the next feeding station and in a few minutes dozens of species appeared, many of them new for us. A Masked Saltator, one of the specialties of Río Blanco and a notoriously difficult species throughout its range, was found near the edge of the flock. Among the flurry of activity, other new species for us included Black-eared Hemispingus, Mountain Wren, Grass-green Tanager and Capped Conebill.

This Black-billed Mountain-Toucan was just one of many species to feast the eyes on.

The next feeding station was the go-to spot for the diminutive Slate-crowned Antpitta. It was a little shier than the other species, but eventually came in for its breakfast as well, probably wondering why it was a bit later this morning than usual (I blame it on the Grass-green Tanagers and Masked Saltators).

Green-and-Black Fruiteaters it turns out also deviate from their fruitarian ways, enjoying earthworms as well!

The third feeding station was for Bicolored Antpitta, another range-restricted species that is practically a Colombian endemic (a new population was discovered in northeastern Ecuador recently). While the other antpittas would pause for a second before or after grabbing a worm, this little guy would sprint in, grab the worm and sprint out in nearly one fluid motion, making it quite difficult to capture photos! It would however pause at the edge of the clearing every now and then.


With our antpitta need fully satisfied, we continued on to see what other birds we could find throughout the reserve (we did hear a fifth antpitta species - Chestnut-naped, but this species does not regularly come in to the feeding stations). The birding was just incredible. Golden-plumed Parakeets were winging by one minute, than we were neck-deep in a feeding flock of tanagers, flycatchers, and furnariids the next. Albeiro was constantly picking up on the slightest contact calls of distant songbirds; his knowledge of the birds here was remarkable. Before heading back to the reserve for lunch we had a whole new suite of lifers under our belts, including Slaty Finch, Rufous-headed Pygmy-Tyrant, White-tailed Tyrannulet, Streaked Tuftedcheek and Barred Becard. 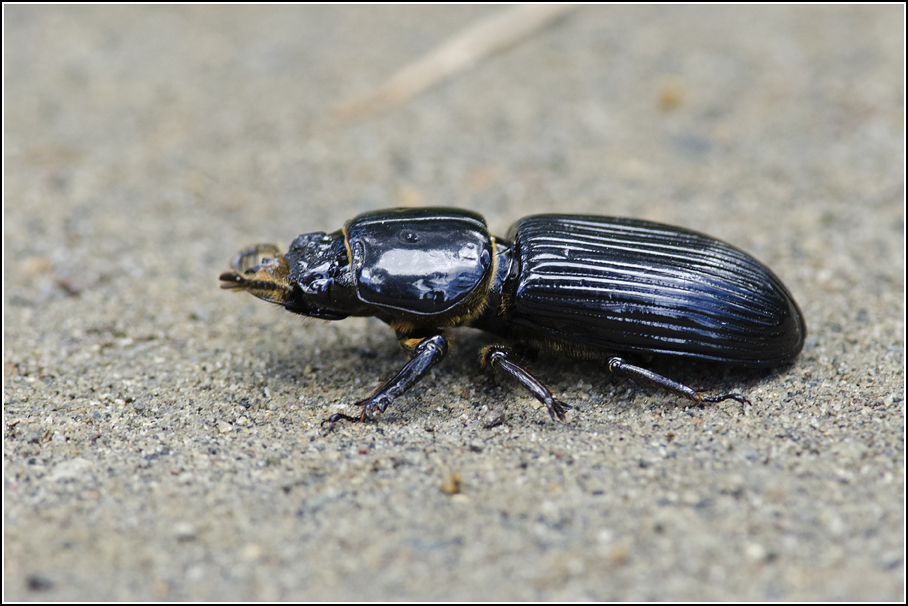 Gray-hooded Bush Tanagers were also new - this one obliged us by foraging at eye level at the side of the trail.


Back at the lodge for lunch and a quick siesta, Dave and I entertained ourselves by photographing some of the numerous Buff-winged Coronets terrorizing the feeders, while also keeping an eye on the banana feeders sometimes frequented by tanagers and finches. Several species of mountain-tanagers and some Slaty Brushfinches were the highlights for me!

We all went back out in the mid afternoon to see what else we could find. I finally managed some serviceable photographs of a Crimson-mantled Woodpecker - certainly one of the most visually pleasing woodpeckers I've ever seen.

But the main woodpecker highlight was a species a little larger. We heard some distant drumming which we figured must be from a Powerful Woodpecker - a massive, beautiful Campephilus woodpecker restricted to the Andes of Colombia south through central Peru. It took some stalking and quite a bit of patience but we were rewarded with half-decent views!

As afternoon turned into evening we stopped at a small building along the gravel road. They were selling beer so we made full use and had a few, toasting to the excellent day of birding that we had. Our day concluded with listening for nocturnal birds just up the road from the refreshment stand and we were thrilled to encounter a Swallow-tailed Nightjar perched on a dead snag! It was a female and so it lacked the long tail, but a cool bird to see nonetheless.

We finally walked back down to the lodge afterwards for a hearty dinner and a few more refreshments - it had been a perfect day wandering around the reserve and our final tally was 114 bird species. Albeiro was a huge help in locating many of these birds.

Our final day of birding before flying back to cold, snowy Canada was a day planned high up in the paramo habitat of Los Nevados, home of the Buffy Helmetcrest and many other incredible species, which I will cover in the next post.
Posted by Josh Vandermeulen at 09:00