Another year has come and gone, and as is tradition, I will summarize some of the highlights of my year from a natural history perspective.

I began the year by spending all of January within the boundaries of Ontario. As is generally the case, my work responsibilities diminished during the first couple months of the year due to the somewhat seasonal nature of consulting, affording me many opportunities to bird locally as well as embark on a few rare bird chases elsewhere in southern Ontario. The Smith's Longspur in Norfolk County persisted into the new year, while a Slaty-backed Gull frequented the Niagara River and Welland Canal near Thorold. I was ecstatic to finally catch up with the beast in Thorold where it provided a nice study and great photo ops.

It had been five years since I had added a new species to my Ontario herp list, so it may seem unlikely that January was the month for the new addition. Perhaps this is less surprising when that species is Common Mudpuppy, an aquatic salamander that is active year round. Dan Riley discovered a semi-reliable location for this species near Thorold, and I rushed over to finally see my first Common Mudpuppy in the province! That leaves Wood Turtle, Northern Dusky Salamander and Allegheny Mountain Dusky Salamander as the remaining species to see. I've saved the hardest ones for last!

In February I headed south to Cuba for the third winter in a row with Quest Nature Tours. Cuba is a charming country with some excellent natural areas including the jewel of the Caribbean, the Zapata Swamp. An extra day in this part of the country gave my group and I a chance to access the heart of the swamp, where we traveled by boat to find the localized and secretive Zapata Wren as well as Zapata Sparrow. Of course the rest of the trip was great as well, with surprises around every bend. Face-melting views of Cuban Tody, Blue-headed Quail-Dove, Cuban Black Hawk and the world's smallest bird, the Bee Hummingbird were just some of the avian highlights from Cuba, while several Hutia sightings and a variety of reptile species were also popular with this group.

Back in Ontario the days were beginning to grow longer though the temperatures remained consistently low. A Black-headed Gull that had been on the Niagara River reappeared along the Welland Canal near Port Weller for a few days, while two Pine Warblers managed to eke out an existence at Dufferin Islands in Niagara Falls.

March is a month of transition in southern Ontario. The first migrant waterfowl, blackbirds and Song Sparrows arrive with the first warm winds from the south, but winter always pushes back with a vengeance and easily sinks its icy claws back into the landscape. The highlight of the month was a road-trip to northern Ontario, where winter still gained the upper hand. Jeremy Bensette, Mark Dorriesfiled, Todd Hagedorn and I traveled from Timiskaming District to Hearst and back, stopping frequently for Northern Hawk Owls as they adorned the tips of some of the spruces along the way. Despite the thermometer rarely cracking -20 degrees Celsius on this trip, the very light winds and sunny conditions made it quite enjoyable to explore the boreal forest. Luck was on our side this trip; among numerous highlights some that stand out for me include a Gray Wolf at dusk along the highway, a great study of Hoary Redpolls at Hilliardton Marsh, exploring the Hearst 4 Burn where we found a half dozen A. Three-toed Woodpeckers and fifteen Black-backed Woodpeckers, and an incredible encounter with a Short-tailed Weasel and its Meadow Vole prey on a sideroad north of Cochrane. The north never disappoints.

Back in the south I enjoyed birding in Niagara, trying to get out as much as possible to avoid catching a case of the March blues. One particular day stands out in which Laura and I were successful in tracking down both Short-eared and Long-eared Owls.

April is one of my favorite times of the year in southern Ontario. The dynamic weather, emergence of flowers, snakes and frogs, and new migrant bird species arriving each day bring hope and optimism with each excursion into nature. Work was not quite in full swing yet, enabling many opportunities for me to explore natural areas close to home. One particular highlight of the month was an excellent long weekend in the Point Pelee area where I caught up with a variety of rare species, highlighted by finding a very photogenic Lark Sparrow near Sparrow Field at Point Pelee National Park. 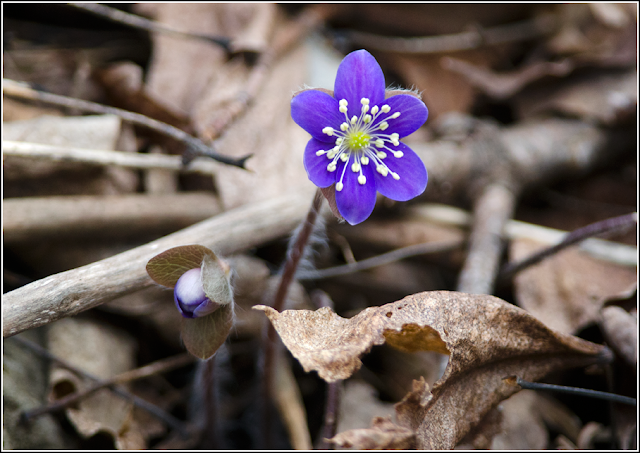 May is always an insanely busy month but I would not have it any other way. Bird migration takes up most of my time and this year was no different. I made it down to Point Pelee for three long weekends in May. The birding in this part of the province can be spectacular, but even on the slow days it is fun to catch up with many of the fellow birders who have descended on the park. This year there was a notable emptiness in the park as it was the first spring at Point Pelee without Alan Wormington.

During one particular weekend Laura and my parents were able to make it down to the park for a few days of birding. This was undoubtedly one of the highlights of my year as I was able to share my passion with three of the most important people in my life. All three of them were successful in obtaining their hundred species pin, despite the less than ideal weather conditions.

I was asked by the Ontario Field Ornithologists to be their guest birder and take part in the Great Canadian Birdathon in 2017 to raise money for bird conservation. I roped Jeremy Bensette and Dan Riley in, and together we completed a Big Day within the Point Pelee Circle. While the birding that day was somewhat slow, we still managed a respectable 130 species, and more importantly helped raise several thousand dollars for conservation.

While Point Pelee is always a blast I had just as much fun birding some of the local hotspots in Niagara. There are only a handful of local birders meaning it is unusual to come across someone else on the trails or along the shorelines. This increases the sense that a rarity could be lurking around every bend since there is not the thought that all the other birders have picked an area clean. Port Weller is my favorite birding location within Niagara Region and I had some great days in May. The first day of the month in particular sticks out due to the fallout of songbirds I experienced. Hundreds of warblers and sparrows filled the trees and bushes along the pier, including a Louisiana Waterthrush, a species recorded less than annually in Niagara. While waiting out a massive storm at the end of the pier that day I also spotted a Purple Sandpiper. I don't know if I'll ever have a day at Port Weller to rival May 1, 2017, but it won't stop me from trying!


Part 2 will cover the months of June through December of 2017.
Posted by Josh Vandermeulen at 12:35

Thanks Josh, for including the photo of Alan's bench.
A time to reflect on a lost friend in our birding world.

Very cool blog. I just stumbled upon it while searching for herps in ontario. It's very engaging and inspiring! I'm just wondering how you can take so much time off of work to travel? I'm a little jealous and would like to know how you accomplish this.
Thank you so much,
Frank

He will continue to be missed! There will never be another one like him, that's for sure...