As is usually the case, I spent the month of June crisscrossing the province completing bird surveys. While doing some work near Hearst on June 4 I popped into the nearby sewage lagoons, some of the best in Ontario, and found a Willet. While being a somewhat regular spring migrant in southern Ontario, Willet is a rarity in the north with only one previously accepted record for Cochrane District.

Several other unusual birds were discovered in the province during June, two of which I was able to chase in between work trips. The Violet-green Swallow that Chris Johnston found in Thunder Bay is on the short list for bird of the year in Ontario. While driving to Thunder Bay and back was out of the question for me due to my busy work schedule, I was able to arrange to fly there and back using points, taking Jeremy Bensette along for the trip as well. Not only did we have superb looks at the swallow, but it was relatively tolerant of us and we managed some good photos as well. The second "mega" that I chased was a Magnificent Frigatebird that hung out in Leamington for a few days after being discovered by Michael Malone and Joan Walker. This was a first sighting ever for the Point Pelee area.

One of the big storylines in the Ontario birding scene was the push of Dickcissels, a mid-western species, into southern Ontario. This species is well known for having a somewhat plastic breeding range with individuals regularly turning up at locations at the periphery of the species' typical distribution. With over 20 counties in Ontario reporting Dickcissels, and with hundreds found throughout the southern part of the province the summer of 2017 experienced one of the biggest Dickcissel invasions in modern times. It was fun seeing Dickcissels in at least 13 different counties, providing a great opportunity to study their breeding behaviour.

The month of July began in much the same way that June ended, with frequent traveling across southern Ontario to complete breeding bird surveys for work. For an avid naturalist this is a great situation as not only do I sometimes find interesting things on my job sites, but I am often in a part of the province that I do not visit on my own very often. Once the surveys wrap up in the late morning I sometimes have the rest of the afternoon to explore nearby areas.

Some highlights from July include finding a couple of Sedge Wrens in Simcoe County, a Boreal Owl near Chapleau, and successfully chasing the Tricolored Heron that Paul Prior found at Tommy Thompson Park in Toronto.

In July I began noticing Fish Crows occasionally in my neighbourhood (northern section of Niagara Falls), and by August sightings had become a near daily occurrence. While I wasn't able to confirm successful breeding in Ontario for the first time, I did have a few interesting sightings, such as several recently fledged birds on the hydro wire across from my house. Clearly they are breeding somewhere locally! I also discovered a Fish Crow roost numbering at least 55 birds in one of the local cemeteries; easily the highest number of this species ever recorded in Canada. It will be interesting to follow this push of Fish Crows into the province via the Niagara Peninsula in upcoming years.

I explored mainly in Niagara during August. Some other highlights from the month included chasing a Red Knot that Ryan Griffiths discovered near Port Colborne, and experiencing a great lakewatch at Port Weller that included three Sabine's Gulls and a Black Tern. As I've mentioned before Port Weller is my favorite birding location in the region and it is always fun to add new birds to the list. The lowlight of the month was having my camera, teleconverter and 300 mm lens stolen so photos in this post from August are a little sparse. "Dipping" on the Wood Stork at Point Pelee by less than 5 seconds was also a little soul-crushing - there will be another one eventually!

It would be remiss of me to not mention the biggest highlight of my year, even though it may not be related directly to birds or herps. On September 9 Laura and I tied the knot, surrounded by family and friends at the University of Guelph arboretum. The day was perfect and Laura and I are grateful that we could celebrate with so many of our closest people. Thank you to everyone who helped make the day special for us! 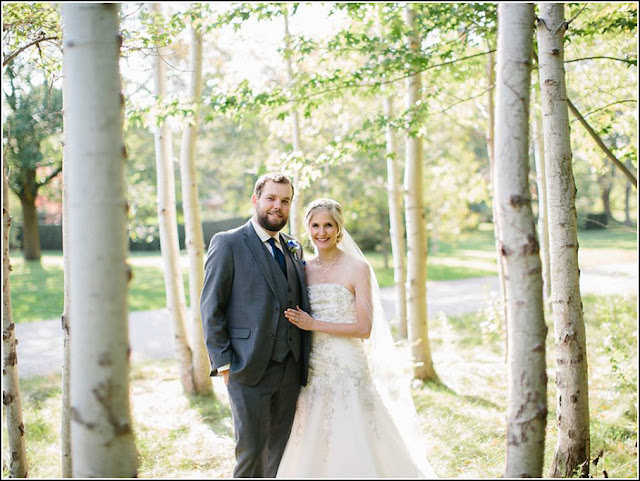 Between the wedding in Guelph and a second celebration in Nova Scotia, the month was very busy with fewer natural history highlights than I usually have in September. For my bachelor party we headed up to cottage country to look for snakes; it sure beats going to Vegas as far as I am concerned. Along the way my brother and I stopped to see a Yellow-crowned Night-Heron in St. Jacob's, which represented the first record for Waterloo Region.

Locally in Niagara I managed to occasionally to take in some songbird migration along both the Lake Ontario and Lake Erie shorelines. Marcie Jacklin made a great find with a Connecticut Warbler north of Fort Erie which I was fortunate to see, my first for Niagara. Thanks Marcie!

In October I visited Asia for my first time as Quest Nature Tours had offered a Borneo tour to me; needless to say it was an offer I could not refuse! For nine days I rented a car and explored the western part of Sabah Province, located in the Malaysian side of the island. From there I took an internal flight to the eastern part of Sabah province where I met up with my group. We traveled for about eight days in Borneo before flying to Bali for three days to finish the tour. Some of the highlights for me included marveling at the magnificent trees, finding several "flying" species including squirrels, frogs, a snake and a lizard, searching out many of the beautiful endemic bird species, locating four individual Bornean Orangutans, and finally encountering my first wild elephants. I am nearly finished editing all the photos so expect a series of blog posts in the near future about the Borneo trip.

November can be an exciting month and in 2017 it was incredible, in terms of rare birds found throughout Ontario. The highlight of the month for me was being at the right place at the right time (and with my camera ready) when a juvenile Long-tailed Jaeger flew past Van Wagner's Beach in Hamilton on November 4. This bird represented one of the latest records of Long-tailed Jaeger for the province.

In mid-November an Anna's Hummingbird was reported to the birding community after it had been discovered frequenting a bird feeder in Carleton Place. I quickly made plans to chase the bird, a species with only a couple of prior records for Ontario. Fortunately the Anna's showed well, as did a Black-throated Gray Warbler in nearby Ottawa later that morning. Several other notable rarities that I observed in November included a Mountain Bluebird in Waterloo, a Townsend's Warbler in Rondeau, and a Northern Gannet in Hamilton. The gannet was a special bird as it was the record-breaking bird as part of Jeremy Bensette's Ontario Big Year, and it was memorable to share both the record-tying bird (Mountain Bluebird) and the record-breaking bird with him.

I tried to explore Niagara Region as much as I could during the month. Gulling was excellent as is expected, while some of the fun birds I caught up with included a Brant at Crystal Beach and a Franklin's Gull in Fort Erie.

December was a bit of a quieter month for me. Work was extremely busy with a big push to get several big reports out the door, and the cold temperatures, frequent snowfalls and limited daylight were not conducive with frequent birding excursions...or maybe I am just getting soft. I did see a Long-eared Owl near Port Colborne, only my second ever in Niagara Region, and successfully chased a male Tufted Duck in Mississauga, which was a new bird for my Ontario list. This was my fifth new Ontario bird in 2017, after observing Brambling (March 18), Violet-green Swallow (June 14), Tricolored Heron (July 22) and Anna's Hummingbird (November 13). I also co-led the OFO Niagara Gull Trip with Marcie Jacklin and Jeremy Bensette which was certainly a highlight of the month for me. With around 150 people attending it was a bit difficult logistically, but the weather cooperated (10 degrees, calm and sunny!) and the birds did too. The long staying Black-legged Kittiwake below the Falls was a life bird for many who attended, and there were smiles all around. I was surprised to spot a few N. Rough-winged Swallows hawking insects over the river, a good record for December.


Posted by Josh Vandermeulen at 18:07