I mentioned in a previous post the quartet of bird species that are high on the target list of any visiting birder to the mountains of Guatemala. They are the Horned Guan, Pink-headed Warbler, Belted Flycatcher and Azure-rumped Tanager, and each of these four species has a very limited range in Chiapas, Mexico and south-central Guatemala. We had lucked into excellent looks of both Pink-headed Warbler and Horned Guan earlier in the trip, but the latter two species remained. Los Tarrales Nature Reserve is fairly reliable for Azure-rumped Tanager but Belted Flycatcher can be a difficult species to find. This long-crested, attractive little flycatcher lives in thickets and deciduous woodland in the hills and is perhaps most reliable in the scrub around Lago de Atitlán, but even here they are not exactly easy.


One place where Belted Flycatchers are fairly reliably seen is Cerro Rostra Maya, the prominent land-form seen across from our accommodations at Ecohotel Uxlabil. One of the most popular tourist activities at the south end of the lake is completing a pre-dawn walk up the mountain to see the sunrise. While reading up on the hike, we discovered that there were numerous reports of robberies up on the mountain. Guys with machetes are known to frequent this area, targeting tourists on their way down from seeing the sunrise. Apparently the police often let these attacks happen, and even some of the local guides do not try to prevent them. We had several thousands of dollars worth of optics with us so we debated whether it would be worth it to attempt the hike.

Ultimately, we elected to brave the trail but we attempted to reduce our chances of getting robbed. We decided that we would leave later in the morning to beat the rush of the sunrise crowd, which is when most of the robberies occur. We also determined that we would not hike right to the top, where most robberies happen. And finally, we would leave behind all of our valuables except for our binoculars.


In the end, none of this mattered since banditos did not appear and we experienced no troubles during the hike. Dan and I were a little unprepared because we did not realize how long the trail was (and how much elevation was gained), so that by the end we were thoroughly famished and thirsty. But it was more than worth our while as we had a number of excellent bird sightings. These included our first Lesser Roadrunner and Gray Silky-Flycatchers, some singing Blue-throated Motmots and Singing Quail, at least 50 White-throated Swifts overhead, and great views of Chestnut-sided Shrike-Vireo.The Belted Flycatchers were playing hard to get, and despite checking some of the regular territories and sporadically trolling with playback we had to cut our losses. On the way back we tried one more time at an excellent looking ravine. Suddenly a small flycatcher flew up to a branch and perched in the open. It was a Belted Flycatcher! I frantically managed to get Dan on the bird, and we soaked in the views for a minute or so. We had both nearly given up at this point so spotting the bird felt like a minor miracle.

That afternoon we completed the drive to Los Tarrales Natural Reserve. Los Tarrales is located on the southeast flank of Volcán Atitlán. The reserve protects lands between 700 masl and 3000 masl, while the lodge itself is situated around 750 masl. We chose Los Tarrales since it has some of the better birding in Guatemala due to this large elevation gradient. The prices weren't terrible considering this is a lodge, either. Dan I had booked three nights ahead of time, giving us lots of time to explore the diverse area.

Soon after checking in, we decided to go for a walk around part of the property. We ventured towards a man-made pond, surrounded by secondary forest, regenerating vegetation, and bamboo thickets, and located south of the main lodge.

The birding was a little slow (not unexpected, given the time of the day) so we focused on looking for snakes, though without success. Several anoles were noted while we also photographed a variety of butterfly species.


One last hike was in order upon our return to the lodge. With an hour or two of light remaining, we strolled up the road towards the nicer quality forest. Along the way we investigated the dozens of hummingbirds feeding on planted Verbena along the roadside. Most hummingbirds were Ruby-throated, a winter resident, while we also picked out several Cinnamon Hummingbirds and a single White-bellied Emerald.

The walk was very productive, filled with new species. A Thicket Tinamou vocalized just after we entered the forest, while later we enjoyed great views of Yellow-naped Parrot, Collared Aracari, White-throated Magpie-Jay, Ivory-billed Woodcreeper and more. Central American Agoutis also proved to be quite common, especially in open areas and along forest trails.

A large fruiting tree near our accommodations appeared to attract a large number of birds and we made a mental note to check the tree in the morning. Among the tanagers, orioles and warblers, we also noted a small flock of Pacific Parakeets.


And right at dusk, we heard and then saw some White-bellied Chachalacas; yet another new species for the day. Our eBird checklist had 59 species for Los Tarrales; not a bad start for a few hours in the afternoon.

It had been a long day but we were not finished yet. For the first time all trip the night herping conditions were good. The weather was quite warm and the reserve had miles of trails, making us hopeful that we would finally encounter our first live snake of the trip. 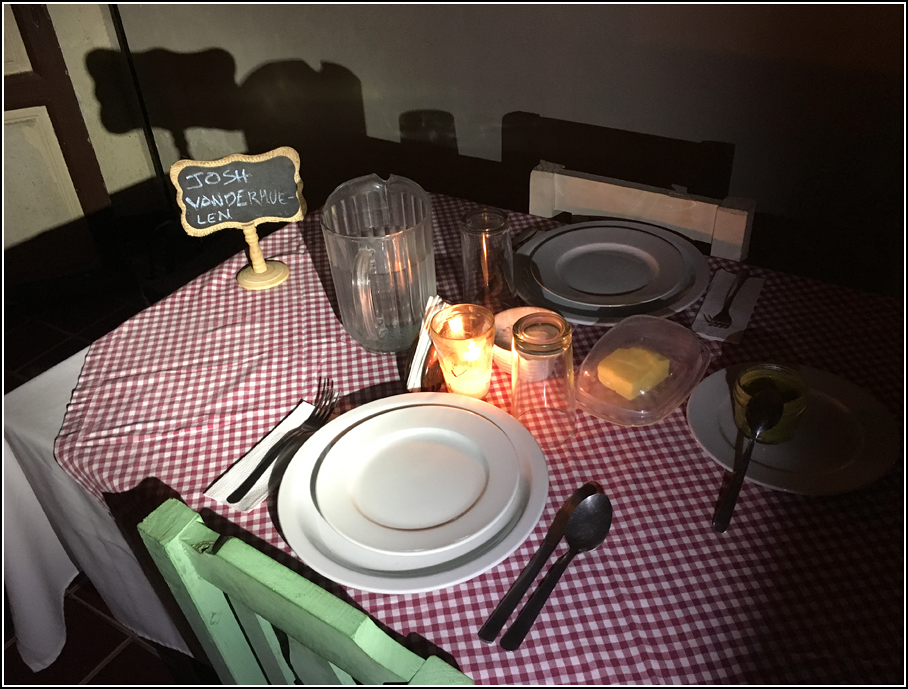 Following our romantic candle-light dinner (the power had gone out), Dan and I headed out on foot, full of hope for what the evening had in store. It did not take us very long to find our first snake. Dan discovered this Small-spotted Cat-eyed Snake (Leptodeira polysticta) crawling around the base of a concrete building. A round of high-fives ensued. We were on the board!


Meanwhile, Dan also turned up this Smith's Tropical Night Lizard (Lepidophyma smithii) under a board inside the same building.

We walked back towards the forest, passing through bamboo stands and secondary forest along the way. Alongside a creek many frogs were seen; most appeared to be Craugastor loki, Leptodactylus melanonotus or Lithobates maculatus. We also noted several scorpions, katydids, many spiders, and even some sleeping butterflies.

An hour later Dan made another great find with a snake. This beautiful, orange-and-black banded snake was coiled in a small plant, half a meter off the ground. At first we did not know what it was, though we figured it was in the genus Imantodes. It was only later that we were able to identify it as Imantodes cenchoa, a relatively common species found throughout the Neotropics, and usually referred to as the Blunthead Tree Snake. Neither Dan and I had seen one this brightly colored before which threw us off. This individual was just spectacular!


Blunthead Tree Snakes are impossibly long and thin, and it seems incredible that a species with such proportions even exists! They are a specialized arboreal species that rarely descends to the ground, and preferring to feed on lizards and frogs.

In the same area we also noted this moth which I believe is in the genus Letis.

We also apprehended one of the sleeping anoles so that we could take a peak at its dewlap. This helped to identify it as Anolis serranoi, a species found on the Pacific slope of Guatemala, El Salvador, and extreme southern Mexico.


Scarcely had we put the Blunthead Tree Snake back in its bush when Dan spotted another snake! This time, it was a Yellowbelly Snake (Coniophanes fissidens), which is a ground-dwelling species that is commonly found in secondary forest. Just like that, the score was Dan-3, Josh-0.

Soon I got on the board, spotting another Imantodes cenchoa in trail-side vegetation. It too was brightly coloured, though a tough duller than the first individual.


Things started to get crazy at this point. I noticed another Coniophanes fissidens on the path, already our fifth snake of the night. Then Dan and I began picking out more Imantodes at waist level, just off the trail. Most were identical in size, though one was an adult. When it was all said and done we had seen nine snakes including six Imantodes cenchoa. Neither Dan or I had ever had such a productive, snakey night-walk before. Normally if you see one or two snakes, you are doing well. We hypothesized that we saw so many snakes due to the great conditions and because the trail ran parallel to a small stream. The forest was also mostly secondary growth. This causes reduced diversity, but the species that are present can be more common. I doubt that we would have seen so many snakes in nice primary forest.


We felt shattered after another long day in the field and sleep came quickly upon our return to our room. What a day...