On the morning of March 22 we packed up at the Mountain House and drove to the Kilometre 76 Road leading to Providencia, a road which Laura and I had visited on our own, several weeks earlier. Starting at over 3000 m in elevation, this dirt road alongside the edge of Parque Nacional Los Quetzales cuts through beautiful montane forest and descends to 2000 m and beyond. We only had a few hours budgeted this time, but made the most of it. The highlight was a Resplendent Quetzal that showed well for my parents and Laura. I missed it, as I was walking back uphill to fetch the vehicle. I heard a singing Ochraceous Pewee during this time, but it refused to show itself despite my best efforts. This was one of the few Talamancan species I had not detected up to this point.

After a thoroughly enjoyable hour and fourty-five minutes on the Kilometre 76 Road, we climbed back into the Rav4 and left Parque Nacional Los Quetzales behind. Our destination for the night was the Orosí Valley, a location only around 40 kilometres from San José that is famed for its beautiful scenery, lush countryside, coffee plantations and quaint towns. We had a flight to catch the next day - this would be our final night in Costa Rica.

That afternoon, we relaxed in our excellent accommodations within the town of Orosí. I tallied close to 30 bird species from the front porch of our room; mostly common Costa Rica species, but nice to see regardless. A flyover White-tailed Kite was my first in Costa Rica. I tried to soak in the views of every species; who knows when I would have the chance to see them again?

That evening we visited a nearby restaurant that specializes in wood-fired pizzas. Laura and I had stopped here on our visit a few weeks earlier, and the pizzas were as delicious as we had remembered.

As dawn broke on March 23, the persistent vocalizations of Tropical Kingbirds, Great-tailed Grackles and White-winged Doves provided the soundtrack. A flock of Crimson-fronted Parakeets screeched overhead.

We enjoyed an excellent breakfast at a local cafe before making the short drive towards the entrance to Parque Nacional Tapantí.

To reach Tapantí, one crosses over the Río Orosí. The immediate environs at the bridge can be quite productive for birding; it has even been afforded eBird hotspot status. We stopped here and spent quite a bit of time birding the woodland beside the river and the scrubby fields along the roadside beyond the bridge.

Along the roadside just before the bridge, a covey of Black-breasted Wood-Quail ducked off the road. In the immediate vicinity of the bridge we saw our first Orange-billed Nightingale-Thrush and Rufous-capped Warblers in Costa Rica, a solid diversity of tanagers, warblers and flycatchers, and even a Green Basilisk that was resting a few meters from the water's edge.

Our species list drastically climbed as we explored some of the pastures along the roadside. Disturbed, open habitats are often productive birding locations, even if the majority of the species you find are widespread birds that easily colonize areas that humans have opened up. It is a superficial kind of diversity, as it can seem way birdier than a pristine tract of rainforest during one short visit. But given enough time, the undisturbed forest will produce a much higher list, including many specialized birds.

Photography is easy in these habitats. As it was approaching mid-day, the swirling clouds above us muted the harsh light from time to time.

Some of my favourite finds from along the roadside included Sulphur-bellied Flycatcher and Lesser Elaenia, two species that I have only seen before on a handful of occasions.

The clouds were looking more menacing by the minute. We drove towards the entrance gate to the park, but decided against forking out the cash for a few hours in the park. As the first few raindrops fell we enjoyed the sights and sounds of the forest flanking the entrance road.

The birds were active in the overcast conditions. We chanced upon a few small mixed flocks and enjoyed species like Emerald Tanager, Golden-browed Chlorophonia and Spotted Woodcreeper. Others remained hidden in the wall of green and were only appreciated by ear - Yellow-throated Toucan, Black-faced Solitaire, Buff-rumped Warbler. A Stripe-throated Hermit buzzed us, and a flock of White-collared Swifts chattered away high in the sky. I guess they are used to swirling gray clouds and erratic rain. As we left the forest behind and walked into the pasture, a Black Phoebe hunted from the fence line, unperturbed by the drizzly conditions.

We finished our walk, hopped back in the car and began driving towards to San José. With a little time left to kill, one final stop near Ujarrás was on the agenda. Laura and I had visited this area briefly on our earlier pass through the area, searching unsuccessfully for Cabanis's Ground-Sparrow. This time, we ventured down a narrow dirt track towards an overlook of Lago Cachí. This lake was created in the 1970s with the construction of the Represa de Cachí (Cachí dam), and it was chock full of vegetation from our vantage point.

We noted many wetland species including heard-only White-throated Crakes and a single Gray-breasted Crake, a typical selection of herons, and a distant Muscovy Duck. We also enjoyed stellar views of a Barred Antshrike and Tropical Gnatcatcher. As we left Ujarrás a group of roadside Collared Aracaris demanded one more brief diversion. And with that, we completed the rest of the drive and made our flight with plenty of time.

As I write this, more than a full year has passed since our flight departed Costa Rica and touched down in Toronto. It has been a challenging year for many people to say the least. With vaccine programs ramping up in some parts of the world, there is now hope on the horizon. Laura and I still very much have plans to return to Central and South America as soon as reasonably possible, perhaps as soon as this autumn (however, I generally have an optimistic, and not realistic, outlook).  There are still many unfinished chapters to write. 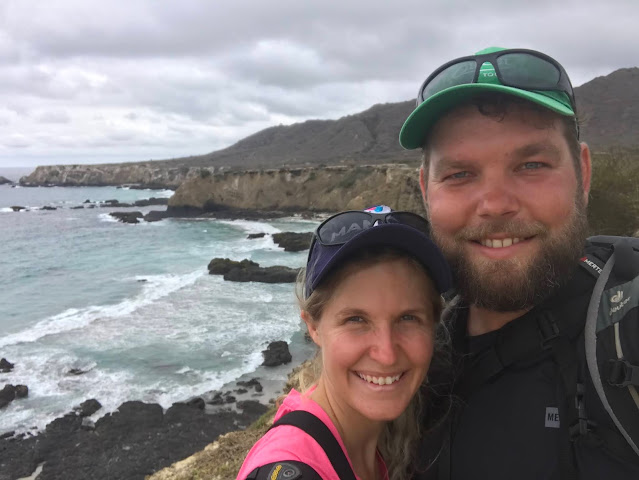 Posted by Josh Vandermeulen at 12:34

Josh, I thoroughly enjoyed your posts from your travels in Costa Rica, my favorite country. We treated ourselves, coming out of a year of lockdown from Covid, to two visits there this year, to our favorite lodge on the mainland shore of Golfo Dulce reached only by 25-minute boat ride, the last at the end of October. It is a place also chock-full of birds and wildlife, more so than any other place I have visited in the country, except the Osa where I have spent less time. I so appreciate your expressions of enjoyment/passion for what you are doing, it mirrors my intense enjoyment, but second, I appreciate that in most cases you are able to accompany your amazing photos with IDs, often sadly missing from such photographic explorations. It is clear that you and Laura make a great team!! Birds are also my main passion, but herps come a close second, but with far less experience in them than birds.
I am psyched to see that you have been recently traveling in Panama, my second favorite country--it and CR are my "second birding home", where I have taken groups of friends and family on several occasions for "naturalizing". Thanks for taking me along for the ride!